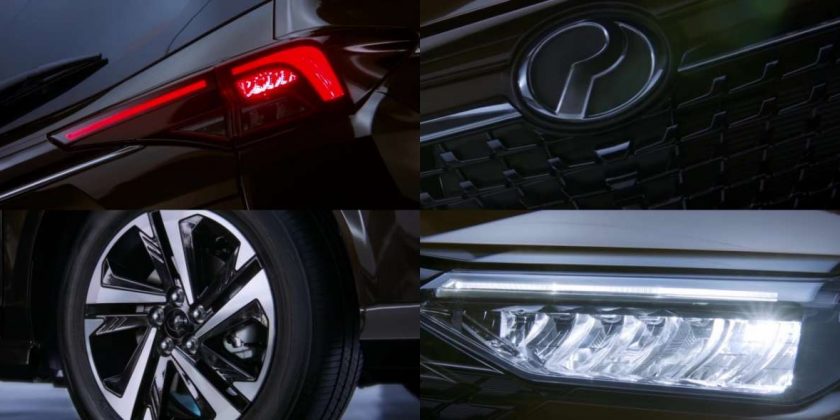 Perodua is back with yet another teaser for the 2022 Perodua Alza, which should be making its launch debut soon. In the new short clip, we are shown a few design elements of the seven-seat MPV that is the sister model of the latest Toyota Avanza/Veloz and Daihatsu Xenia.

Starting at the rear, the all-new Alza’s taillight clusters have an identical shape to those found on the Avanza and Xenia. The lighting signature looks similar too, but the Perodua MPV appears to have a chrome strip accompanying a body-coloured trim that links the clusters, just above location of the number plate.

On the other end, the Alza gets its own grille design with an insert featuring small L-shaped motifs that also integrate the front camera. The Perodua badge is placed just ahead of the bonnet shut line, with the bottom half extending into the grille from its place on a black trim piece. This look is more reminiscent of the Xenia, as both the Avanza and Veloz have a much larger and more prominent front grille by comparison.

Also seen at the front are the Alza’s headlamps, which appear to be Adaptive Driving Beam LED units that are standard with the range-topping 1.5AV. These come with an LED light strip at the top of each cluster that form positioning lights, while also doubling as sequential turn signals. The headlamps appear to be unique to the Alza, as the Indonesian-spec Avanza and Xenia have a subjectively less “premium” look to them without the LED light strips.

Another detail shown are the wheels, although their diameter is not clearly shown. The largest available wheels for the Avanza and Xenia in Indonesia measure 16 inches, while the Malaysian Veloz gets 17-inch units as standard. As for the interior, we’ve only been given glimpses, but we should expect the Alza to be a little different from its sister models.

You can find a spec-by-spec comparison here based on what we know so far, and once again, we should expect more teasers to be released as we near the launch date. Liking what you see so far?