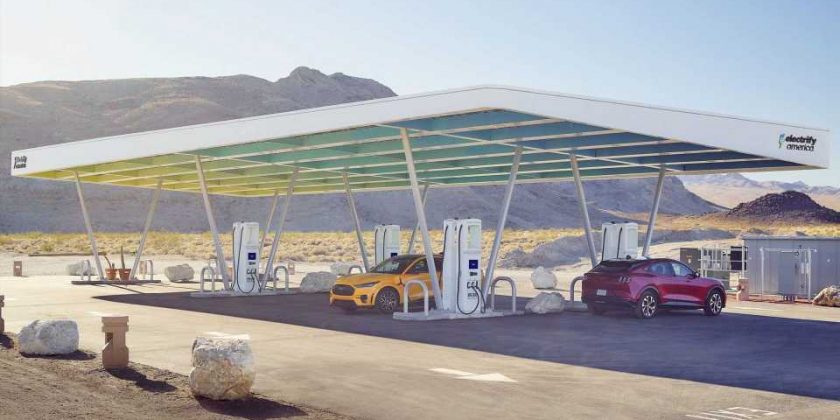 The growth of public fast-charging infrastructure is a major key to EV adoption, and it’s not just Tesla’s network that’s growing.

Public charging stations—both Tesla Superchargers and those from other companies—are multiplying like electric rabbits. According to a new report from the DOE, there are now 25 states that have at least 1,000 non-residential charging units (this includes both public chargers and private units, such as workplace and fleet chargers). California has by far the most: nearly 37,000 units. New York, Florida, and Texas have well over 4,000 each.

The state with the highest number of charging points per vehicle is Vermont. The rural state currently has some 768 charging points, which translates to 725 per 1,000 EVs, and 124 per 100,000 vehicles (all types). The state has various EV incentive schemes in place, so the infrastructure situation is expected to improve even further.

Unsurprisingly, California leads the US in the sheer number of charging outlets—there are currently some 32,000 available. However, the vast urban state has nearly 31,000,000 vehicles, so it takes second place in the rankings, with 124 chargers per 1,000 EVs, and 104 per 100,000 vehicles.

Rounding out the Top 10 are Hawaii, Maryland, Colorado, Rhode Island, New York and Washington. The Bottom 3 are Louisiana, Alaska and Alabama. The Rebuild Alabama Act, passed in 2019, includes funding to improve charging infrastructure, so the Heart of Dixie could climb in the standings soon.