February, you say? Raining and cold in America? Perfect time for a new convertible supercar! 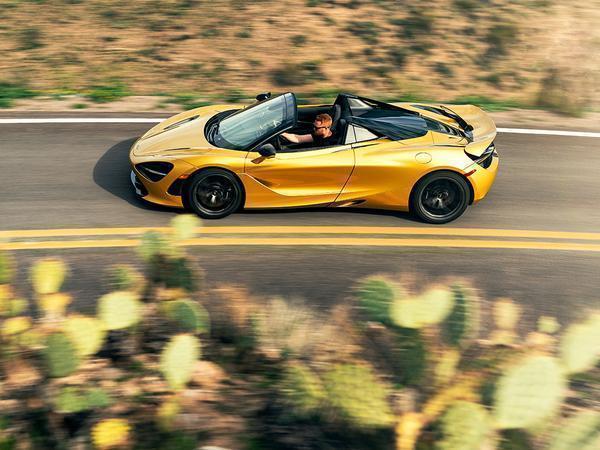 Never underestimate the importance of a drop-top supercar to McLaren Automotive. While first thoughts of Woking’s wonders may turn to focussed coupes like the P1 and 675LT, the range of Spiders has accounted for very nearly a third of the cars which have left McLaren showrooms since the 12C’s introduction in 2012. For this year, the expectation is that convertibles will make up 50 per cent of sales, this new 720S Spider joining the 570S and 600LT in the range to broaden the offering. Don’t be surprised if one day convertibles are the majority, either, given how close the roadsters tend to be to their coupe counterparts dynamically while also adding that dash of cabrio glamour.

Point being that the introduction of the second generation Super Series Spider is a very big deal for McLaren. The 720S is described as possessing the ‘core supercar DNA’ of the brand, with the ambition being for this Spider to create the ‘most complete convertible supercar’, bringing together performance, usability and, interestingly, visibility for a compelling overall package. To that end the Coupe and Spider began development together, to ensure as many parallels between the pair as possible, before the standard 720S was prioritised for its earlier launch.

There’s also a host of new technology to move it on from the old 650S and ensure its competitiveness against some extraordinary rivals – the Ferrari 488 GTB and Lamborghini Huracan Performante Spyder the two most notable. So instead of using the same Retractable Hardtop as seen in the Sports Series cars, this 720S has a new roof of fewer moving parts that’s electrically rather than hydraulically operated, meaning it can be raised or lowered faster (11 seconds versus 17) and at a higher speed (31mph against 19mph) than in a 650S. This car also uses a new evolution of McLaren’s carbon tub – now Monocage II-S, the first Monocage being used for the P1 – which is said to provide all the stiffness of that used in the coupe, while also keeping handy features like very slender A-pillars (don’t forget about that visibility). Using carbon for the rollover protection system (instead of steel previously) has reduced both the size and weight, while also further helping rigidity. 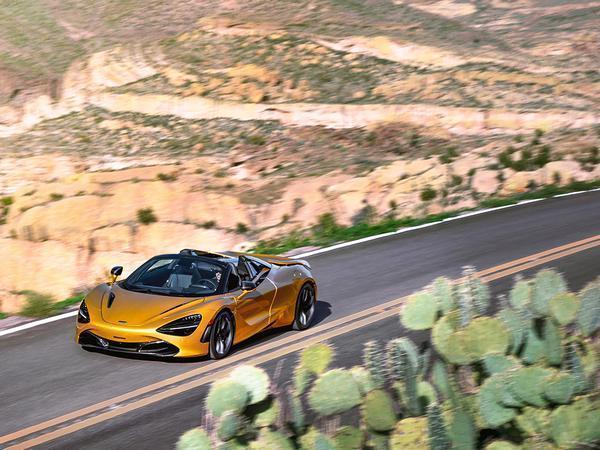 Then it gets really clever. Patents have been registered by McLaren for both the synchronicity of the motors and the glazed rear buttresses, the former to improve speed and quietness of the roof mechanism (apparently half as loud as a 650S), the latter to aid over the shoulder visibility – a goal helped further by a lower rear deck and the smaller rollover protection. Everything has seemingly been designed to make getting around in this 200mph, mid-engined supercar as simple and stress-free as possible: the header rail has been moved 80mm forward, the doors open to narrower and lower maximums than a 650S, and there’s even a recalibrated B&W sound system for the best top-down experience of your tunes. Seemingly nothing has been overlooked to make the 720S most accommodating convertible supercar around.

Could that make it a little too polished, though? After all, convertible supercars are typically bought in spite of a lack of practicality and usability, not because of it. Flair and drama surely weigh more heavily than comfort or visibility; if that weren’t the case Lamborghini would have gone out of business a long time ago. Great though McLarens have so often been, that slightly juvenile sense of theatre to the cars as objects has arguably been lacking – and sorely missed in a market where it often accounts for so much.

That’s no longer the case with the 720S. Oh sure, the design has been meticulously honed to deliver the best aerodynamic balance and heat management and, of course, visibility – this is still a Woking product, after all – but it’s also a stunning thing to look at. That uncertainty that surrounded the coupe’s design, from here at least, is gone, the Spider oozing supercar presence with just the right combination of stance, aggression and fine detailing. It treads a very fine line, appearing bold without being brash, showy but not silly and exciting yet not too extroverted – it’s exactly what you would want from a flagship McLaren supercar, put simply. Look at a 12C Spider by comparison, and its relative awkwardness roof up or down against a 720S is clear. 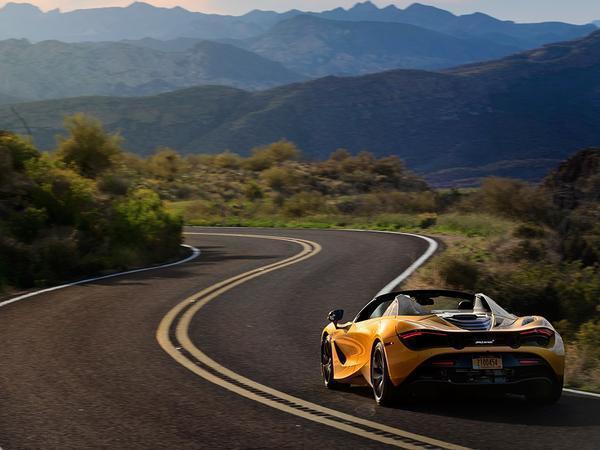 Looks are subjective, though, for something more tangible it’s worth reiterating just how little the Spider should lose to the Coupe thanks to that minimal 49kg weight gain. In fact, it’s also worth pointing out that, by McLaren’s favoured ‘lightest dry weight’ measurement, a 720S Spider is 38kg lighter than its 650S equivalent, not a car renowned for its paucity of power or excess weight. What that means is a power-to-weight ratio of 540hp per tonne, the ability to reach more than 200mph roof down and a 0-186mph time just a second behind the coupe – 22.4 seconds, in case you’re interested.

So there’s all that to be enthused by, the fantastic 720S to build on as a foundation and the promise of this Spider representing the broadest range of abilities of any McLaren… What a shame, then, that there was so little chance to test it. The launch route for the Spider was comprised almost entirely of State Trooper-patrolled Arizonan highway, mind-numbingly straight and with nothing capable of taxing a car as patently able as a £250k McLaren. Shame.

But next day there’s a short photo route – we’re saved. While the fear of a police presence never subsides, finally there are some corners, crests and undulations for the 720S to deal with. And, unsurprisingly, the Spider proves itself as capable, enjoyable and plain brilliant as the standard car – there really is no discernible difference. Only more noise, should you choose to have roof or rear window open. It remains a fluid, supple, involving sports car, only one with three times the power of a supercharged Lotus Elise. So as a driver you can revel in the control weights, the steering and visibility, or you can experience acceleration not far off what a P1 is capable of. Maybe try a combination of the two. 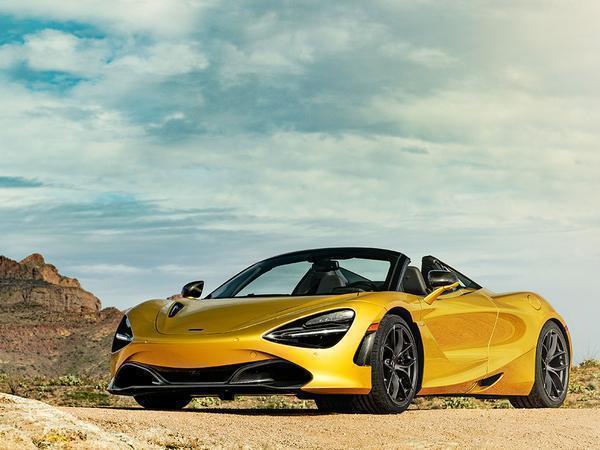 Pair those attributes with a cabin that really is extremely quiet, contributing to a real sense of peace and calm when the driving pace is less frantic, and the result is a car of huge depth and capability. It can be as approachable and easy-going, or as fast and ever-so-slightly furious, as the situation dictates. Put simply, all that makes the Coupe so good has most certainly survived the transition: the steering is lucid and quite lovely, in fact, perhaps the biggest dynamic advantage over its key rivals. Either it’s that or the structural rigidity, this car shrugging off the very worst tarmac that could be found without any hint of shake, rattle or roll. ‘Serenity’ is what McLaren was said to be aiming for; odd goal though it may sound for a car of this remit, it’s been achieved here.

Other points of note? A few. The electrochromic roof, despite adding £7,500 to the list price and a couple of extra kilos exactly where you don’t want them, feels well worth having, making a light and airy cabin even more so. Seeing it fold away so seamlessly looks cool, as well. The V8 still doesn’t sound awe inspiring. The V8 is also still fast enough to have you creating new swear words – but you knew that already.

On a fleeting first taste, then, the McLaren 720S Spider has met all expectations and even surpassed a few – it really is a supremely quiet and comfortable convertible experience when required, as well as every bit as exciting as you would hope a car with 720hp to be. We’ve every belief that it will only ramp up the exhilaration and raucousness on a more extended drive back home – hopefully that’s some point soon. 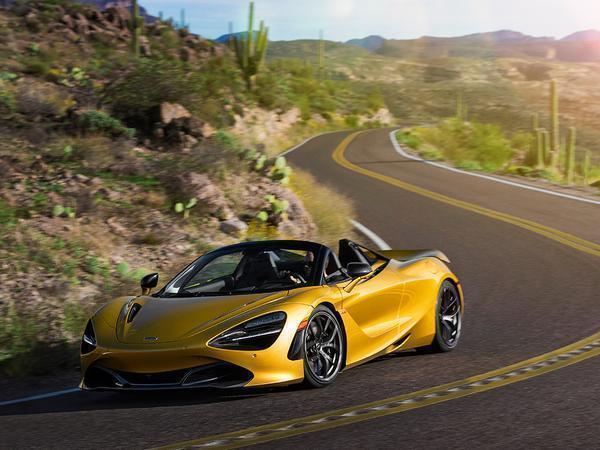 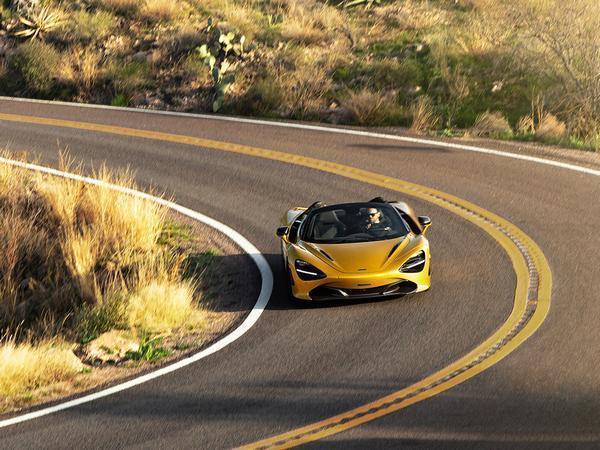 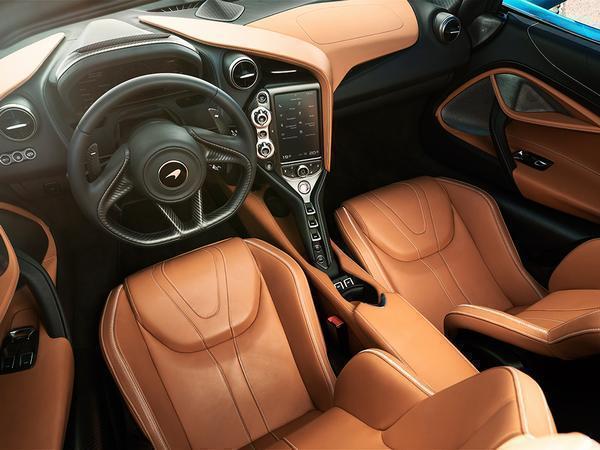 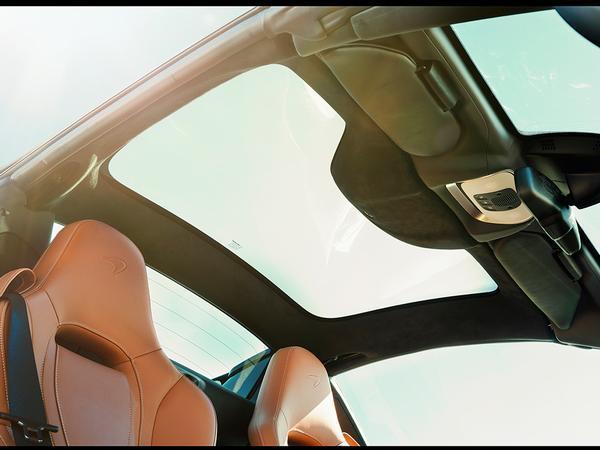 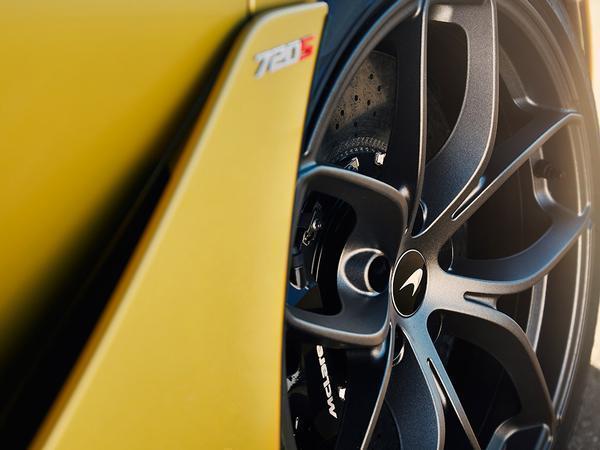 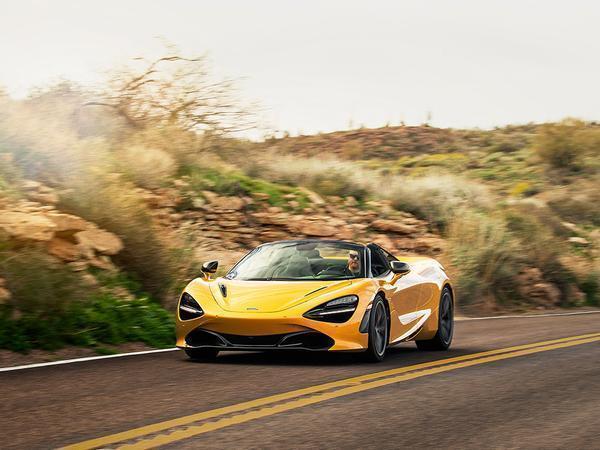 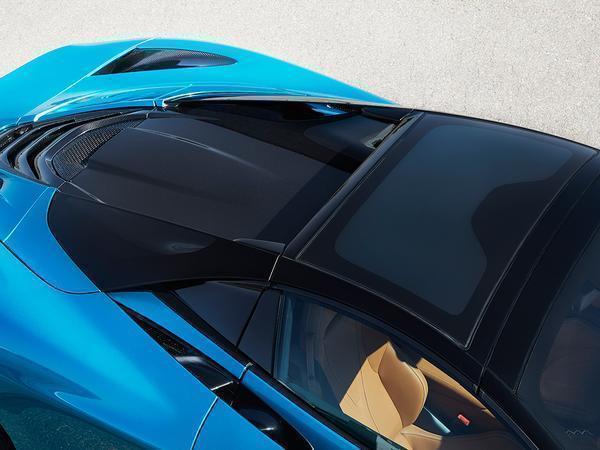 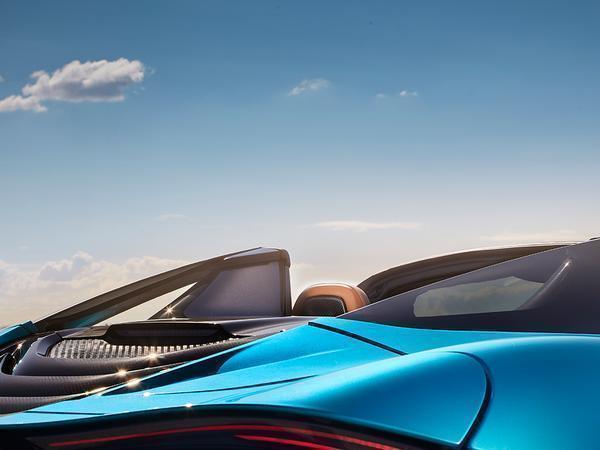 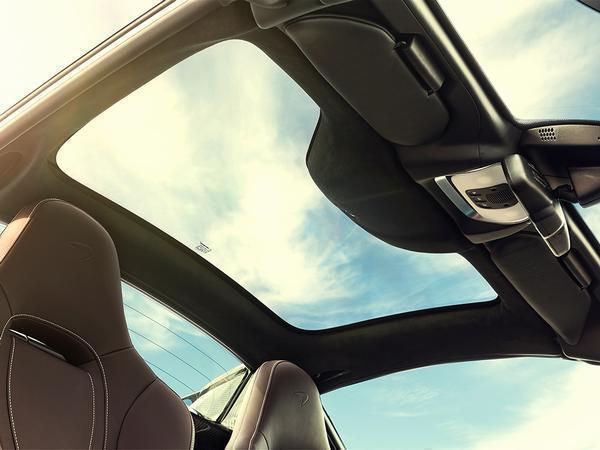