The 41st edition of the Dakar Rally was flagged off on January 6, 2019, in all its glory. Having earned the reputation of being one of the most challenging rallies ever, the 2019 Dakar Rally is being held only in Peru this year and was flagged off from the capital city – Lima. There are two Indian teams participating in the championship including Hero MotoSports Team Rally with three riders Joaquim Rodrigues, Oriol Mena and CS Santosh and the Sherco TVS Factory Rally Team with four riders Michael Metge, Adrien Metge, Lorenzo Santolino and Aravind KP.

Also Read: Dakar Rally 2019 To Be Flagged Off Tomorrow 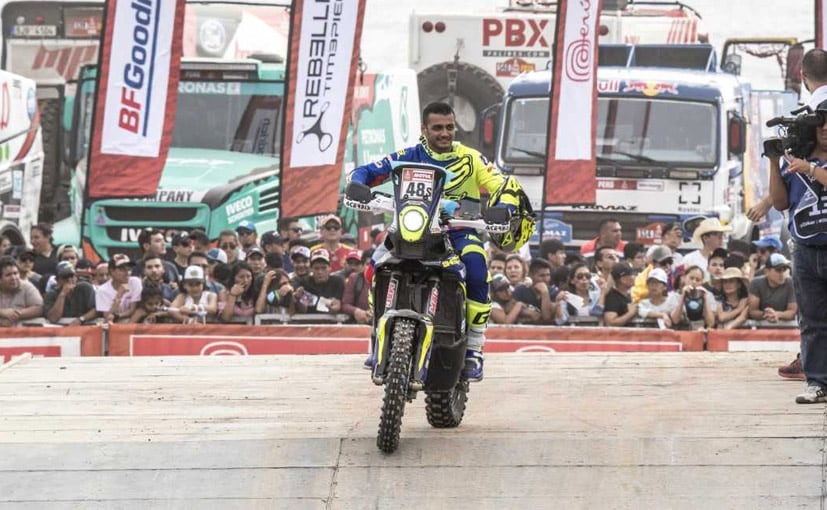 Sherco TVS’ Aravind KP at the ceremonial flag off at Dakar 2019 in Lima, Peru

With learnings from the previous years, both Hero and TVS are entering Dakar this year with a host of improvements. Sherco TVS’ Dakar-spec RTR 450 Rally motorcycle now comes with an improved cooling system an enhanced top speed of 180 kmph. The bike also gets specially designed pistons and a new diaphragm spring clutch and a higher capacity fuel tank.

Sherco TVS Rally Factory Team – Team Manager, David Casteu said, “The Sherco TVS Factory Rally Team has been training for Dakar extensively over the past year with impressive performances across International Rallies.  The team this year shares a great camaraderie, skills and are hungry for a top 10 finish.  Along with this winning combination, we are backed by an experienced technical crew who will help us maintain the RTR 450 Dakar motorcycle through the duration of the Rally. We have raced in Peru before, which is an added advantage. Overall, we are positive about exceeding our past performance in the 41st Edition of Dakar.” 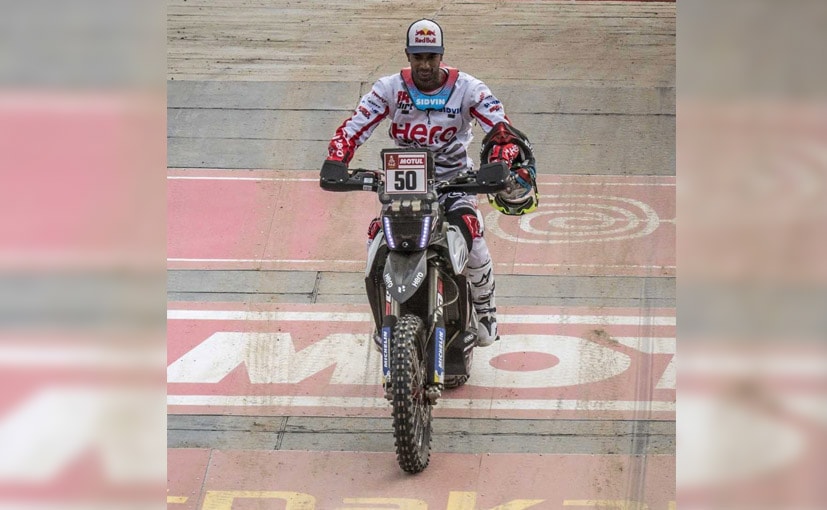 Hero MotoSports CS Santosh at the ceremonial flag off

Meanwhile, Hero MotoSports Team Rally is also entering the 2019 Dakar edition backed by strong performances in Indian and international rallies throughout last year, and a recovered Joaquim after a major injury sustained during the 2018 edition. The Hero 450 RR Dakar bike has also seen substantial updates for this year. 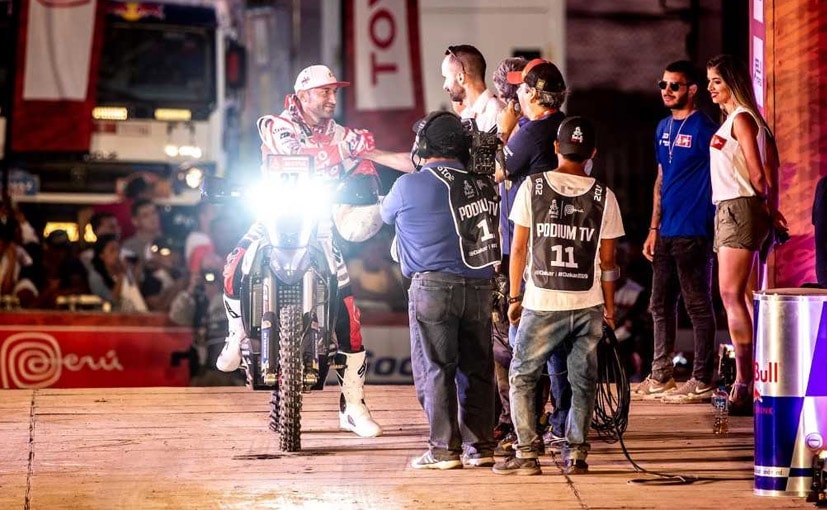 Hero MotoSports Team Rally – Team Manager, Wolfgang Fischer said, “We are quite excited to be here at the Dakar 2019 for our 3rd year now. We have had good preparations this year with some solid performances in the races and experience under our belt. The team has shaped up well both mentally and physically and we are very happy with the improvements made on the bike as well. JRod is back with the team so there is a lot of positivity in the camp. We can never predict an outcome in the Dakar, so our first aim is still to get the riders and bikes safely across the finish line every day.” 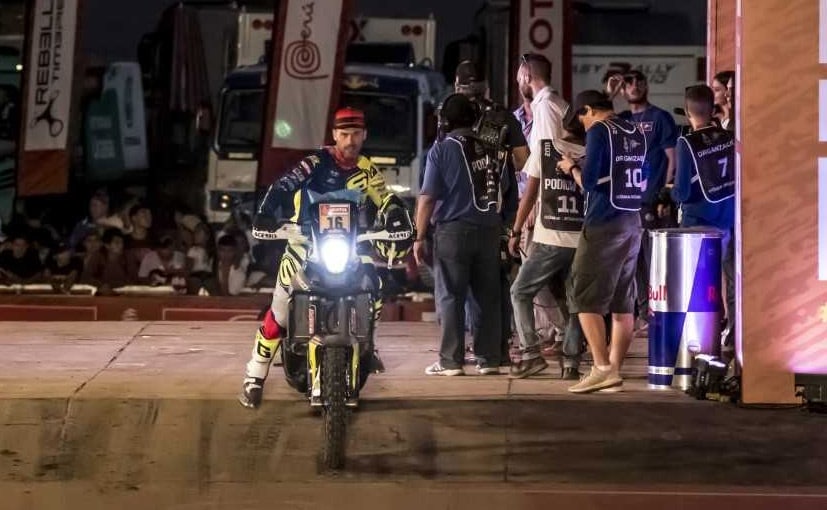 The 2019 Dakar Rally will see the participants traverse over a distance of 5000 km across 10 stages, which will include 3000 km of special stages and will be about 70 per cent sand dunes testing the endurance, technique and navigational skills of the riders. Stage 1 is all set to be kicked off on January 7, 2019 and will start from Lima to Pisco. The first stage will see the riders complete a 247 km stretch including 84 km of the warm stage.