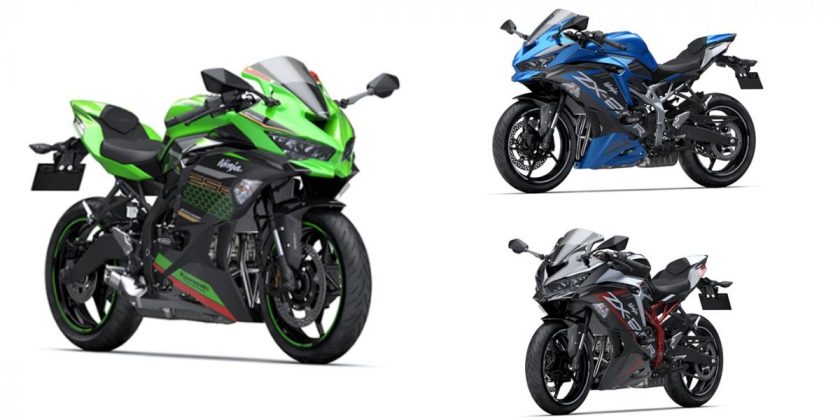 After its international market debut in Indonesia, the 2020 Kawasaki ZX-25R has had a second launch, this time in neighbouring Thailand. Unveiled during the Bangkok International Motor Show, the ZX-25R sports bike is priced at 269,000 baht (RM36,450).

Unlike the Indonesia market which gets two versions, Thailand riders only get one, the SE version which comes standard with ABS and quick shifter. Colours choices for our northern neighbour are also limited to two – black with red frame or Kawasaki green – unlike Indonesia which comes with one option for the standard version and three for the ZX-25R SE.

As written about in the Indonesia launch, the ZX-25R comes with an inline four-cylinder, liquid-cooled DOHC mill displacing 249.8 cc and produces 51 PS at 15,500 rpm (with Ram Air) and 22.9 Nm of torque at 14,500 rpm. The quick shifter equipped six-speed gearbox with assist and slipper clutch will propel the ZX025R to a top speed of 197 km/h.

Despite only having 250 cc, the ZX-25R comes with technology more commonly seen in larger displacement sports bikes like two ride modes, Full or Low, KTRC traction control and electronic throttle valves. Also standard on the ZX-25R is am immobiliser system.

Braking is done with a single 310 mm diameter disc with monobloc calliper on the front wheel while the rear wheel uses a 220 mm calliper. Suspension on the ZX-25R uses upside-down SFF-BP forks in 37 mm diameter in front, non-adjustable, while the rear Back-Link horizontal monoshock comes with preload adjustment.

Kawasaki says the ZX-25R weighs 182 kg and fuel is carried in a 15-litre tank, some three litres more than is typical for motorcycles in the quarter-litre class, perhaps indicating the ZX-25R is a somewhat thirsty machine. In Indonesia, the ZX-25R Standard is priced at 96 million rupiah (RM28,427) while the ZX-25R SE goes for 112.9 million rupiah (RM33,431).