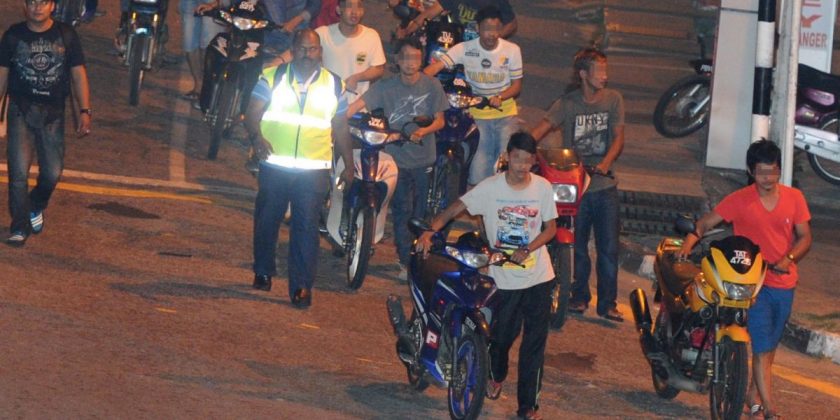 A proposal by Malaysian police to limit teenage and young adult riders to small capacity motorcycles is being studied by the Road Transport Department (JPJ). This was reported by national news agency Bernama saying JPJ director-general Datuk Zailani Hashim not decision has been made on the proposal as yet.

Any decision on such a proposal would have to be discussed in depth with the Malaysian Institute for Road Safety Research and the Public Works Department, Zailani is reported to have said. “The proposal was made due to the increase in the number of accidents and deaths involving high-powered motorcyclists involving youths, aged between 16 and 20 years,” said Zailani.

This issue was raised after an article appeared in portal Free Malaysia Today saying Bakri Zainal Abidin, deputy director of enforcement for Bukit Aman’s Traffic Investigation and Enforcement Division (JSPT) made such a statement in speech. From Free Malaysia’s Today’s report, this was taken from an audio of recording of the speech made in 2019 during the Road Safety Council (MKJR) annual general meeting in 2019. Bakri is quoted as saying, “new laws should be considered within five years for a new licence class for teenagers, where they will only be allowed to ride small engine capacity or low-powered electric motorcycles.” Additionally, in 2007, Consumers Association of Penang president, the late SM Mohamed Idris, urged the government to allow motorcyclists aged 17 to 21 to only ride motorcycles displacing 70 cc and below.

It should be noted there has not been a 70 cc motorcycle available for sale in Malaysia since the 1970s and such a motorcycle will struggle to reach a speed of 80 kmh. In discussion with industry colleague Albakry “Buck” Salehuddin of FSR Technology, who has extensive experience in mainstream journalism, riding motorcycles and currently engaged in motorcycle performance upgrades, this speed disparity makes it more dangerous for the rider.

“Can you imagine tooling up to manufacture a 70 cc kapchai just for the Malaysian market? It won’t happen because the Malaysian motorcycle market is so small, the cost of doing so will take millions (of Ringgit),” said Buck. Buck says a better solution is proper enforcement by the authorities, not just holding periodic traffic operations and ad hoc roadblocks as well as better driver and rider training from a young age.