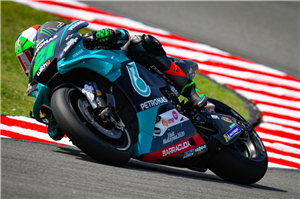 Adherence to government regulations and the Sepang International Circuit (SIC) board not wanting to risk the health of the Malaysian public during the Covid-19 pandemic led to the cancellation of the 2020 Shell Malaysia MotoGP. Adding into the mix is the current cross border travel restrictions imposed by many countries, including Malaysia, which means Malaysian racing fans will have to wait till 2021 for the MotoGP.

This was said by SIC chief executive officer (CEO) Azhan Shafriman Hanif during an online press conference on the cancellation of Malaysia’s premier motorcycle race. The cancellation has an impact on SIC’s bottom line for 2020, said Shafriman, but the shortfall will be made up, in part, with a focus on local racing and motorsports events.

“I don’t have the exact numbers as yet, but I can tell you the impact is substantial,” Shafriman said. “However, most of the SIC revenue comes from track days and other events, and we intend to increase the local events wherever possible,” he continued. “We are putting safety first and following government regulations regarding spectators at sporting events,” said Shafriman. “Dorna wanted a race at SIC but also insisted on spectators, which is something still not allowed under the current fourth stage MCO regulations,” Shafriman added.

Asked about 2020 Malaysian MotoGP ticket sales and refunds, Shafriman said some 25% to 30% of tickets for this year’s race were already sold. “For those who have already purchased tickets, refunds can be made by contacting SIC via our website or by email,” Shafriman said. For the future of MotoGP in Malaysia, race organiser Dorna’s contract with SIC for the Shell Malaysia MotoGP ends this year. With a 20-year history of MotoGP at SIC, Shafriman is confident the contract is likely to be renewed, despite this being the first time the race is not being held since racing began at SIC in 1999.

In a supplementary question on Formula 1, Shafriman said SIC was approached by series owners Formula One Group to hold a round as replacement for the cancelled Shanghai Grand Prix. However, without spectators, there would be no way to make a Malaysian Formula One round profitable after payment of the race fee demanded by Formula One, Shafriman explained.