On the market for a cool recreational vehicle, but don’t want to spend a fortune on it? Today’s your lucky day as we discovered a nice camper for less than $20,000. It’s not your typical camper van though, as it is actually based on a 1976 Chevrolet Blazer. It’s one of just 1,800 examples of the Chalet camper built and is in largely original condition.

According to the ad description, everything in the interior still works and is in generally good shape. There are a number of improvements over the standard equipment, including cold air conditioning running modern refrigerant and electronically controlled airbags for the rear end. The two-tone exterior paint is said to be still the original finish of the vehicle and the body is said to be rust-free.

This is a full-time 4×4 machine powered by a 400 SBC engine, which was recently rebuilt and given a couple of performance upgrades. In stock form, it was good for 175 horsepower (130 kilowatts) and 290 pound-feet (393 Newton-meters) of torque, channeled to both axles through a TH400 three-speed automatic gearbox.

The living area is not luxurious by any means but offers sleeping accommodation for up to four adults. You won’t miss anything though, as the equipment list includes a cooktop stove, sink, three-way refrigerator (capable of running on 12-volt, propane, or 120-volt shore power), camper heater, and others.

The odometer shows 70,000 miles (112,600 kilometers) and the ad description says this is indeed the original mileage of the camper. It’s not a fully restored example but a nice camper with original equipment that’s been cared for. And all that could be yours for $19,900. Hurry up before we buy it. 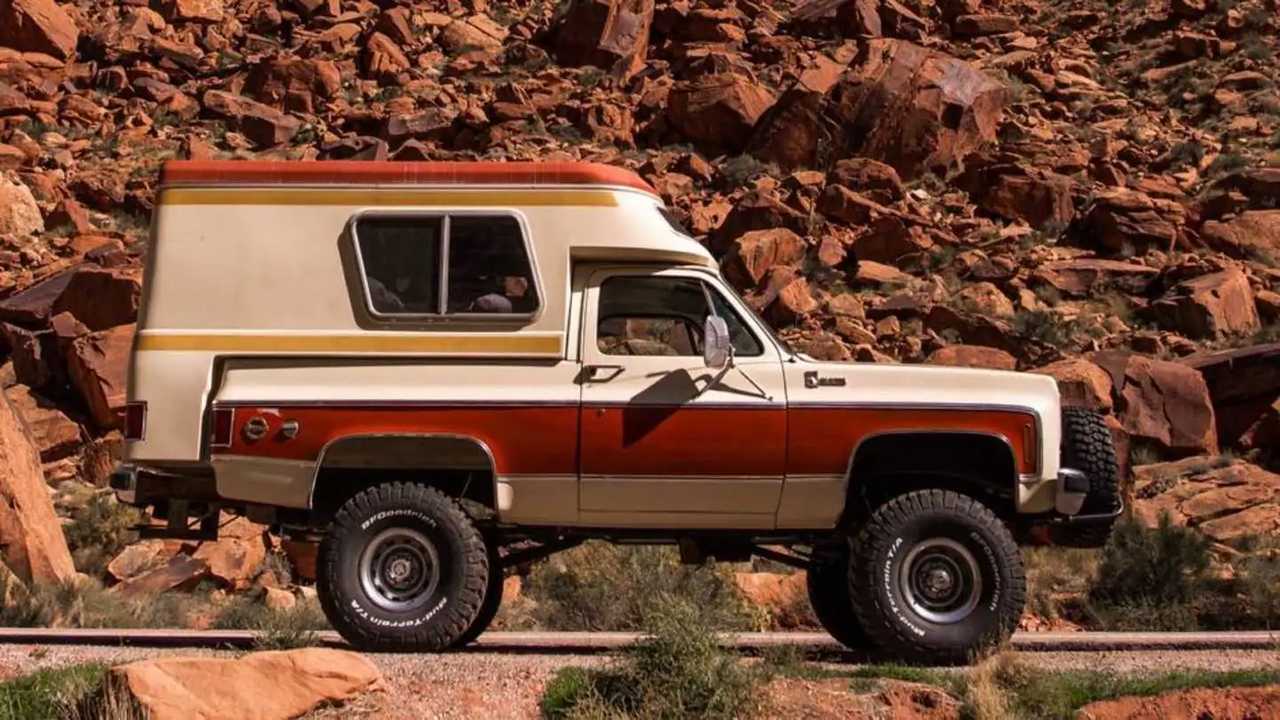