Verdict: The 2019 Mercedes-AMG GT 53 delights; with an impeccable interior and grin-inducing performance, it’s a true jack-of-all-trades.

Versus the competition: In most competitive vehicles, matching the AMG GT 53’s level of performance or luxury requires compromising on one trait or the other. Not here: This Mercedes gives you both in large doses.

Tossing the letters “AMG” in front of me is a good way to get my pulse to quicken, so to say I was excited to test this car would be an understatement. The 2019 Mercedes-AMG GT 53 is a new addition to Mercedes’ lineup, building off the two-door AMG GT that’s offered in coupe and roadster versions.

But while that car is a two-seat touring sports car, the GT 53 is something else. Mercedes calls it a “four-door coupe,” but there’s nothing coupe-y about it. It’s bigger and has the footprint (and shape) of a much more substantial vehicle — one that has go-fast aspirations and room for both people and things.

For 2019, Mercedes will offer three versions of this new four-door variant: the AMG GT 53, AMG GT 63 and AMG GT 63 S. I tested the least powerful and least performance-oriented of the three and didn’t find it lacking at all. The AMG GT 53 competes in an elite strata of performance sedans/fastbacks, including the Porsche Panamera, BMW 650 Gran Coupe and Audi S7. 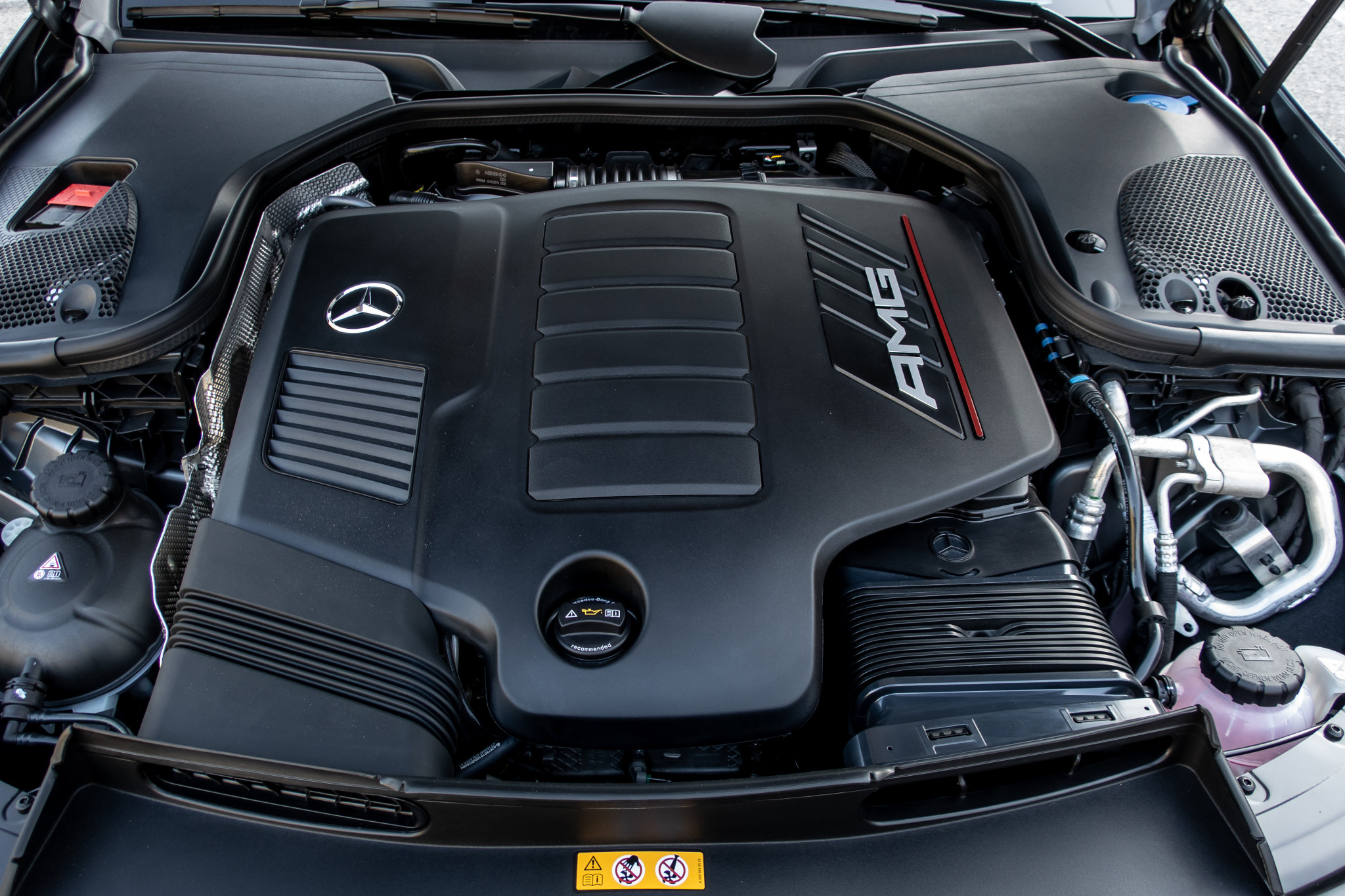 Under the hood of the AMG GT 53 is a turbocharged 3.0-liter inline-six-cylinder engine that makes 429 horsepower and 384 pounds-feet of torque. The powertrain also features EQ Boost, a mild-hybrid system that can provide bursts of power to help the engine along. With EQ Boost activated, the powertrain’s output jumps up to 450 hp and 568 pounds-feet of torque. This gives the AMG GT 53 very impressive off-the-line performance; missing a stoplight won’t be a frustration, it’ll be an opportunity.

The AMG GT 53 also features a standard nine-speed automatic transmission and all-wheel drive. The transmission doesn’t have the fastest shifts or near-perfect logic, like Porsche’s PDK gearbox, but it does stand out in one area: It’s ultra-responsive. Throttle inputs are met with an immediate jolt of forward motion — even in Eco mode — which damps the inputs; it still feels responsive, just not as sharp. The AMG GT 53 doesn’t offer the same electronic locking differential that’s found on the GT 63, but the all-wheel-drive system is still welcome. The sharpness of the powertrain feels like it could overwhelm the tires if there were only two driven wheels; four wheels is the way to go here.

My test vehicle came with the optional performance exhaust system ($1,850), and it’s good for many auditory delights when turned up. The neighbors might not have been happy with it, but the grin I wore up and down the block all week showed just how amused I was by the appropriate soundtrack of burbles and pops. Fuel economy is an EPA-estimated 19/24/21 mpg city/highway/combined. 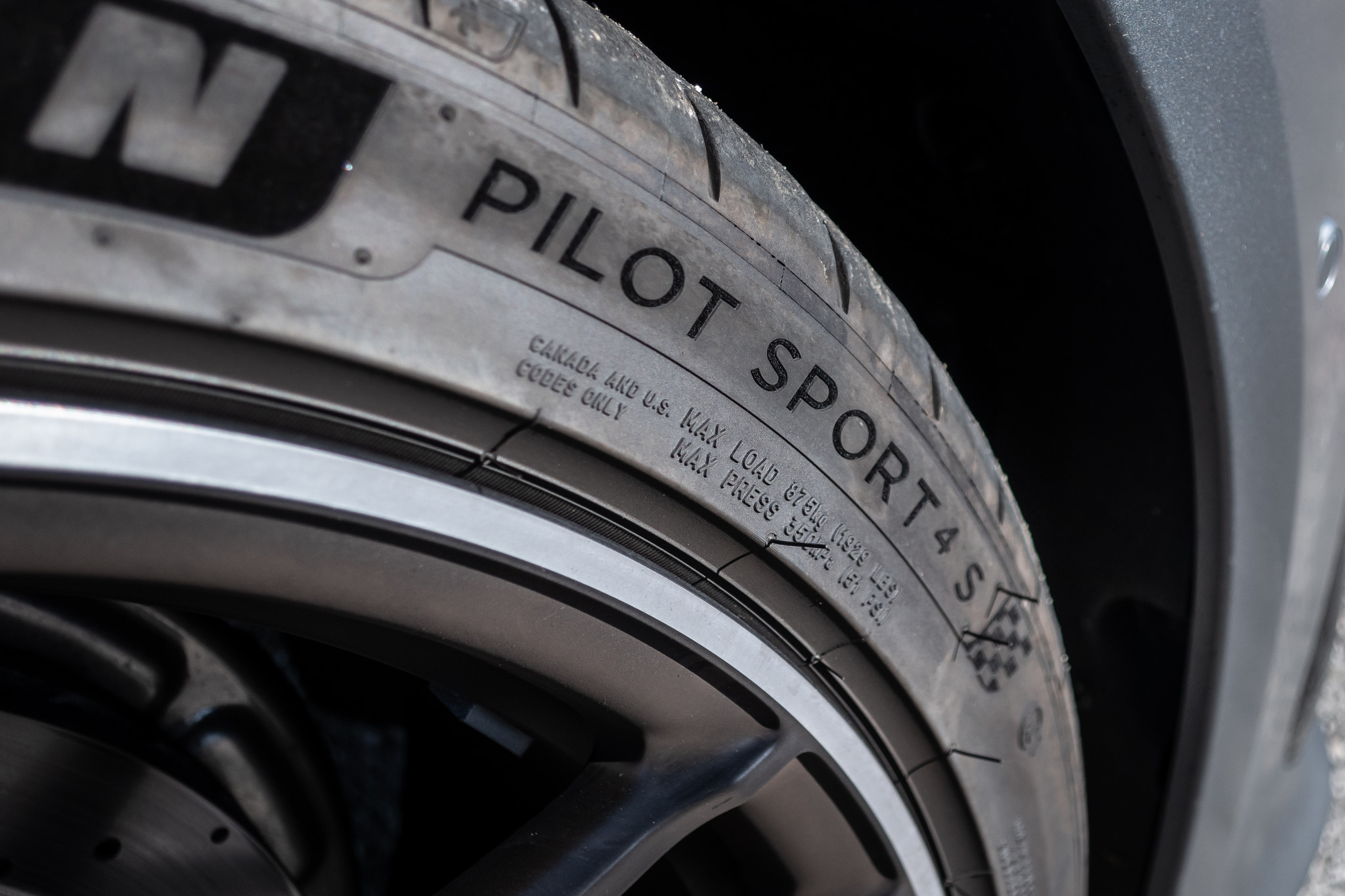 Though you won’t forget the AMG GT 53’s girth, it somehow remains respectable in corners. While first getting to know the car I was a bit hesitant to really toss it into a turn — it’s a big boy with a curb weight of 4,447 pounds, and it doesn’t come with the rear-wheel steering or electronic locking differential that Mercedes offers on the AMG GT 63 and 63 S. Over time, though, my speeds started to creep up, I started braking a little later and the AMG GT 53 somehow popped me out the other side of each turn with a yawn.

The standard adaptive suspension does a good job mitigating body roll without sacrificing too much feel. Other suspensions like this take away too much of the driving sensation. To be sure, a car that controls its mass is a faster car, but that type of vagueness is unsettling; if I’m not on a track, I prefer to feel the car move a little to let me know what it’s doing — and the AMG GT 53 does just that. Scroll through the car’s suspension modes and you’ll fine a perfect setting for each situation. It transitioned from sharp canyon-carver to luxury cruiser at the touch of a button. Same goes for the steering, which was amply weighted and provided plenty of feedback.

My test vehicle also came equipped with summer tires (Michelin Pilot Sport 4S) as a no-cost option, wrapped around $3,950 21-inch black AMG wheels. Putting on the right shoes goes a long way, both for dancing and for driving, and this rubber was a perfect match for the AMG GT 53. I know this all sounds effusive, but that’s because this is a very dialed-in car — the powertrain, the suspension and the steering all work in close concert to offer something that can feel elusive in luxury circles these days: fun.

I love interiors with a lot of color, so when I opened the door to the AMG GT 53 I let out an audible gasp — followed up by the fleet rep who dropped off the car saying, “I know, right?” The same thing that’s true about the driving experience (loud and luxurious) applies to the car’s insides.

The seats and interior styling are fantastic, but they don’t come cheap. My test car’s color was called Red Pepper, and wrapping the interior with it costs a cool $3,950. The headliner, which is a Black Dinamica faux suede, costs another $1,600. For a headliner! The Nappa-leather-wrapped steering wheel adds $500. Tack on $2,500 for AMG performance seats, $700 to make them multifunctional, and another $450 each to add heating and ventilation, and the price tag for the interior (without including a few other options) jumps up to nearly $10,000.

The dashboard looks deceptively simple, but it hides complicated secrets. Twin 12.3-inch widescreen displays are mounted side by side to give the appearance of one ultra-wide screen: The left one serves as the de facto instrument panel, while the right one controls the vehicle’s many multimedia functions and vehicle settings. The AMG GT 53 uses Mercedes latest system, called MBUX (pronounced “emm-bee-you-ecks” versus the “emm-bucks” I like more), and it’s a powerful — if rather convoluted — system. This car has a ton of customizable options on it and the menus can get labyrinthian. A new owner could easily take between 30 minutes and an hour getting the car set up the way they’d like, but once it is set up it makes quite a home.

The control scheme doesn’t really help matters. You can control the system via myriad voice commands, using the touchpad between the front seats, touching the screen itself or using a pair of controllers on the steering-wheel spokes that you scroll over with your thumbs. In my week with the car I ended up mostly using the touchpad or the steering-wheel controls for very simple operations because they get a bit finnicky. You do have to look down a lot to use this system; I wouldn’t recommend trying any new functionality when the car is moving unless you have a passenger do it.

This was thankfully not the first Mercedes I’ve tested with this setup, and that definitely helped. It has a steep learning curve that’s rewarding once you figure it out, but I fear the bar to entry might be too high for those who prefer simplicity. One more thing to note — Android Auto is not offered, only Apple CarPlay, so Android users will be forced to use the native system. 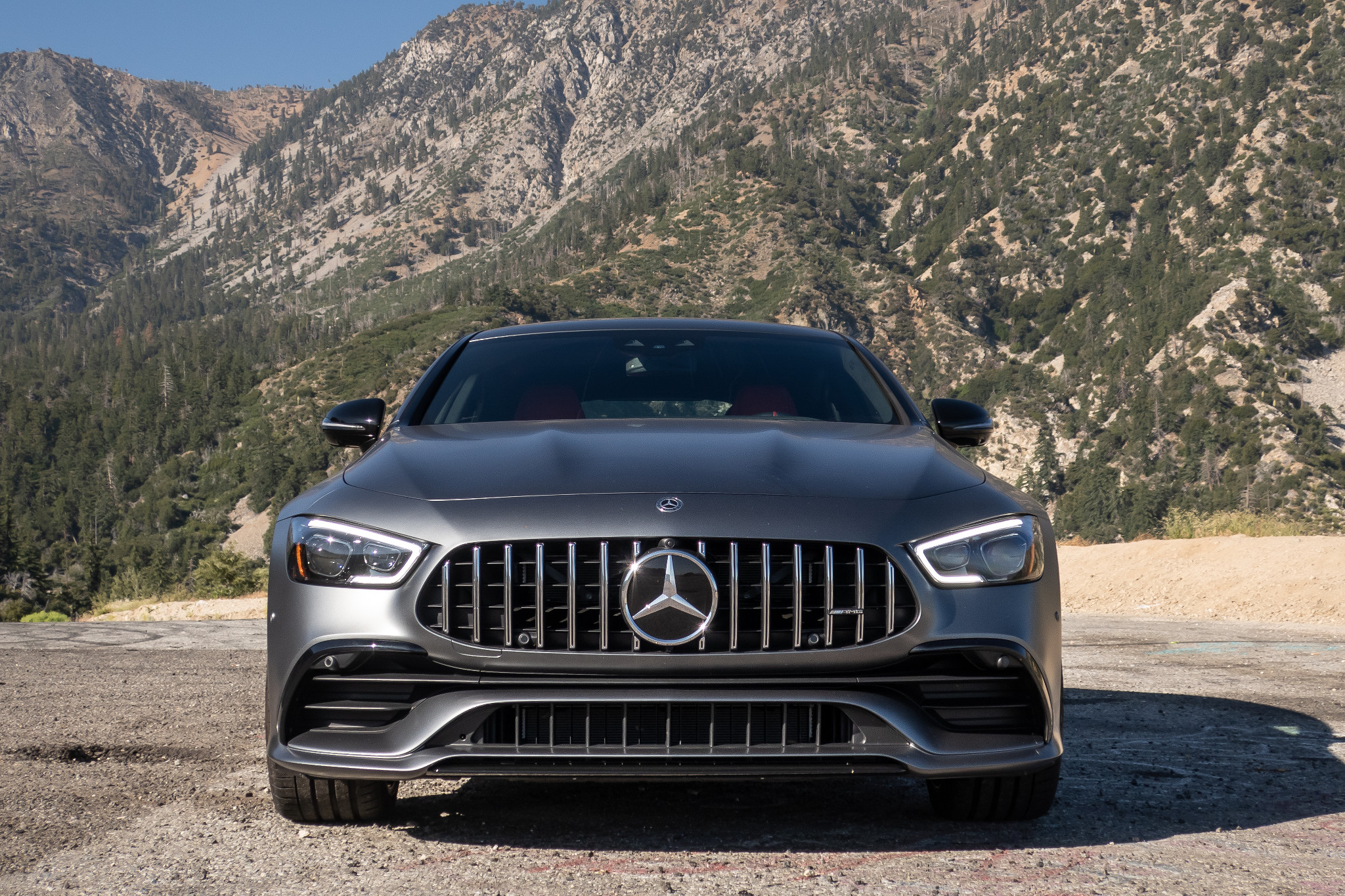 How Much Are Kidneys Going for These Days?

No beating around the bush, the AMG GT 53 will put a dent in your wallet. Its base price is as close to six figures as you can get: $99,995 including destination charge. My test vehicle tacked on more than $25,000 in options on top of that, landing at a final price of $125,300. As mentioned earlier, almost $10,000 of that comes from just the interior, and the inside isn’t alone in being expensive; just that very cool matte paint job is $3,950.

It’s kind of off-putting that something this expensive doesn’t come with many standard safety features. The Driver Assistance Package, which adds adaptive cruise control and lane keep assist, among other features, costs another $2,250. A 360-degree camera system is a stand-alone $500 option.

I will concede this point though: It’s a car that feels like it earns every dollar of that big price. The AMG GT 53’s easy transition between luxury cruiser and capable sports sedan makes it a vehicle that’s both easy to drive every day and a blast when the road winds. It’s fantastic.