There’s some new tech in store for the flagship sedan as well.

Nissan will head to Los Angeles with its facelifted flagship in tow. The automaker announced today the refreshed Maxima will be unveiled in full late next month at the Los Angeles Auto Show, and we’re also given a glimpse of the changes to befall the big sedan. By glimpse, we pretty much mean the full monte – from the front anyway as the above photo is the extent of Nissan’s teaser.

The changes aren’t revolutionary but we knew they wouldn’t be based on spy photos we saw back in March. Tweaks to the front and rear fascias are the primary visual differences, with the front gaining new driving lamps similar to the Altima. The grille design is also massaged ever-so-slightly with a bit more outward flare at the bottom. Nissan obviously isn’t showing us the backside, but in the previous round of spy photos we can expect some changes to the lower portion of the rear fascia to accommodate quad exhaust tips. Some light revisions to the taillights are also coming. 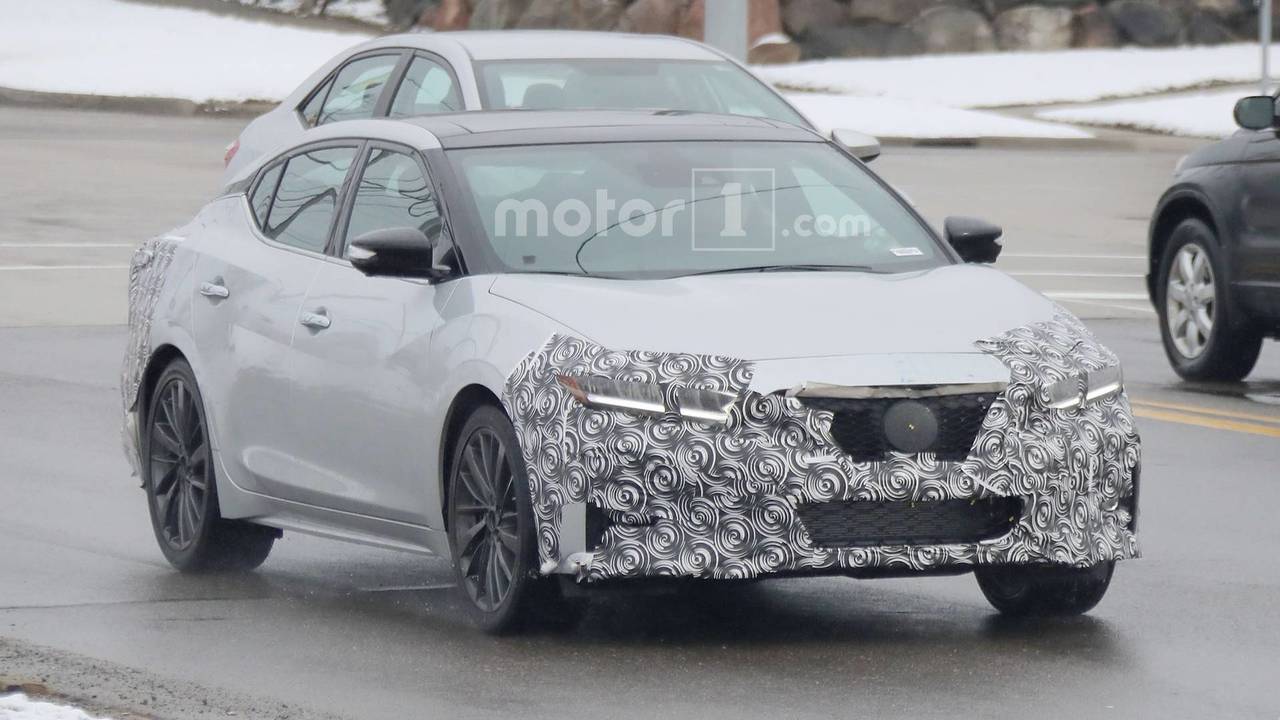 Inside, Nissan doesn’t give us any word on design changes but the car will get the automaker’s Safety Shield 360 tech as an option. This is a suite of driver safety systems that includes common features such as blind-spot monitoring, cross-traffic alert, intelligent cruise control with radar that monitors two cars ahead for sudden deceleration, and sensors to help drivers park. There are also sensors inside that will alert a groggy driver if the car detects odd steering inputs. Unless Nissan has something new for the Maxima, however, none of the systems offer active driver assists such as emergency braking or steering input for keeping it between the lines.

Nissan isn’t expected to make any changes to the Maxima’s powertrain, which is currently the 3.5-liter V6 rated at 300 horsepower. Power goes to the front wheels exclusively through a CVT.

Look for more information on the refreshed Maxima as we get closer to the LA Auto Show, which opens to the press during the last week of November.

NASHVILLE, Tenn. – The Nissan Maxima, which makes its world debut at the Los Angeles Auto Show, receives a fresh new look for the 2019 model year. The new Maxima will also offer available Nissan Safety Shield 360 technology, a suite of six advanced safety and driver-assist technologies. The 2019 Maxima, the flagship of Nissan’s sedan lineup, goes on sale in December.