An official reveal is likely just around the corner.

Bentley has done a good job keeping its new Flying Spur out of the public eye. The last time we saw the big boy was clear back in November, where it was positively torturing its tires at the Nürburgring. This time around the torture comes in the form of cold and snow, but our spy photographers were still on-hand to grab 40 photos of the stately sedan. The first gallery catches a pair of prototypes fueling up, while the second gallery focuses on a single tester rolling through a snow-covered lot. 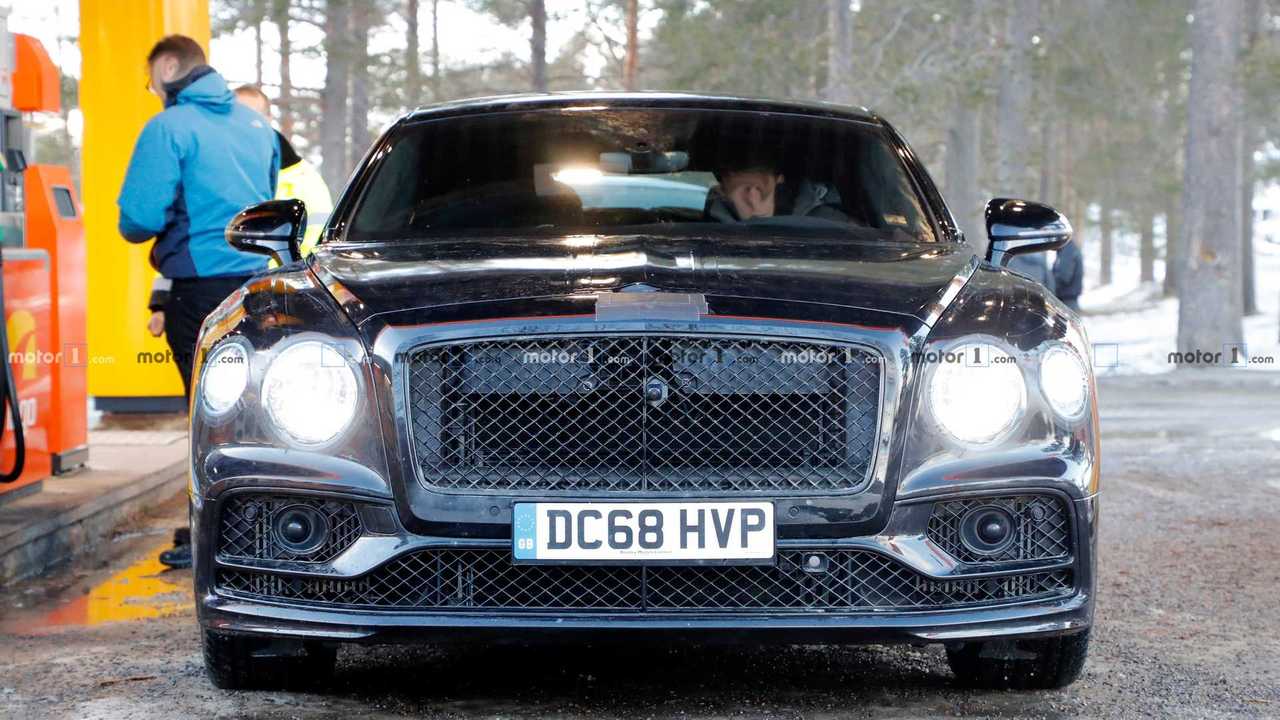 In both cases, virtually all of the body-obscuring camo tape is gone, giving us a near-naked look at the new model. It certainly has much in common with the Continental GT up front, though the styling cues are a bit more subdued for the sedan. The rear is where things obviously differ, notably with two extra doors and a backside that incorporates a more rectangular shape. The sweeping rear certainly adds an air of elegance to the sedan, but Bentley also manages to find a nice balance of aggression as well.

Unfortunately we haven’t had a good look at the inside just yet, and honestly, that’s where Bentley typically wows the world. The highest quality materials are certainly expected, with a wrap-around dash utilizing digital displays and diamond-stitched leather seats sporting a two-tone theme. Crazy options like champagne chillers and LED star-pattern lights in the headliner are likely as well. 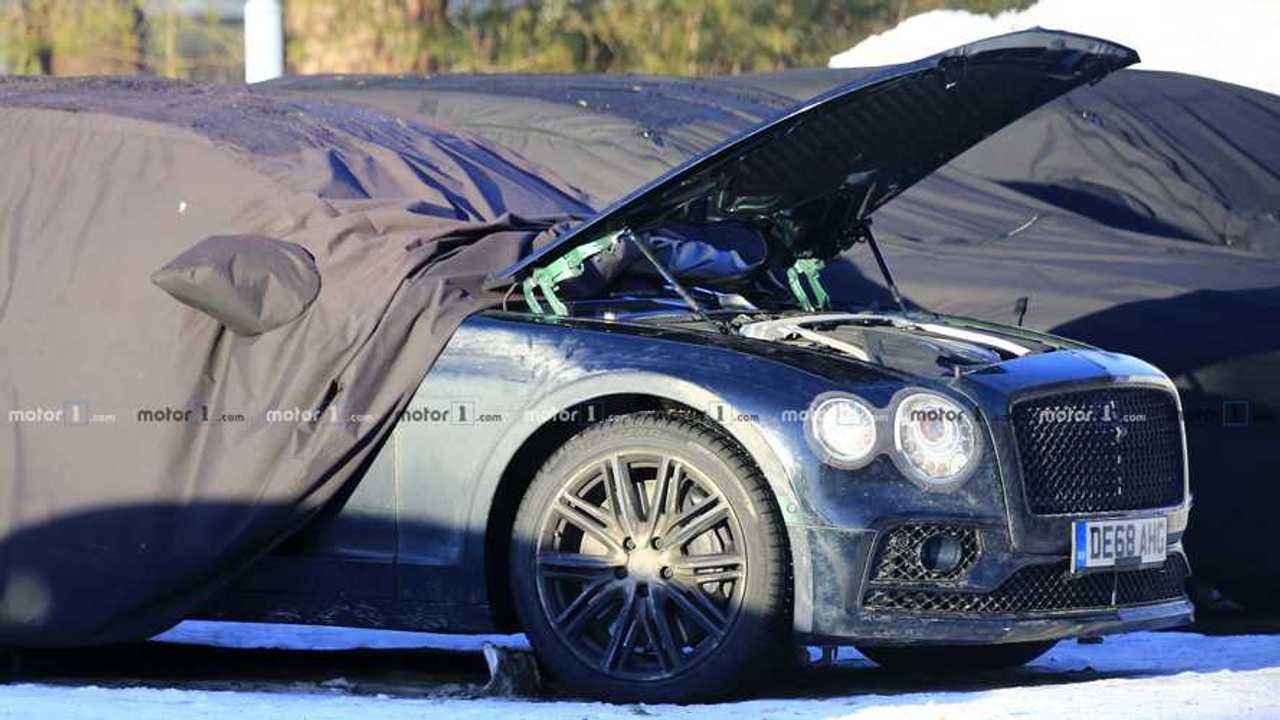 Power is still unconfirmed, though we’ve seen a hybrid model out and about along with V8 and V12 models. The current car utilizes a 4.0-liter twin-turbo V8 making 521 horsepower, and an updated version of that mill is all but guaranteed. As for the hybrid, with the Flying Spur sharing its underpinnings with the Porsche Panamera, Stuttgart’s V6/electric motor pairing could find its way to the Bentley. It may not appear at launch, but a hybrid model at some point is all but guaranteed.

Current rumors say the Flying Spur could debut rather soon, possibly this spring. Considering these testers are all-but revealed already, we’d say that timetable is accurate.