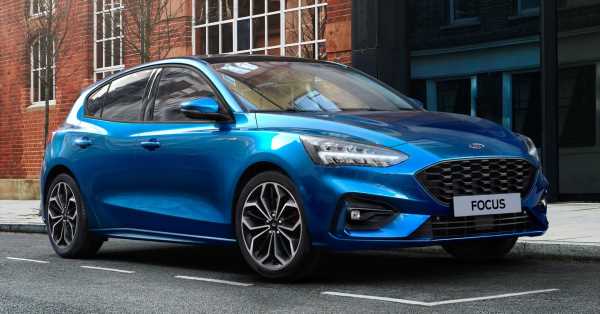 The Ford Focus has been given an update for the 2020 model year in Europe, which sees the addition of a new electrified powertrain and some minor changes to the list of available equipment. A new Connected variant also joins the existing ST-Line, Titanium, Active and Vignale options for the region, but we’ll get to that later.

The big news here is the introduction of a new EcoBoost Hybrid engine, which is a mild hybrid version of Ford’s 1.0 litre turbocharged three-cylinder that can be had in two outputs: 155 PS (153 hp) and 125 PS (123 hp), both with a six-speed manual transmission.

With the EcoBoost Hybrid, the standard alternator is replaced with a belt-driven integrated starter-generator (BISG), enabling energy recuperation during braking and coasting to charge a 48-volt lithium-ion battery pack located beneath the front passenger seat.

Aside from energy recovery, the BISG also acts as a motor to provide torque assistance during normal driving, providing up to 24 Nm when setting off to reduce the amount of work required from the petrol engine. Alternatively, the system can also be deployed to increase the total torque afforded by the powertrain by up to 20 Nm when quicker acceleration is required – up to 50% more torque can be delivered at lower engine speeds for optimised performance.

The BISG is also tasked with running the vehicle’s electrical ancillaries and allows Ford’s engineers to set a lower compression ratio and fit a larger turbocharger for more power, as the mild hybrid’s torque supplementation can mitigate some of the turbo lag.

According to Ford, the EcoBoost Hybrid emits as little as 93 g/km of CO2 and has 17% better fuel efficiency compared to a 150 PS 1.5 litre four-cylinder EcoBoost mill with a six-speed manual, following NEDC regulations.

Measures that allows this include a Stop-in-Gear function that can switch off the engine when coasting to a stop, even when the vehicle is in gear with the clutch pedal depressed, and can be adjusted to activate from 15 km/h, 20 km/h or 25 km/h. Additionally, the auto start-stop function can restart the engine in just 350 milliseconds and there’s cylinder deactivation technology as well. Other engines in the line-up include the regular 1.0 litre three-pot EcoBoost, the aforementioned 1.5 litre EcoBoost and a 2.0 litre ECoBlue diesel, paired with either a six-speed manual or eight-speed automatic.

Aside from the mild hybrid option, Ford has also introduced a 12.3-inch digital instrument cluster inside the cabin, which is configurable and comes with special displays when you go with the EcoBoost Hybrid powertrain.

As for the other variants, the ST-Line and Active gain dual-zone climate control, auto-dimming rear-view mirror, rain-sensing wipers and keyless entry as standard kit. Meanwhile, ST-Line X models come with a larger roof spoiler and the Active X gets a black headliner.