Like it or not, Mercedes will be putting an SUV and a coupe in an automotive blender once again.

For whatever niche is out there, Mercedes is either selling a car already or is working on a new model to fill the void. However, the Daimler company was seriously late to the SUV-coupe party considering the GLE Coupe came out about seven years after the original BMW X6 that started this entire madness. With the Bavarians preparing to launch the third generation next year, Mercedes surely wants to launch the GLE Coupe part deux sooner rather than later.

It’s not listed in the official product roadmap for 2019 that emerged recently, so the new X6 won’t have to worry about the next-gen GLE Coupe until early 2020. Needless to say, the current generation will have to stick around until then. Let’s keep in mind a new player is about to join the game, with Porsche spotted not long ago testing a Cayenne “Coupe” or whatever its name will be. 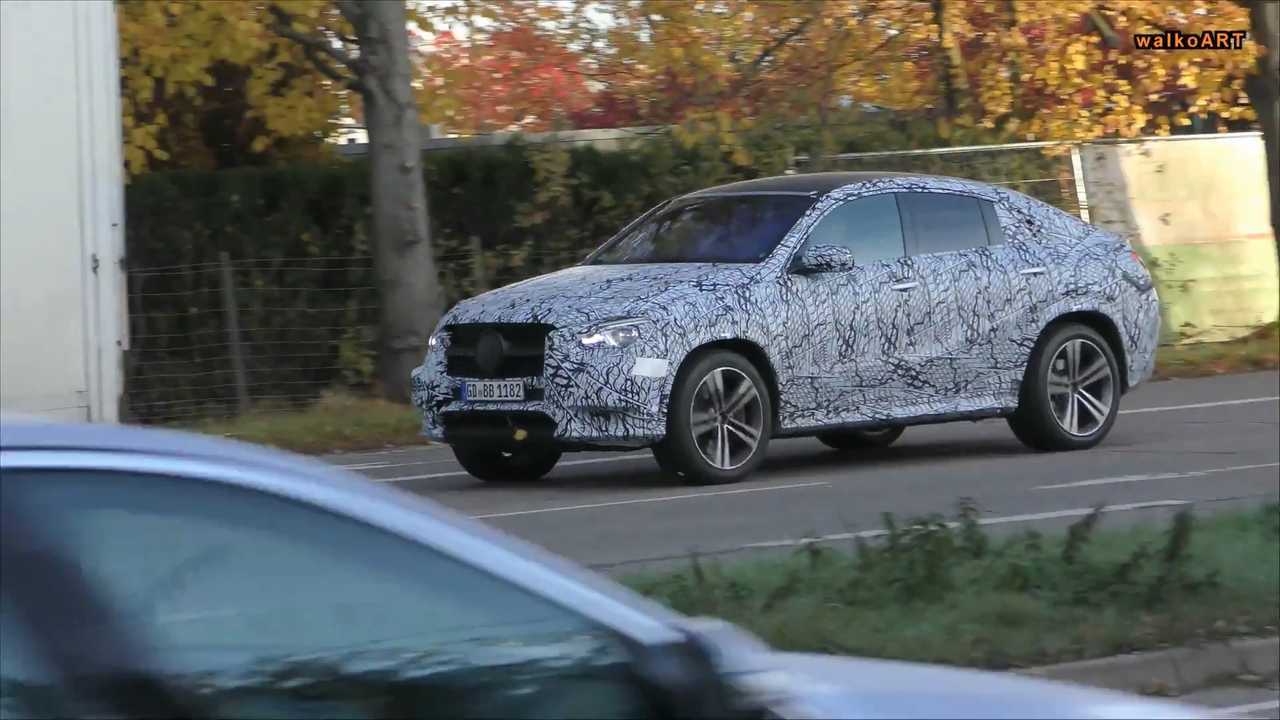 As for the spy video at hand, it was shot on the streets of Germany where Mercedes was testing a heavily camouflaged prototype of its next SUV-coupe oddity. The love/hate shape is familiar, but the GLE Coupe is looking better already thanks to the design changes implemented at the back. It looks sportier and more athletic than the somewhat bulky current-gen model, and it should be even better in an AMG flavor.

In terms of the interior, the cabin is not exactly a big secret since logic tells us it will be largely borrowed from the regular 2019 GLE. With the normal version of the SUV growing in size to free up more room inside the cabin thanks to an extended wheelbase, it should be a similar story with its “coupe” counterpart. Because of the sloped roofline, don’t expect the same amount of rear headroom as you get in the standard SUV, though.

All of the oily bits and the vast array of high-tech features will be basically inherited from the regular GLE, so the only interesting aspect concerning the 2020 GLE Coupe is how the design will be tweaked compared to the current model. Future spy shots and videos should shed some light as we’re expecting Mercedes to take off some of the camouflage to reveal more of the production skin.