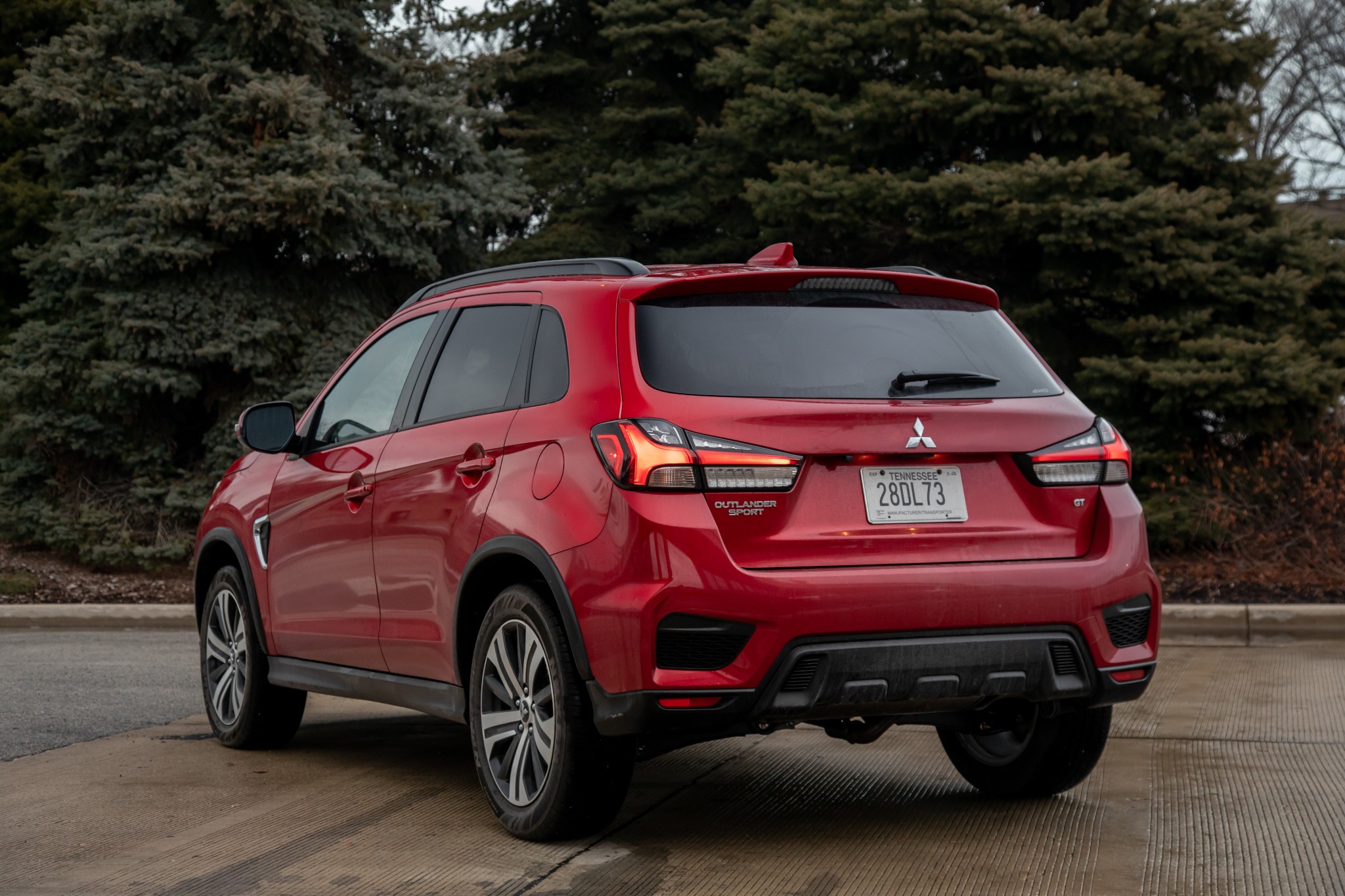 Mitsubishi’s smallest SUV, the Outlander Sport, got a refresh for the 2020 model year. However, this subcompact SUV has several existing problems these updates haven’t fixed.

The subcompact SUV class is a notoriously competitive one, containing the versatile Honda HR-V, the sporty Hyundai Kona and a whole slew of others. Among them, the Outlander Sport isn’t really a standout. Updates for 2020 are mostly exterior: new bumpers and fenders, front and rear styling changes, and new LED headlights. But refreshed exterior styling doesn’t do much to fix some aspects of the Outlander Sport that still feel unrefined.

Want all the details about the Outlander Sport? Click through the related link above to check out Mike Hanley’s full review. If you’re just looking for the key takeaways, however, here are the pros and cons of the 2020 Mitsubishi Outlander Sport: 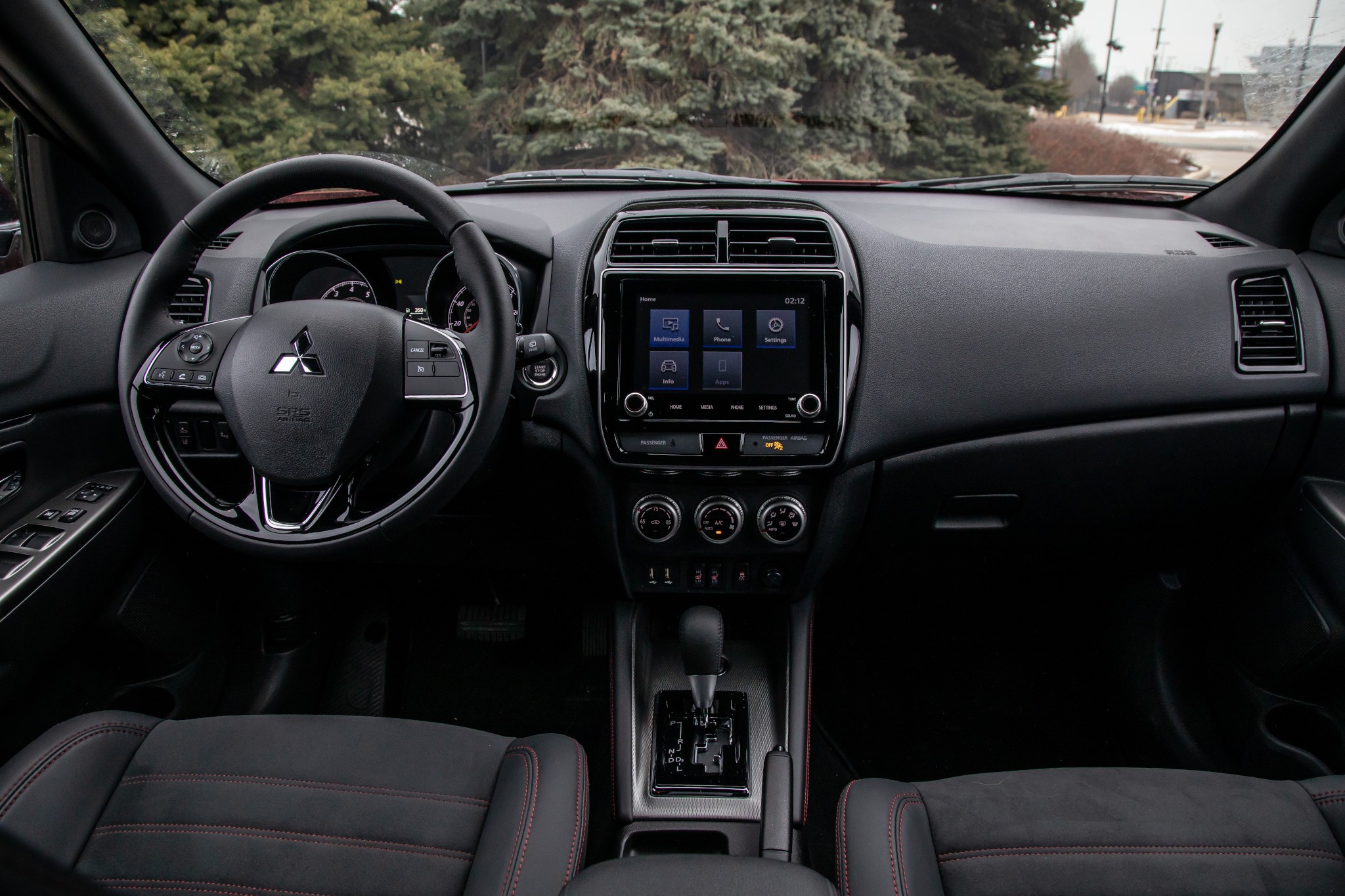 The Outlander Sport is at home when driving at highway speeds, where its reserve power has a chance to shine.  It also drives like a much larger SUV when at these cruising speeds, feeling especially stable on the highway.

Like most subcompact SUVs, the Outlander Sport isn’t packed with interior features, but it makes the most of what it does have. The front bucket seats (though not power adjustable) are quite comfortable. In terms of tech, a 7-inch multimedia touchscreen is standard, but most trims come with a 8-inch touchscreen that has both Apple CarPlay and Android Auto connectivity. 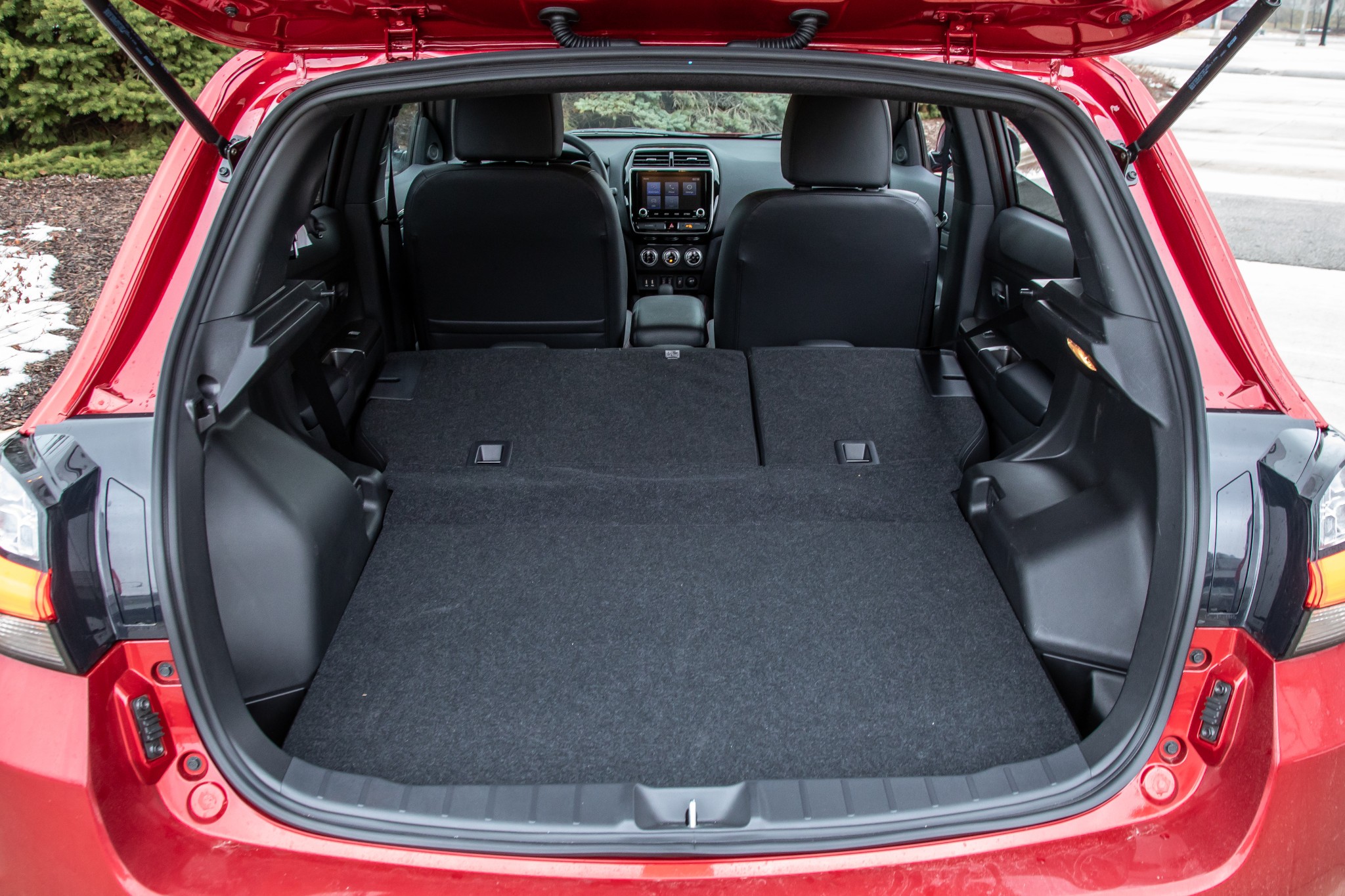 The available 168-horsepower, 2.4-liter four-cylinder under the hood of the Outlander Sport is one of the biggest and most powerful engines in this class of SUVs, yet it feels sluggish.  Low-speed power is virtually nonexistent, and at city speeds, the standard continuously variable automatic transmission feels like it sucks a lot of engine power. While the response off the line is good, it’s difficult to build speed no matter how hard you press down on the gas. The Outlander Sport also gets some of the quirks many subcompact SUVs have: a choppy ride and annoying road and wind noise, to name a few.

For a vehicle refreshed for 2020, you’d expect something a lot more modern on the inside.  Instead, the Outlander Sport’s cabin, like most Mitsubishi interiors, just looks dated. The style of the buttons, switches and knobs on the dashboard seems a few years old, as do the multimedia graphics. Beyond tech, some of the interior materials also cheapen and date the cabin, such as the fuzzy cardboard headliner. 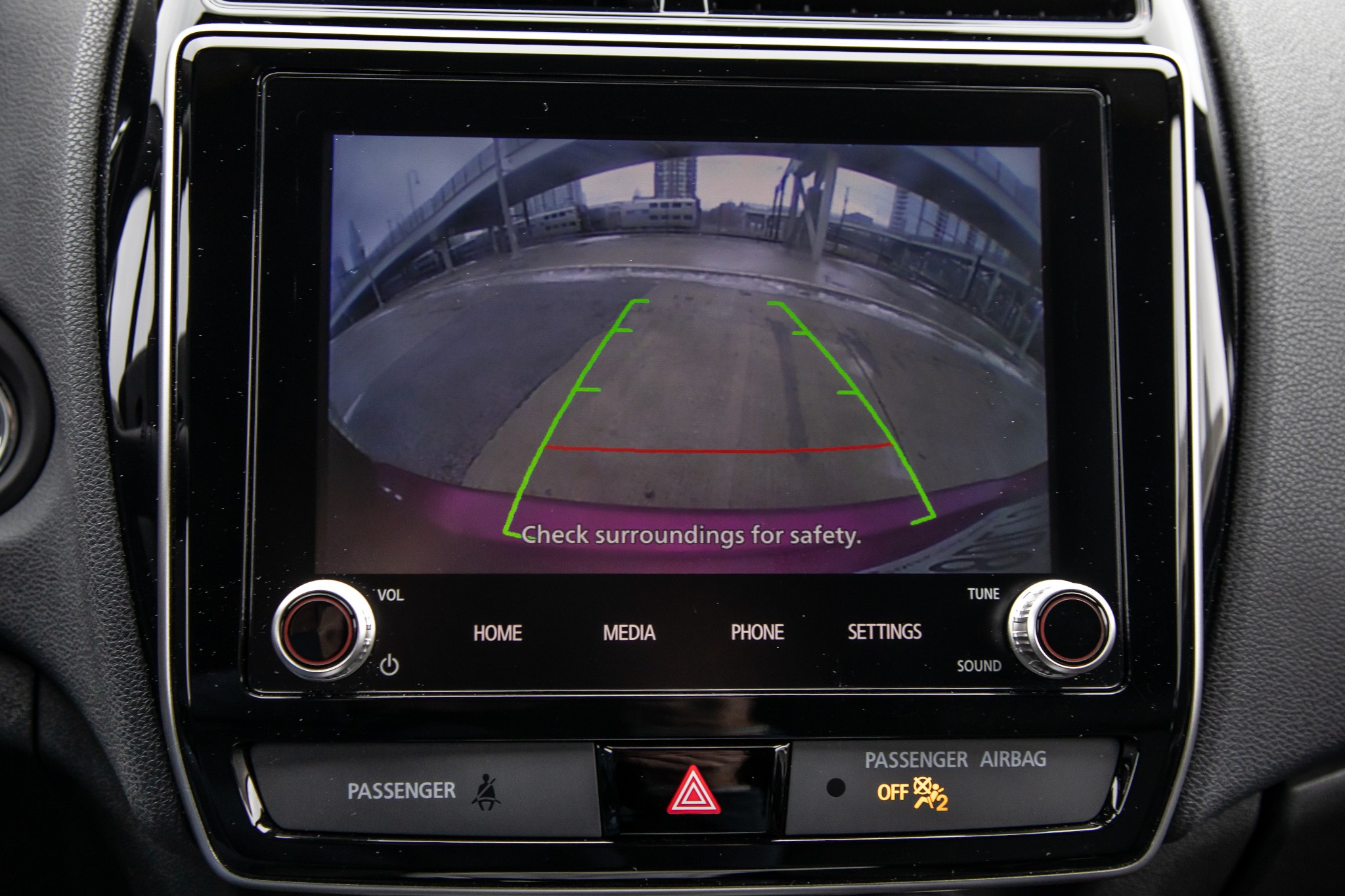 Gas mileage suffers with the 2.4-liter engine. The four-wheel-drive version of the Outlander Sport gets an EPA-rated 23/28/25 mpg city/highway/combined. For comparison, the 4WD HR-V gets up to 29 mpg combined and the Kona is rated at 27 mpg. The base 2.0-liter engine is only slightly more efficient, with the front-wheel-drive version rated at 27 mpg combined, while the 4WD model is rated at 26 mpg.

Headroom and legroom are fine in the backseat, but the seating position itself is not comfortable.  The backrest doesn’t recline, and the fixed position sits too upright.

5. Beat by the Competition

All things considered — from the dated interior to the lethargic drivetrain — the Outlander Sport would need to have a significantly lower starting price than its competition to be worth the pitfalls. Unfortunately, the Outlander just doesn’t have the value and appeal of its competitors and needs more updates to keep up with the rest of the subcompact SUV pack. 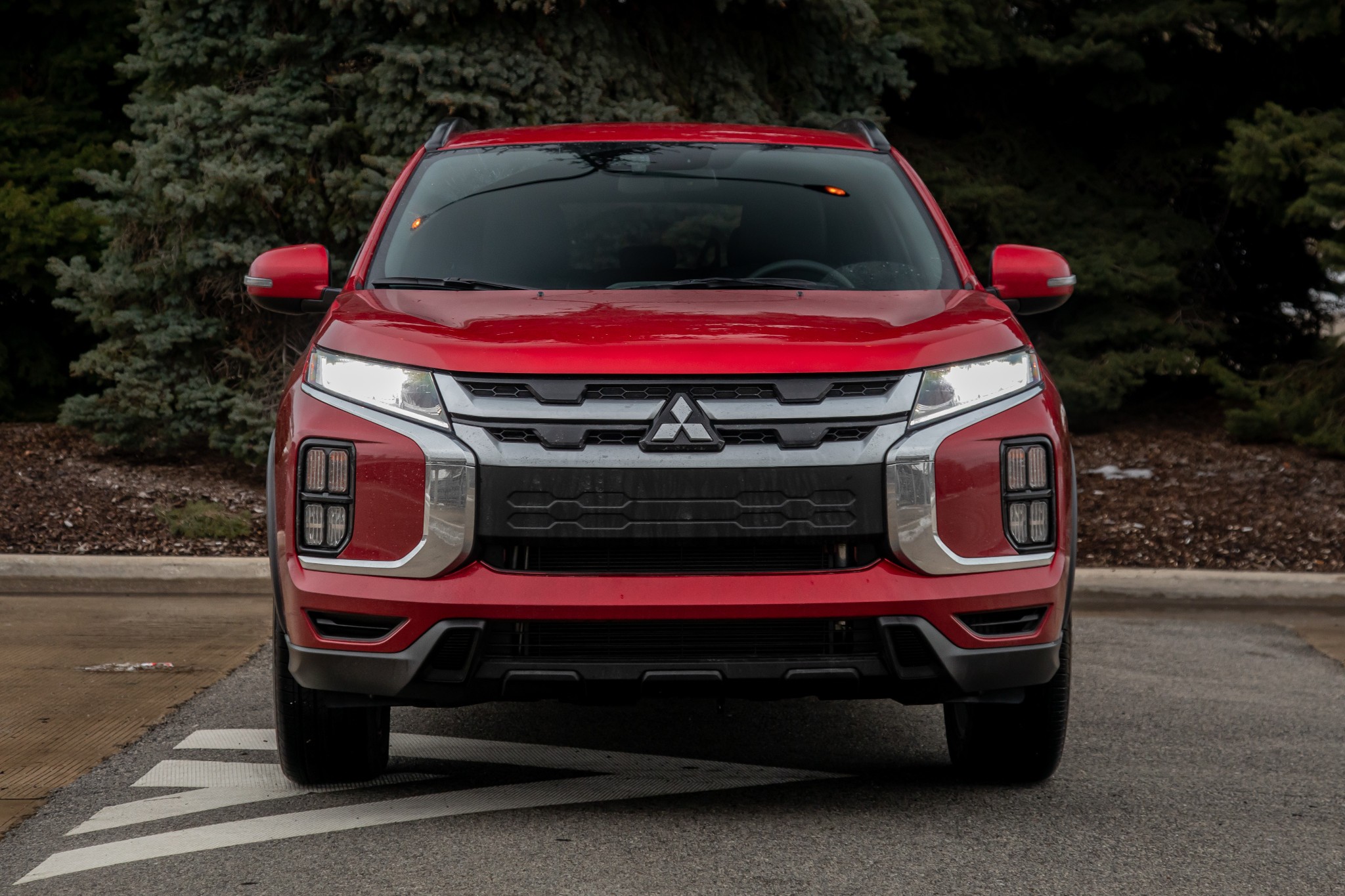