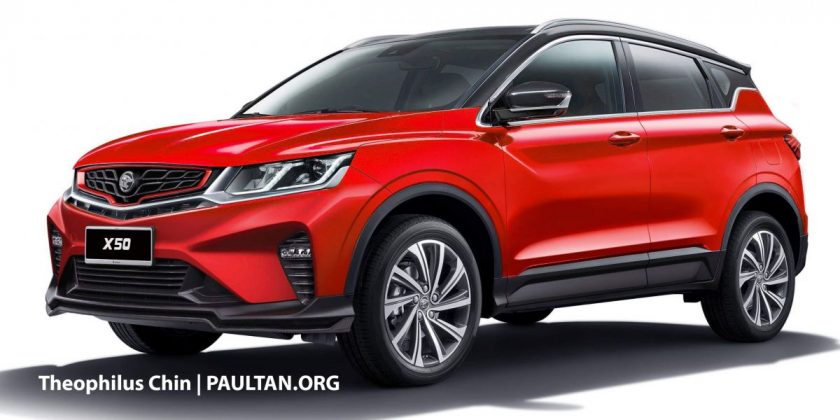 Social media can be a treasure trove of information, but not everything smells of roses, and not all things ring true. Many a time, unconfirmed rumours and downright fake news gets spread around faster than you can imagine.

The automotive side of things isn’t immune to it. Take the Proton X50, for example. There has been plenty of buzz around the national automaker’s new compact SUV, from it being ready to be launched as soon as July, to early bookings already open for deliveries as early as September and just about everything in between. You’ll pardon the headline, but this is precisely what is meant when anything can be ventured.

There has been plenty of discussion around its pricing as well, with countless guesses and ranges thrown about. Some quarters have even ventured the possibility of the new SUV going as low as RM50k – a direct conversion of the base model sold in China – which, to be frank, sounds as far-fetched as baloney can get.

As of right now, there is no official communication or any confirmation coming from Proton itself regarding the upcoming model. While we do know it’s coming this year, nothing has been offered on its arrival timeline (and really, who knows what the MCO has done to deployment plans), and there’s definitely nothing on its pricing. The short of it is this – all information claiming otherwise is purely conjecture. Still, talk is talk and remains harmless, until it involves money changing hands, and that’s when it gets a little alarming. Rumours now abound of sales agents or dealers asking for early booking fees, for which you’d be guaranteed to be first in line to receive the cars when they eventually arrive.

As order books have not been officially opened, we advise car buyers to not issue any payments or booking fees directly to personal SAs, and to wait for things to become official before you part with your hard-earned money. Any transactions should only be done through official dealerships with a receipt and a guarantee that the booking fees can be refundable.

Looking at Proton’s pre-launch campaign for the X70 in 2018, the company made an official announcement when the order books would be opened for the SUV. Only then would any bookings be valid and any queue for early deliveries formed. This remains the case for the X50. Until it’s official, there’s no queue or waiting list to be at the top of.

For any real updates on the X50, stay tuned to paultan.org.