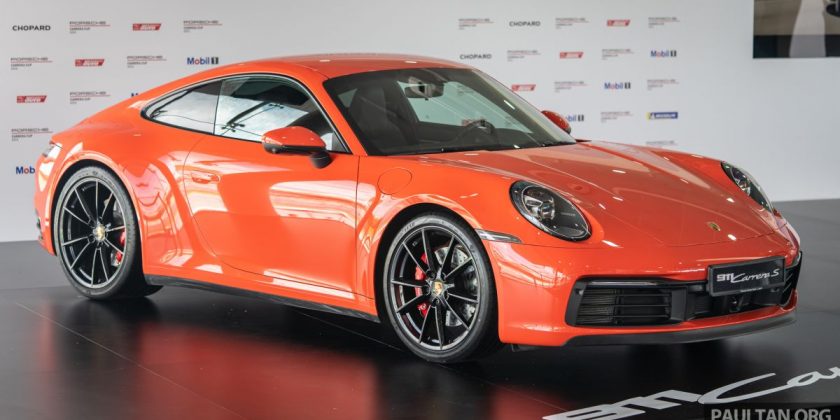 Sime Darby Auto Performance (SDAP) has released its updated price list for Porsche models sold in Malaysia, which now benefits from the government’s recent announcement to drop the sales tax (SST) for cars. This sees a 100% sales tax exemption on locally-assembled (CKD) models and 50% on fully-imported (CBU) models until the end of the year, the latter applicable in this case.

The new prices will remain in effect until December 31, 2020, and sees price reductions of up to RM47,609, depending on the model. Keep in mind that the prices listed are based on standard specifications, excluding options, road tax and insurance.

To go along with the new price list, SDAP also announced a new financing scheme known as Porsche 360 Financing+ (available for the Macan), which is an extension of its current 360 Financing programme. This provides customers with a more flexible ownership option, with an even shorter financing tenure (from 12 months up to 60 months) and maximum financing of up to 90%.

Starting from as low as RM 6,300 a month (five-year loan tenure with 90% financing), the new Porsche 360 Financing+ offers up to 30% reduced monthly repayments compared to conventional financing for the Macan.

Customers will also have full control over the decision to either return (within the first 12 months of the loan tenure) or upgrade to a new Porsche without the worry of residual value through the assured resale value of the Macan.