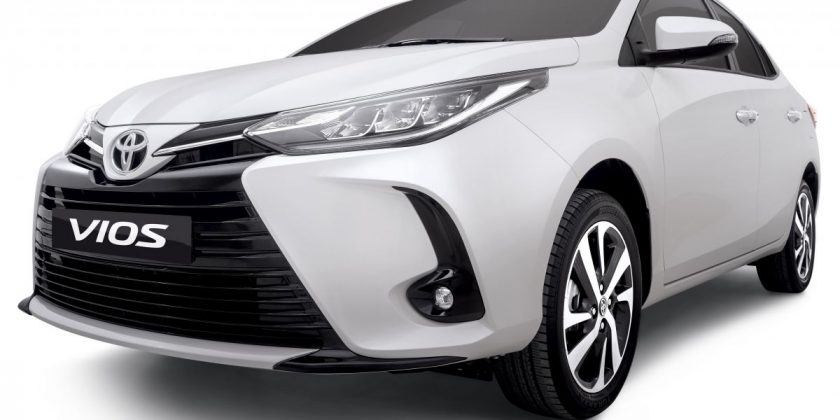 After teasing the car earlier in the week, Toyota has pulled the covers off the facelifted Vios in the Philippines. This time, facelift really means facelift, with everything except the front fascia remaining unchanged.

However, the one tweak the company did make was a big one. The big grin of a grille on the current model was controversial, to say the least, so it has made way for a more acceptable design. The new lower grille – which is still massive, by the way – is now downturned and flows into the upper grille, looking very similar to the facelifted previous-generation Camry for the US market.

Otherwise, it’s the same car as before, with the same rear end, the same 14-, 15- and 16-inch wheel options and the same interior. The engine options in the Philippines are also identical, consisting of 98 hp/123 Nm 1.3 litre 1NR-FE and 106 hp/140 Nm 1.5 litre 2NR-FE Dual VVT-i four-cylinder engines. These are mated to either a five-speed manual gearbox or a CVT with available paddle shifters.