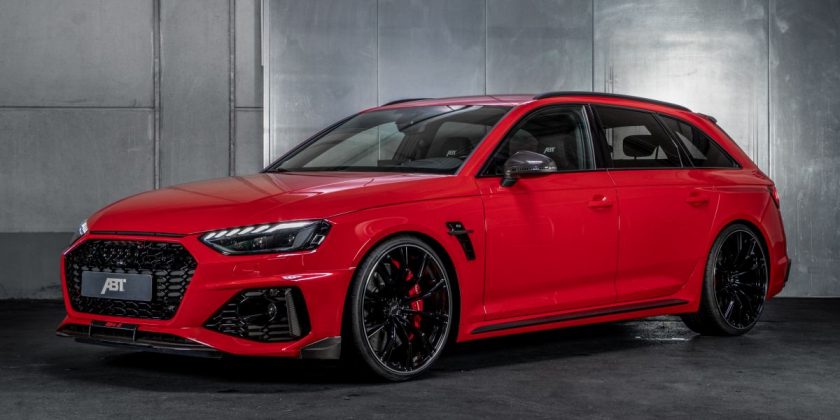 Following the advent of the ABT Power S package for the B9-generation Audi RS4 facelift which brings increased power and torque, the tuning firm has revealed the breathed-on performance wagon as a complete package; enter the ABT RS4-S.

The latest from ABT is offered in two output levels – 510 PS and 660 Nm of torque, or 530 PS and 680 Nm of torque, the latter a 4,133 euro (RM20,167) cost option on the RS4-S. These power and torque figures are in line with those from the ABT Power and Power S engine upgrade packages respectively, which is comprised of an upgraded control unit and a special air intake cover, says the firm.

In base form, the RS4-S is capable of doing the 0-100 km/h sprint in 3.9 seconds, and the higher output option will potentially improve on that further. Customers can also opt to raise the speed limiter to 300 km/h. For reference, the Audi RS4 that it is based on is rated to do the same 0-100 km/h run in 4.1 seconds, onwards to a limited top speed of 250 km/h.

Corralling the even more potent engine with additional chassis support is a set of ABT height-adjustable suspension, along with ABT front and rear anti-roll bars for the RS4-S, while an ABT coilover suspension kit is also optionally available. Rolling stock is a set of 21-inch ABT Sport GR alloy wheels shod in 275/25 tyres.

The included ABT Aerokit for the RS4-S includes an ABT front bumper lip extension with RS4-S script, front blades and wheel arch vents with carbon-fibre fins. Towards the rear end are a carbon-fibre-reinforced plastic (CFRP) rear spoiler and rear skirt insert, while an ABT stainless steel exhaust system with 102 mm outlets trimmed in carbon-fibre finishes the set.

Inside, the RS4-S gets model-specific upholsetery, where the seat cushions feature ABT and RS4-S logos. Illumination is by ABT integrated entrance lights, while an ABT emblem badge, floor mats and door sill trim also feature an RS4-S logo on each item. There’s also an ABT engine start-stop button cover, and an ABT shift lever in gloss carbon.

Also available as cost options on the RS4-S are the ABT leather and carbon-fibre steering wheel, along with ABT dashboard covers, seat frame covers and seat shells in carbon-fibre. The ABT RS4-S upgrade package starts from 31,900 euros (RM155,669) including installation, paint and TÜV approval in Germany, to which the optional equipment can be added.