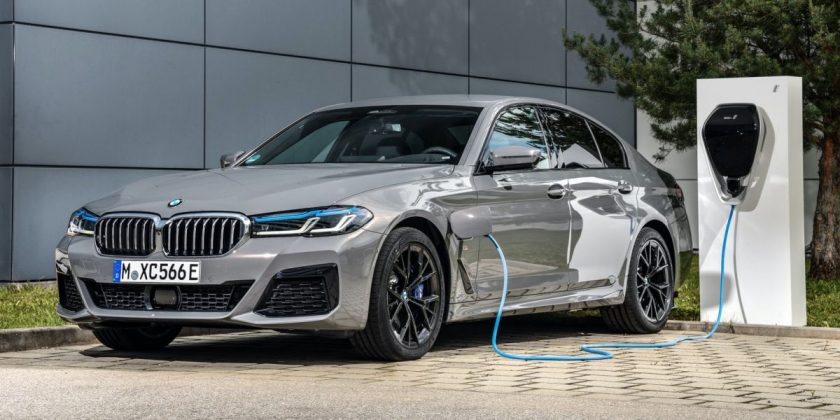 With the BMW i8 now out of production, it’s time to meet the next fastest plug-in hybrid model from the Bavarian giant, the G30 545e xDrive. The car was briefly introduced alongside the facelifted 5 Series range, but more juicy details have surfaced since.

At the heart of this 545e xDrive model is a 3.0 litre inline-six petrol engine that produces 286 PS on its own, and it’s mated to an 80 kW (109 PS) electric motor for a combined output of 394 PS. Peak torque is rated at 600 Nm, whereas an eight-speed Steptronic transmission channels drive to all four wheels.

If these numbers sound familiar to you, that’s because the same plug-in hybrid powertrain is used for the 745Le LCI. The difference is in outright pace – the 545e will do the century sprint in 4.7 seconds, whereas the heavier 745Le will manage in 5.1 seconds. Top speed is still electronically limited to 250 km/h, though.

Battery size is 12 kWh (same as the 530e), which BMW says is capable of providing between 54 km and 57 km of pure electric range. The 545e also gets BMW eDrive Zone as standard, a feature that automatically detects low emissions areas via GPS and switches the car to pure EV mode.

Besides that, BMW also announced that it will continue to develop more petrol and diesel engines, with the aim of augmenting a 48-volt mild-hybrid system to drive down emissions. Full EVs are apparently still a long way from becoming the default choice for buyers, so these electrified powertrains will be rolled out within the next few years.

According to an Autocar report, BMW predicts that a quarter of its sales will comprise of PHEVs and EVs by 2021. By 2025, those cars will make up for one-third of total sales, and it’s also the timeline for which more fuel cell models will be introduced.