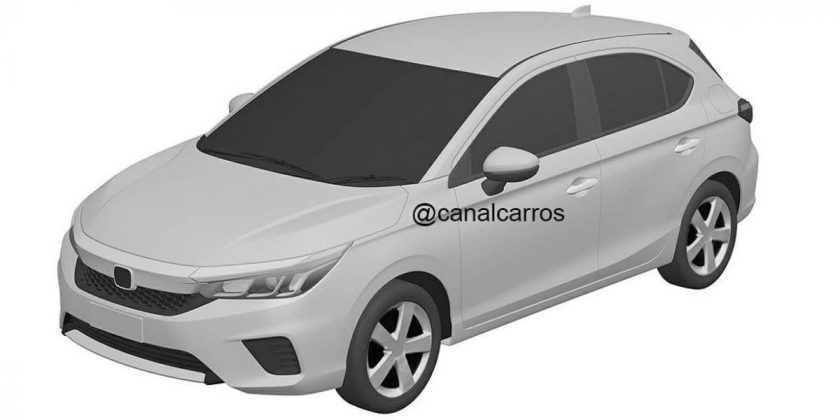 By now, you’re probably pretty familiar with the fifth-generation Honda City, which first celebrated its global debut in Thailand last November, and was later launched in Malaysia in October this year. However, there’s more news relating to City before 2020 draws to a close, as the B-segment sedan will be joined by a new hatchback body style in just a few weeks’ time.

Honda Thailand has officially announced that the City Hatchback will make its debut in the Kingdom on November 24, and this will be a world premiere for the new model. On the same day, the company will also launch the e:HEV hybrid version of the City, which we were the first to welcome globally.

News of the City Hatchback first surfaced when patent images of the model were sighted online, and a shortened City isn’t something we haven’t seen before. In China, Dongfeng Honda offers a liftback version of the previous, fourth-generation City called the Gienia.

There’s no teaser image or video to go along with Honda Thailand’s announcement, so let’s refer back to those patent images. Basically, the City Hatchback will look pretty much identical to its sedan sibling, sharing the same headlamp, grille, bonnet and bumper design. It goes on, as down the car’s flanks, we find nearly identical window and character lines, the latter of which link the lighting units.

The rear is where things differ (for obvious reason), as there’s a shorter rump that sports a tailgate rather than a boot. We also find a roofline that extends into a top-mounted spoiler and a more rakish rear window. Like the sedan, the hatchback also sports horizontal taillights that carry a similar light signature, but they are now slimmer in size to match the tailgate. If you are reminded of the W177 Mercedes-Benz A-Class, you’re not alone.

Dimension-wise, expect the hatchback to be shorter than the sedan, while retaining the wheelbase. For reference, the City in sedan guise measures 4,553 mm, 1,748 mm wide, 1,467 mm tall and has a wheelbase spanning 2,589 mm.

As for what’s going on under the bonnet, the City sedan’s 1.0 litre turbocharged three-cylinder petrol unit could be applied to the hatchback as well. On the sedan, the mill serves up 122 PS and 173 Nm, with drive going to the front wheels via a continuously variable transmission (CVT) with seven virtual speeds.

Given that the e:HEV powertrain will also be offered in Thailand, the hatchback could also benefit from the two-motor i-MMD hybrid system. Referring to our market, the setup consists of a 1.5 litre Atkinson-cycle DOHC i-VTEC engine rated at 98 PS and 127 Nm, which acts as a generator for a 1.3 kWh lithium-ion battery.

This battery powers a front-mounted electric motor that pushes out 108 PS and 253 Nm, which handles more driving situations. There’s no traditional multi-speed gearbox here, but there is a lock-up clutch and a single-speed transmission (e-CVT) that allows the engine to provide direct drive at higher speeds.

With the City Hatchback set to be introduced in Thailand, it will compete models like the Toyota Yaris and Mazda 2 Hatchback in the B-segment space. However, this raises a few questions: does this mean Thailand will skip the latest, fourth-generation Jazz? Is the City Hatchback a direct replacement for the Jazz? Will Malaysia follow suit? Look forward to the reveal on November 24.