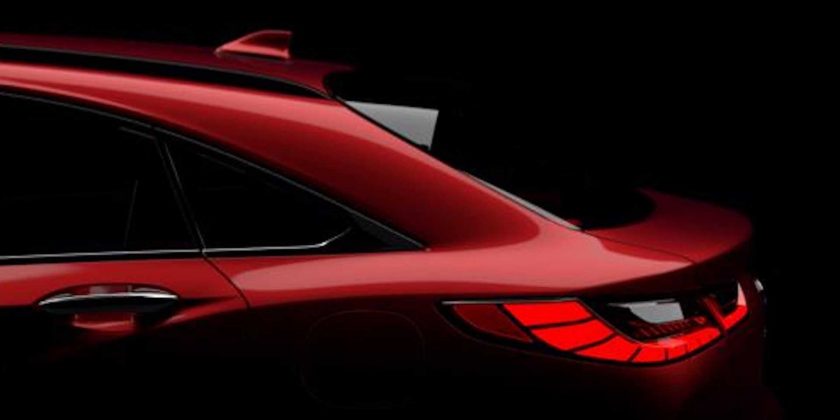 It will come with a special online performance from Aloe Blacc.

Despite a slight setback, Infiniti is pushing through with the launch of the all-new 2021 QX55. As the coupe version of the Infiniti QX50 luxury compact crossover, the QX55 is set to go up against BMW X4 and Mercedes-Benz GLC Coupe. It was originally scheduled for November 11 debut but now rescheduled to November 17, announced through a set of teasers from the brand’s official Facebook page.

As part of the announcement, the Infiniti QX55 will be presented by the American singer-songwriter Egbert Nathaniel Dawkins III, otherwise known as Aloe Blacc.

Infiniti wants you to set a reminder for the online event, even creating an official event page on the social media platform. The event page also shows another teaser for the reveal, which unsurprisingly shows the rear end of the swoopy coupe crossover. You can see the final teaser on the image atop this page.

This isn’t the first we’ve seen this C-pillar, though, as previous teasers have shown its rear end, along with a blurred representation of its sleek roofline. Matter of fact, we’ve seen the vehicle in person last year, but we can only tell you a few details about it.

The QX55’s association with the QX50 suggests that it will adopt the variable-compression turbocharged 2.0-liter inline-four engine. This mill churns out 268 horsepower (200 kilowatts) and 280 pound-feet (380 Newton-meters of torque), sent to either the front wheels or on all fours depending on the availability upon launch. A continuously variable transmission is also expected.

We’ll know the full details about the all-new Infiniti QX55 crossover in a few days’ time. The launch is set at exactly 5:55 p.m. (PST) on Tuesday, November 17, 2020, to be broadcasted on the marque’s official YouTube channel.