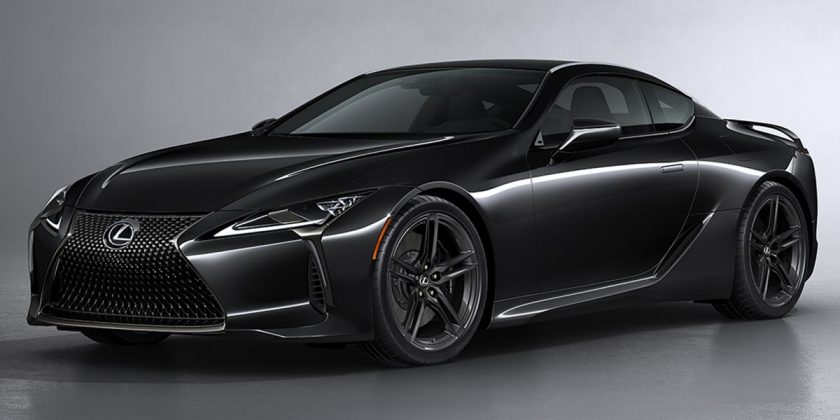 Since it was introduced in the United States in 2017, the Lexus LC has been the subject of a series of Inspiration Series models that featured eye-catching colours, including the gorgeous Nori Green in 2019. This year, Lexus is going one step further by adding some stylistic changes to one of the most beautiful shapes in the automotive realm, with just 100 being produced for America.

Apparently, the tweaks were inspired by a partnership between the Japanese premium brand and air race pilot Yoshihide Muroya to maximise the aerodynamic efficiencies of his plane, resulting in Muroya winning the 2017 Red Bull Air Race World Championship. Lexus’ engineers then took the learnings from that project and turned them upside down – literally – to create the downturned wing that serves as the car’s showpiece.

Spanning the entire width of the rear end and matching the curvature of the built-in spoiler, it features winglets at either end that create a vertical vortex. This smoothens out the turbulence caused by airflow coming off the sides of the car, improving manoeuvrability and efficiency. The wing is hand-built from carbon fibre to make it light, durable and warp-resistant. The other additions are the 21-inch forged alloy wheels in black, matching the standard carbon fibre roof, the wing and the Obsidian paint finish – the only colour offered. Inside, you’ll find Alcantara-trimmed doors, centre console and sports seats with Saddle Tan accents, including a centre stripe on the rear seats. The steering wheel and gearknob are also wrapped in Alcantara.

The Inspiration Series also gets carbon fibre side sill scuff plates and a centre console plaque showing the production number of the car, along with a standard-fit head-up display and 13-speaker, 915-watt Mark Levinson sound system. A number of performance options have been ticked as well, including a Torsen limited-slip differential and a Yamaha rear performance rod and damper. If this car looks familiar to you, that’s because it’s essentially the American version of the LC Aviation, which was revealed for the Japanese market in November. That car has all the visual additions mentioned but is also available in silver and white and is limited to only 70 units.

No changes to the mechanicals, with the Inspiration Series continuing to utilise the 2UR-GSE 5.0 litre naturally-aspirated V8, making 471 hp and 540 Nm of torque. Drive is sent to the rear wheels through a ten-speed automatic gearbox.