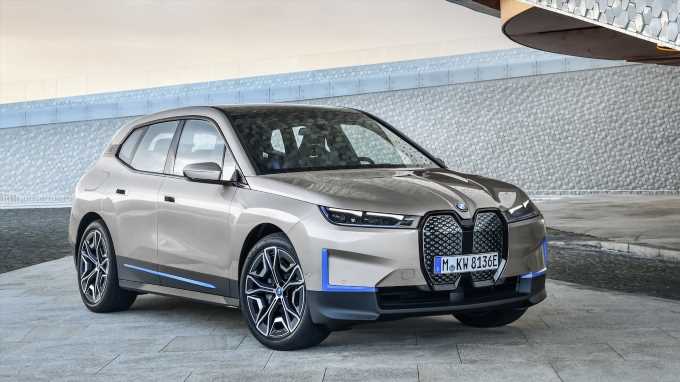 The 2022 BMW iX is on its way to a dealership near you. Admittedly, it isn’t the prettiest car in the world (its interior design, however, represents a significantly better design effort than that of its exterior), but the BMW electric SUV does signal a host of important changes for the German brand. There’s little doubt, as well, that BMW would like the iX to dethrone the Tesla Model X as consumers’ electric luxury SUV of choice.

According to BMW, the iX will start around the mid-$80,000 range for the ix xDrive 50 when pre-orders for the SUV begin in the middle of the year. That sum gets a vehicle that supports charging at up to 200 kW, has a 0-60-mph time of under 5.0 seconds, and ought to manage nearly 300 miles of driving range on a full charge. While we’ll have to wait for the Environmental Protection Agency (EPA) to get its hands on an iX to verify that range, we do know even BMW’s claimed range for the SUV falls short of the entry-level Tesla SUV, which manages 360 miles of driving range on a full charge, per the EPA.

There’s no word on whether BMW plans to introduce either cheaper or pricier iterations of the Model X with smaller or larger battery capacity (and thus more or less driving range). The same goes for a more powerful iteration of the iX, the arrival of which would allow the BMW electric SUV to compete with the Model X Plaid. That said, BMW did reveal some new details on just how much effort it’s putting into the iX’s manufacturing process.

According to BMW, the iX is built with an eye toward sustainability. BMW’s materials division set sustainability targets on parts procurement and sourcing well before the project started, and it has worked with parts suppliers to try and meet those goals. The result is a car that is built with recyclable materials and electric motors that ditch a permanent-magnet setup for electromagnets. That means the iX’s motors (not the battery) can be built without using rare earth metals.

That’s pretty cool, and the German automaker is looking to clean up its production cycle by sourcing the parts for the rest of its cars more responsibly, manufacturing the cars more sustainably, and ensuring that its cars’ parts can eventually be recycled. That’s no bad thing when you consider how many electric and hybrid models the brand plans on producing over the next several years.