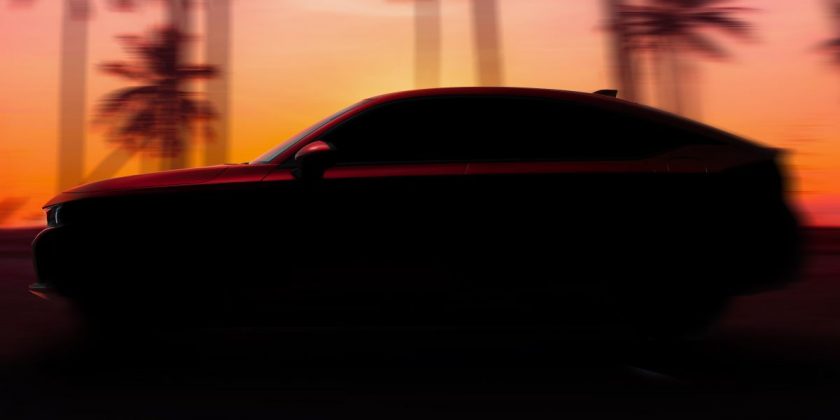 You’ve seen the new 11th-generation Honda Civic in sedan form, but now it’s the hatchback that is due to make its debut soon. Honda has released a teaser for the car and confirmed that it will be revealed in full in just under two weeks’ time, on June 23.

The sole side profile shot shows a fastback silhouette that is very similar to the four-door, with the exception of the shorter rear end. That’s pretty much in line with what we’ve expected, given that we’ve seen patent images of the five-door way back in September, exposing the entire design.

As such, we know that the hatch will retain much of the sedan’s clean-cut styling, including the sleeker front end, simpler, more mature side surfacing and the distinctive chrome side window strip from the Accord. The taller rear deck, on the other hand, gets full-width taillights that form an arc above the rear number plate recess, instead of the sedan’s Audi-style trapezoidal lamps. The previous car‘s split rear window will also be dropped for this generation.

Expect the US-market hatch to get the same engines as the sedan, including a carryover 158 hp/187 Nm 2.0 litre naturally-aspirated i-VTEC four-cylinder and an uprated 1.5 litre VTEC Turbo mill churning out 180 hp and 240 Nm of torque. One notable difference is that the five-door will be offered with the option of a six-speed manual gearbox instead of the four-door’s standard-fit CVT. Si and Type R models will come later.