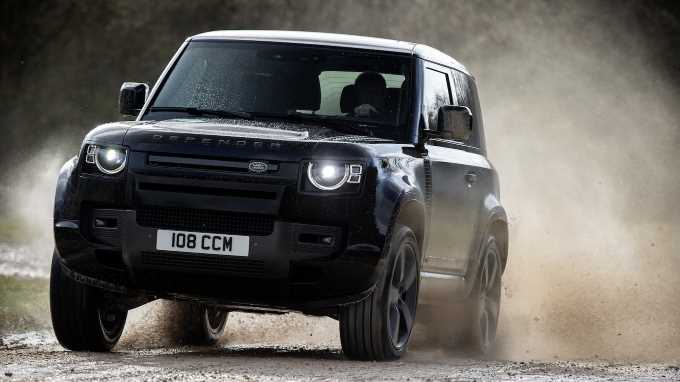 We named the latest Land Rover Defender our 2021 SUV of the Year for its awesome design and incredible performance on-road and off. Land Rover announced the more powerful Defender variant earlier this year in February, confirming what we anticipated would be on its way: A Defender with a V-8 engine. And now fuel economy for that V-8-powered Land Rover is out; we’ve got mpg figures for the four-door Defender 110, as well as the two-door 90 series.

Sporting a rugged appearance and living up to its long-serving predecessor’s legacy, the modern Defender is an impressive off-roader. Surely it could be even more so with a V-8 under its hood, but of course, there is a price to pay. A supercharged 5.0-liter V-8 pumping out 518 hp and 461 lb-ft of torque just ain’t gonna be efficient.

The Land Rover Defender 90 V-8 therefore earns an EPA-estimated 15 mpg city, 19 mpg highway, and 16 mpg combined. The larger Defender 110 delivers the same 16 mpg combined and 19 mpg highway, but its city figure drops to just 14 mpg. A meager one mpg difference between the two isn’t much, so don’t let your buying decision boil down it; pick the door configuration that suits your lifestyle best.