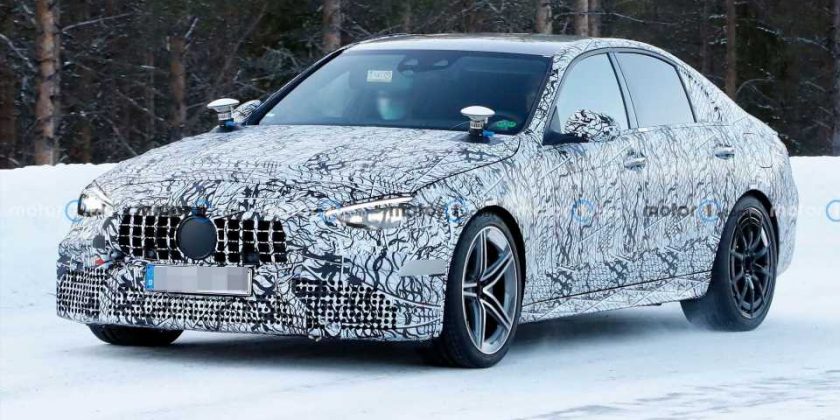 A techno monster is hiding under that camo wrap.

A new Mercedes-AMG C63 is coming, and it could well be a 550-horsepower performance monster. Perhaps the strange testing equipment on the hood and trunk of this prototype has something to do with that, as the next-gen model won’t be a traditional C63 by any stretch of the imagination. More on that in a bit.

These new shots still show a fully-wrapped test vehicle, but there’s no question about this being a C63. If the massive brake rotors behind the front wheels aren’t a dead giveaway, the tire sizes both at the front and the rear should erase all doubts. A Panamericana grille holds station behind the familiar Mercedes camouflage panels hiding the face, and at the very back, of course you’ll find the quad exhaust outlets synonymous with high-power Mercs. It’s convenient too, because now there’s an exhaust tip for each cylinder under the hood. Wait, what? 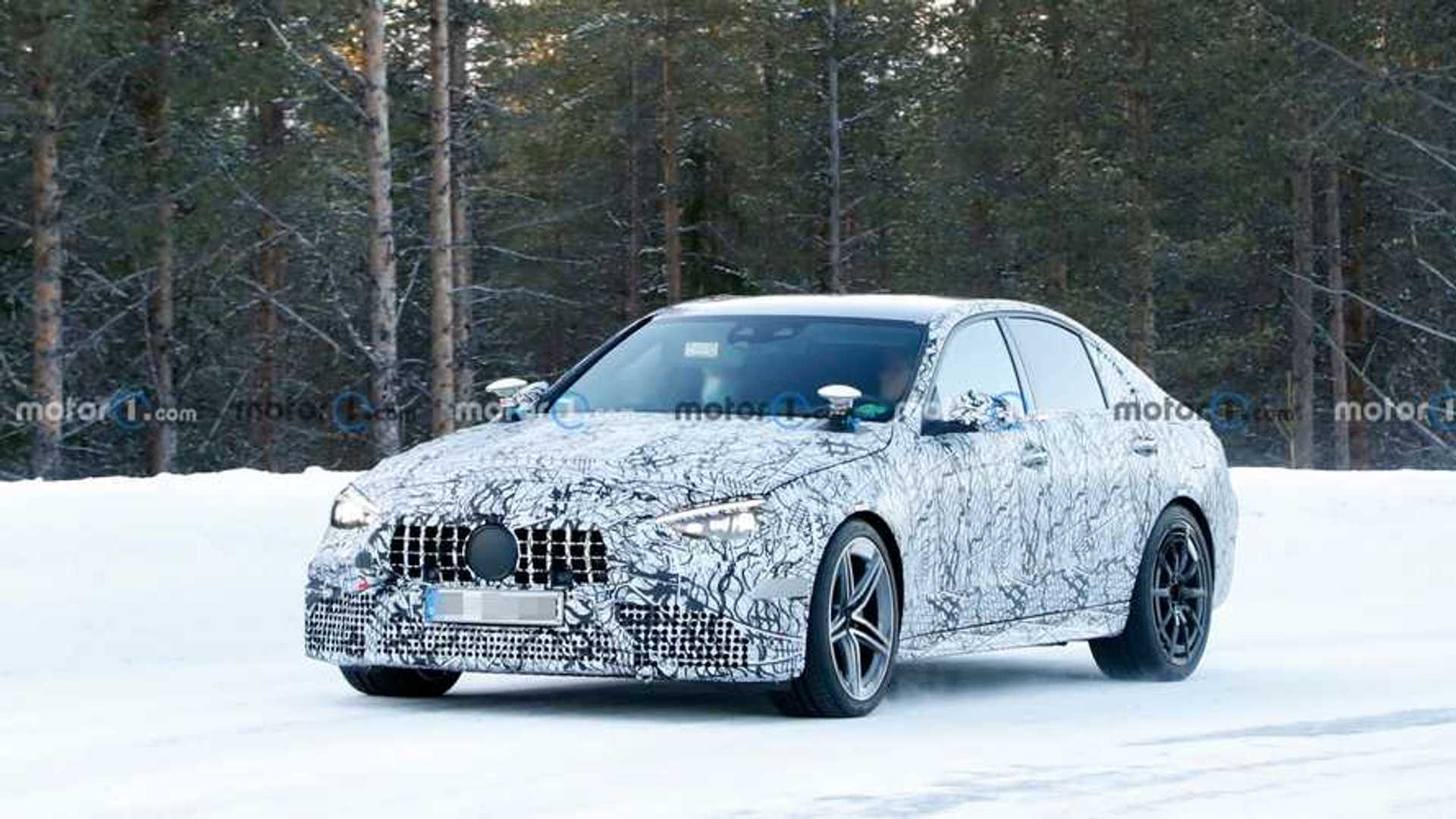 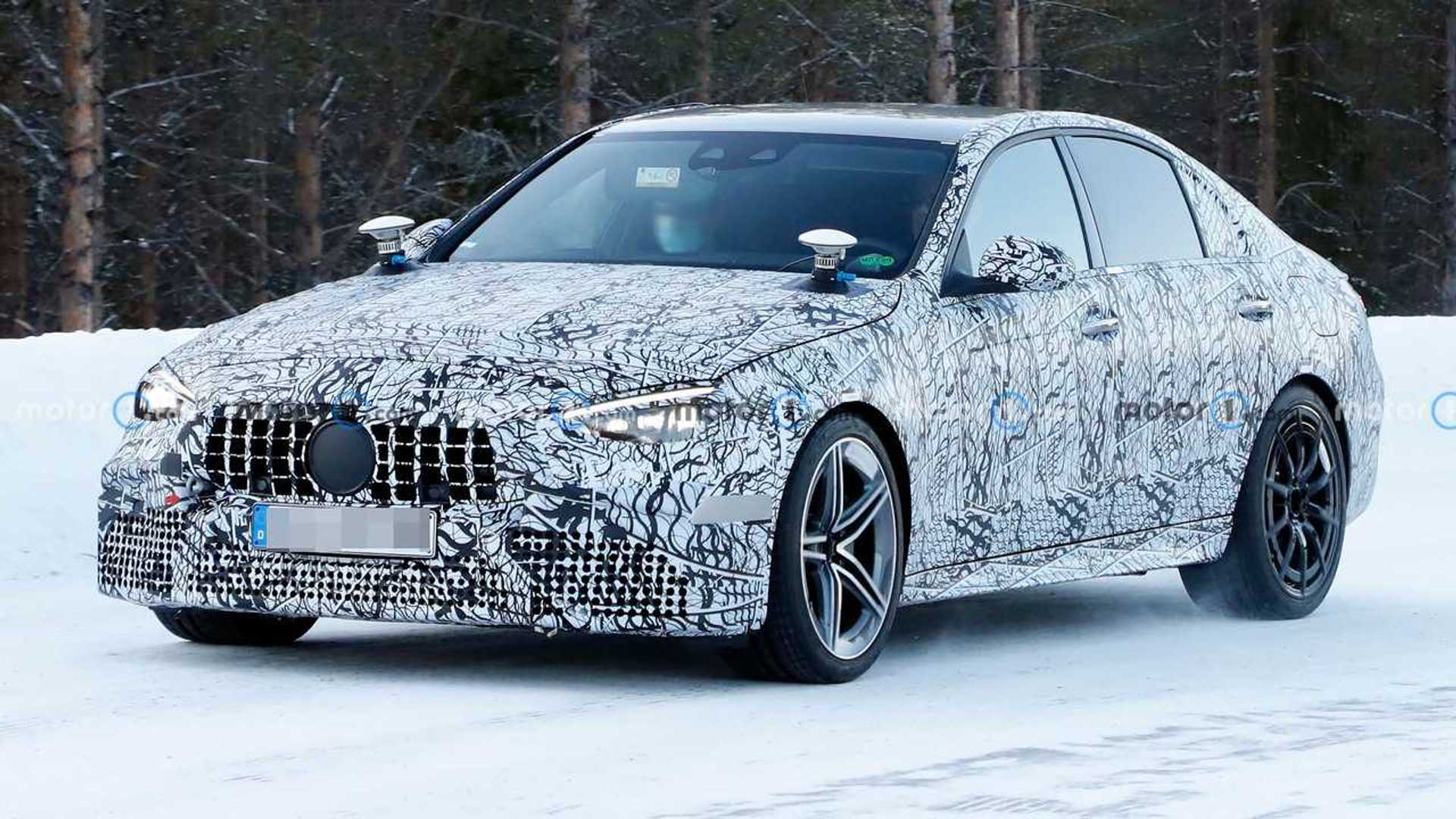 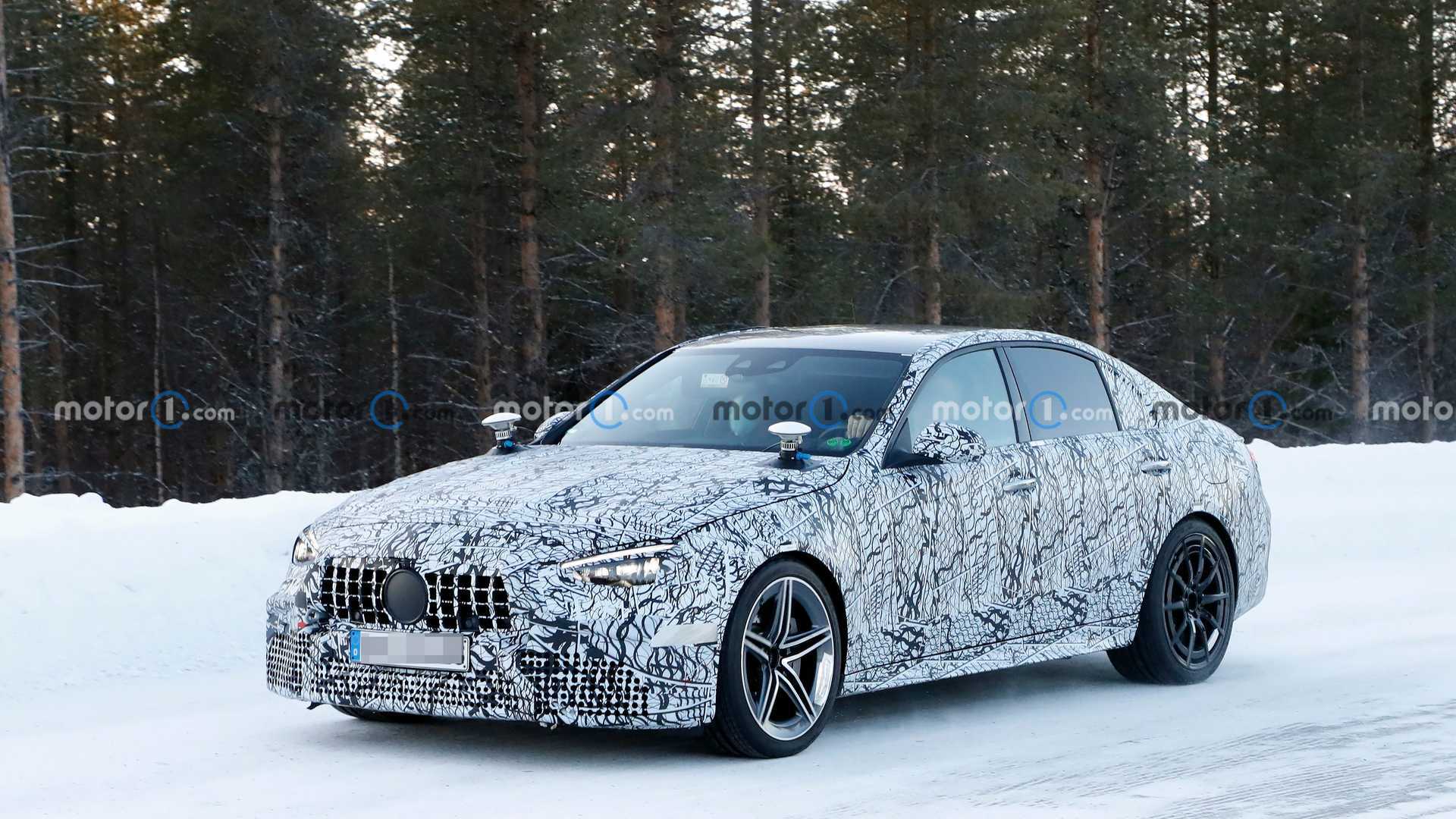 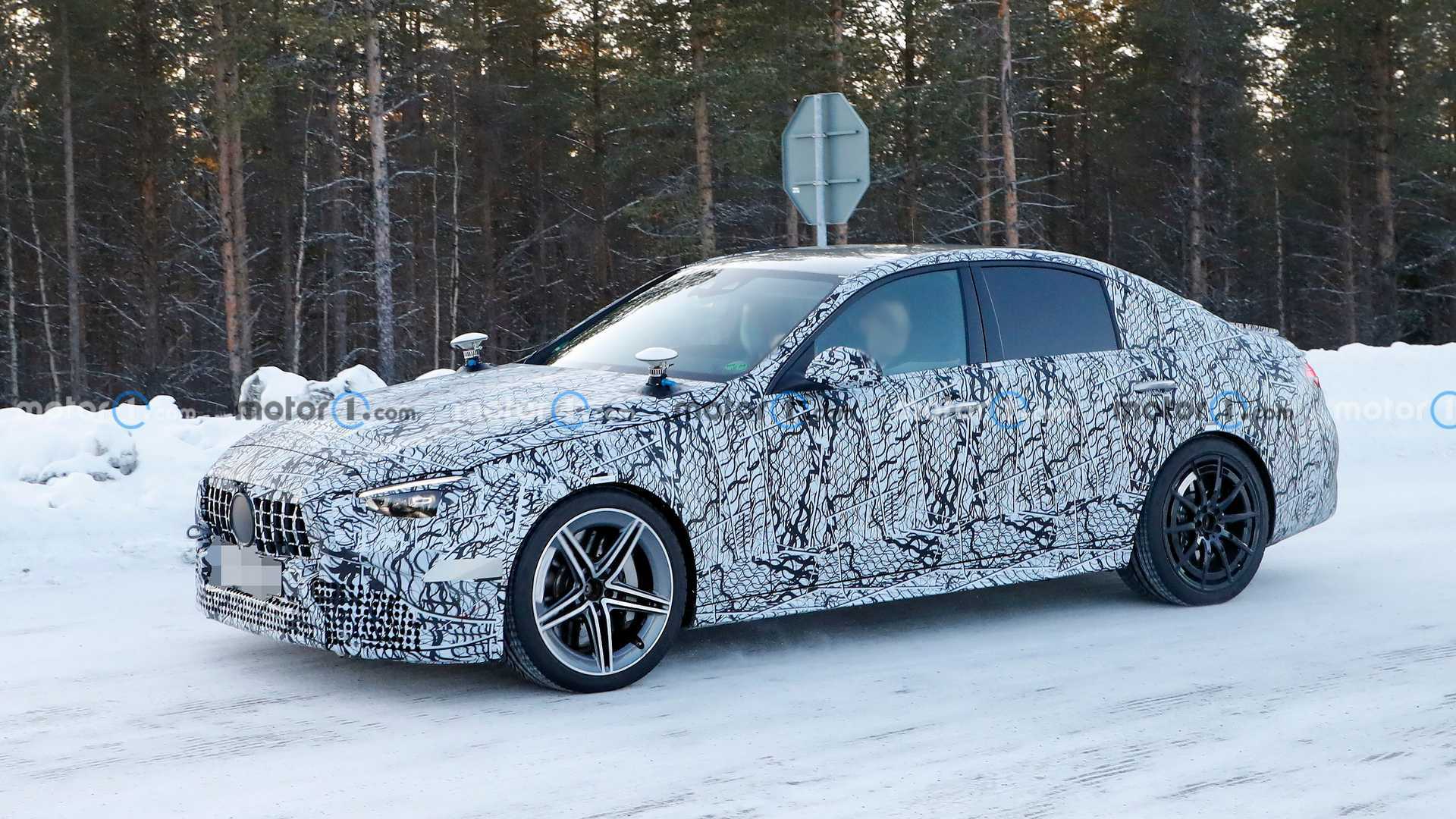 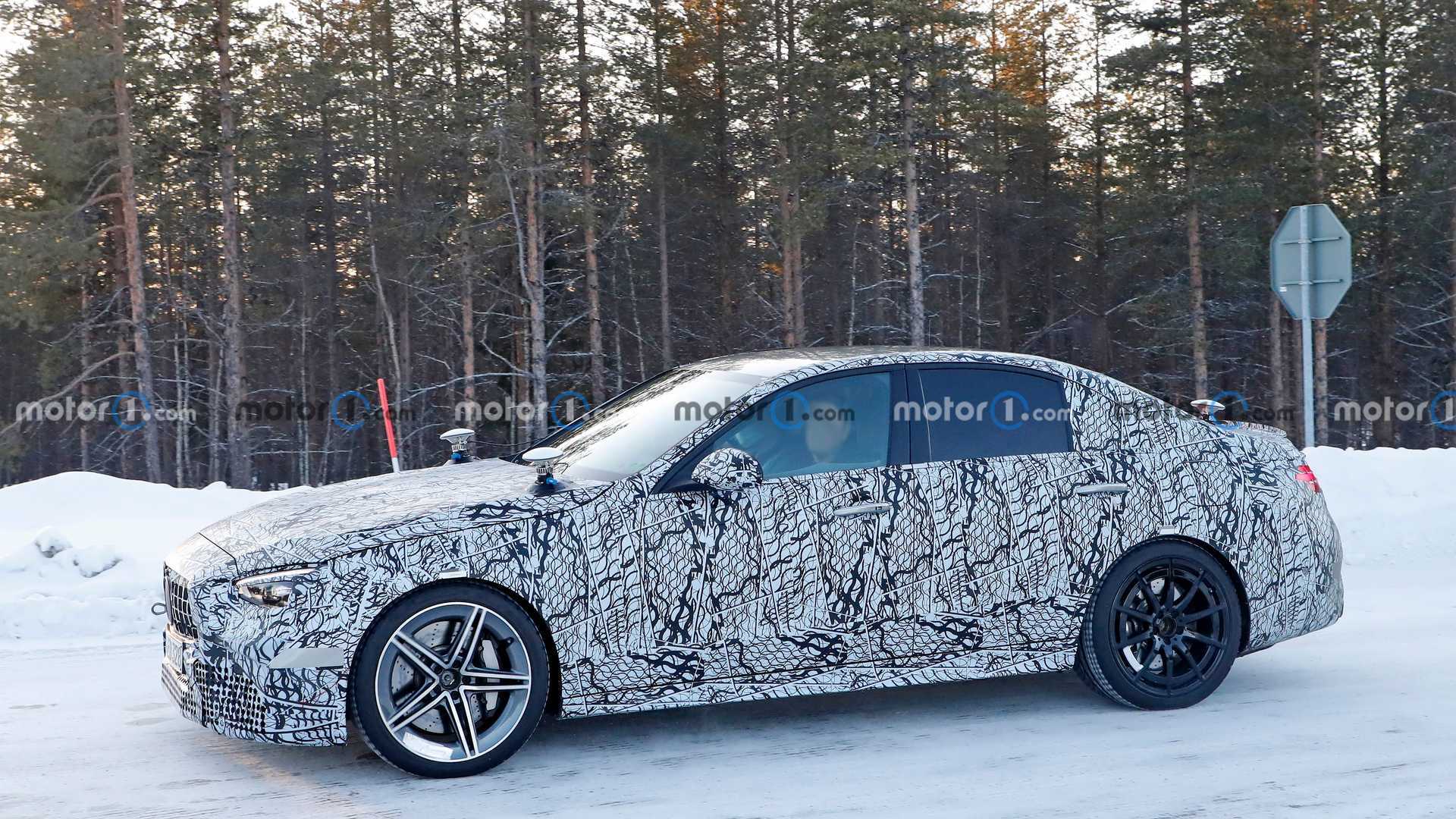 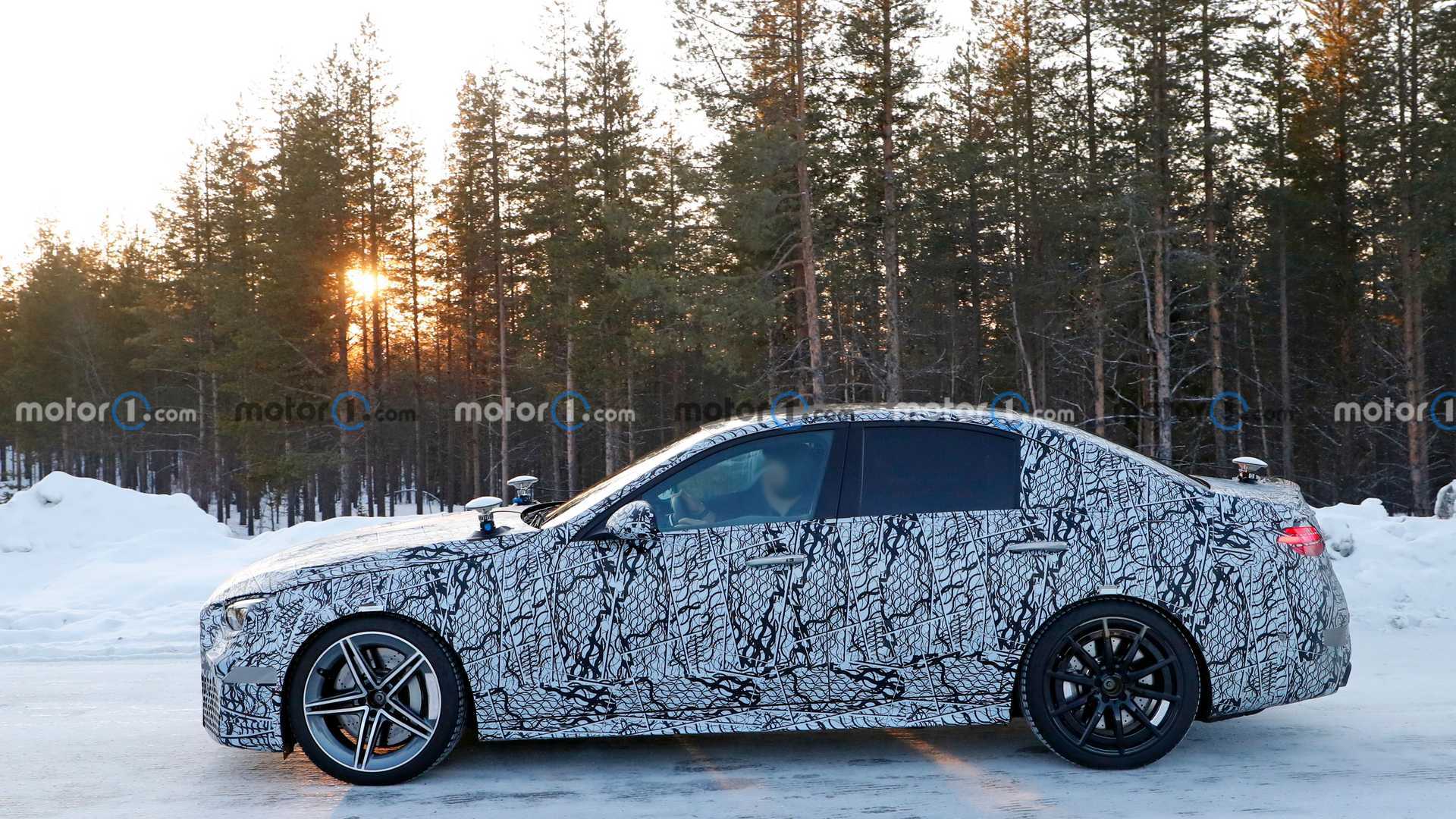 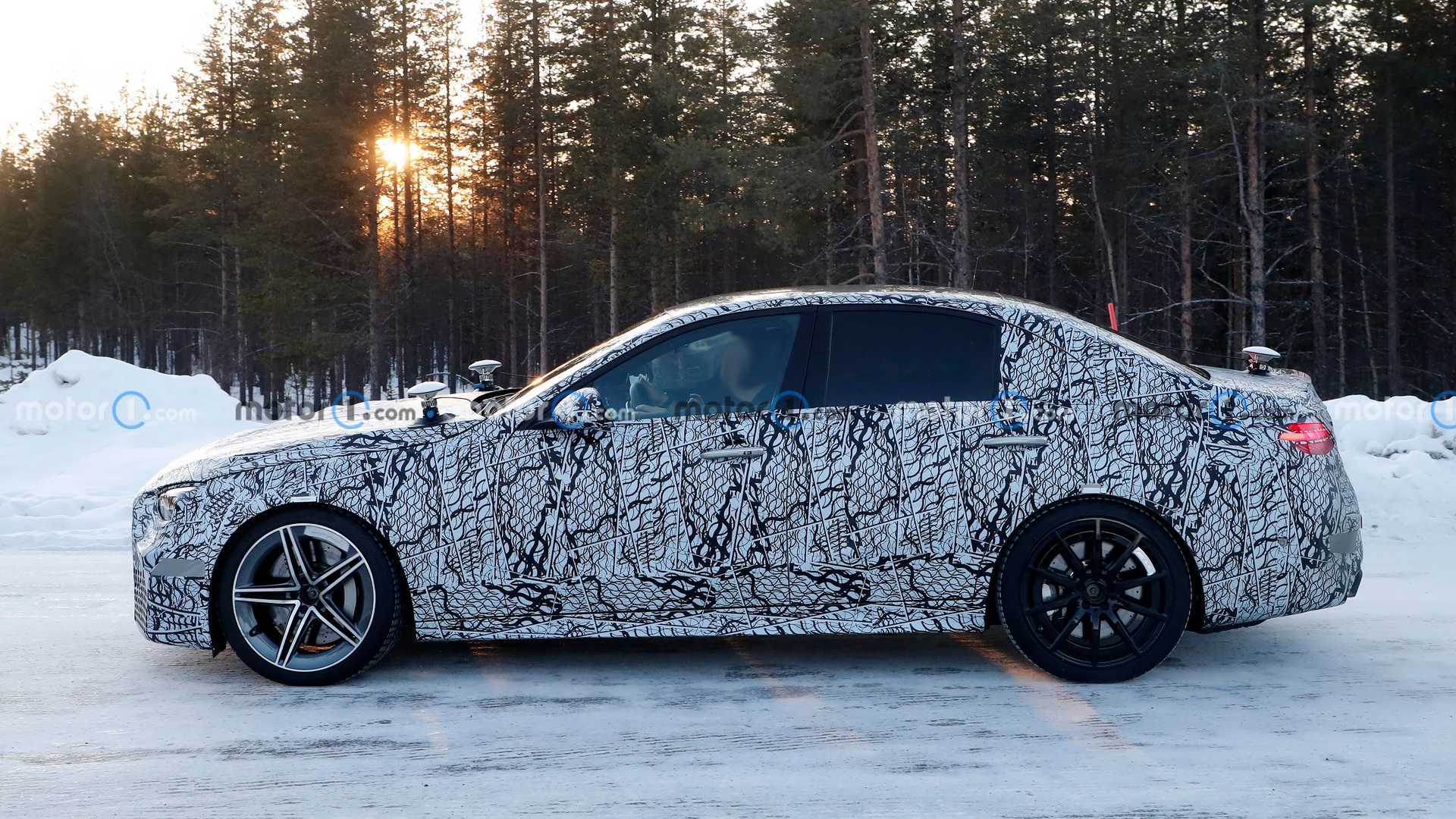 By now it’s surely no secret that the next-gen C63 will trade its thumping V8 for a turbocharged four-cylinder. Of course, it’s the same 2.0-liter four-pot found in the AMG A45, but in the C63 it will be paired with a hybrid system. We’ve heard the system will utilize both an inline motor as well as a separate rear-mounted electric motor. The engine itself should punch out over 400 hp, but with electrified assistance, the combined output could approach 550 hp. All-wheel-drive would put the power to the ground, but a rear-wheel-drive architecture with a drift mode should let tail-happy C63 drivers still have some fun.

As for the strange testing gear on the car, we’re honestly at a loss. Some sources have claimed it’s related to suspension testing. We’ve speculated that they could be air temperature sensors, but ultimately it’s a mystery to us. Jump into the comments with some thoughts if you’ve seen these items before.

As for the rest of the car, we still expect a debut later this year as a 2022 model.