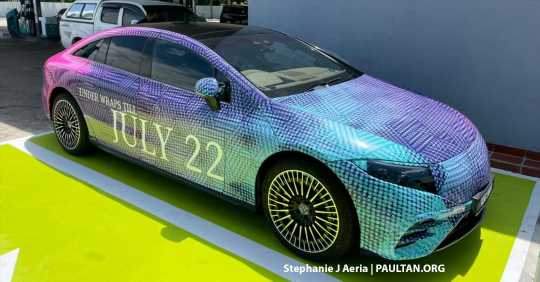 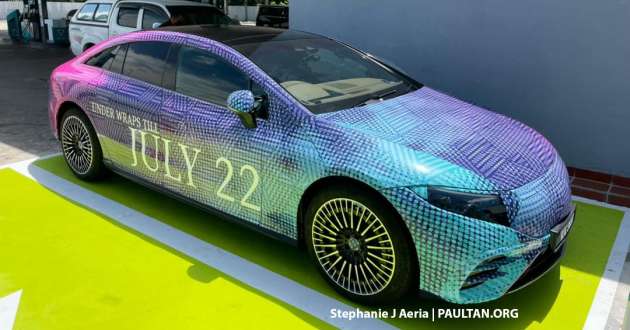 Mercedes-Benz Malaysia (MBM) will soon add the EQS to its electric vehicle portfolio, as the all-electric sedan was recently spotted at the Petronas station at Gambang east-bound R&R on the East Coast Expressway. The location is where you’ll find one of the DC fast chargers that is part of the Energise charging network announced by Petronas back in March this year during the launch of the EQA.

Based on the text on the camouflage, it looks like EQS could make its launch debut next month on July 22. It’s not certain which variant of the EQS we’ll be getting, and MBM has not indicated anything on its registration of interest (ROI) page for the EV.

When the EQS was first introduced last year, the flagship EV sedan was offered in two variants, namely the EQS 450+ and the EQS 580 4Matic. In the time since, the variant count has grown to six, with the EQS 350, EQS 450 4Matic, EQS 500 4Matic and AMG EQS 53 4Matic+ joining the line-up. 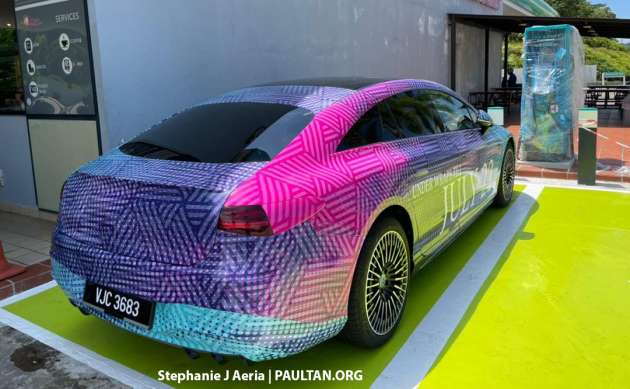 As for charging, the EQS ships as standard with an 11-kW onboard AC charger but can be specified with a 22-kW unit. The car is also compatible with up to 200 kW of DC fast charging, which can provide up to an additional 300 km of range in just 15 minutes (for variants with the larger battery).

While we must wait until July to find out which version of the EQS we’ll get, over in Thailand, the EV has already been launched as of last month and is offered in two variants, both based on the EQS 450+ powertrain.

Which variant of the EQS are you hoping we’ll get? Are you looking forward to the new Mercedes-Benz EQ model, or will you be holding out for BMW’s answer to it, the i7, which is also open for registrations of interest? Let us know your thoughts in the comments below.