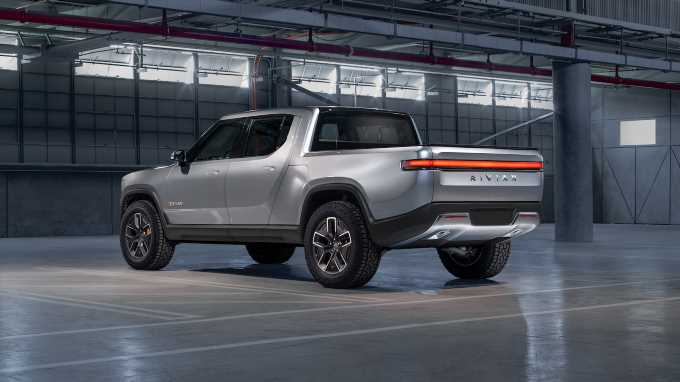 If you’re one of the 30,000 reservation holders who’ve been patiently waiting for your new 2022 Rivian R1T electric pickup, be prepared to hold out just a little bit longer. In a blog post today highlighting new equipment for the R1T, Rivian announced that it would be delaying the EV truck’s production by another month. First deliveries of 2022 R1T Launch Edition models will now begin in July instead of June, the automaker says. This is the most recent delay for the R1T after the COVID-19 pandemic delayed production from late 2020 until the summer of 2021.

The delay will effectively extend production of the R1T Launch Edition through the spring of 2022, after which we expect R1T Adventure and Explore Package electric pickups will become available. No word on how this affects Rivian R1S production. R1S deliveries were supposed to begin in August of 2021. It’s a safe bet that those deliveries will be delayed at least another month as well.

While the delay is certainly bad news for R1T and R1S buyers, the automaker did announce some product updates that’ll hopefully make the extra wait worth it. Now standard on all Rivians is an onboard air compressor, making airing down and back up again while off-roading—as well as inflating camping accessories like air mattresses—that much easier. Rivian also made the Off-Road Upgrade optional, instead of standard on Launch Edition and Adventure Package vehicles (it’ll remain optional on cheaper Explore models).

The company has also announced that a handful of Rivian Adventure Gear accessories are now live in its configurator. This includes cargo crossbars for the bed, a three-person tent that can mount on it, racks for bikes, kayaks, surfboards, and snowboards/skis, off-road recovery gear, among other things.

Rivian still looks like it will win the race to bring the first modern long-range electric pickup truck to market. Hot on the R1T’s heels is the 2022 GMC Hummer EV Pickup, which is expected to go into production by this winter. The Ford F-150 Lightning, which was revealed last week, is slated to hit dealers in the spring of 2022. The Tesla Cybertruck—which we had an exclusive behind-the-scenes first look of—likely won’t go on sale until late 2022 at the earliest, though some deliveries recently were promised by the end of 2021.