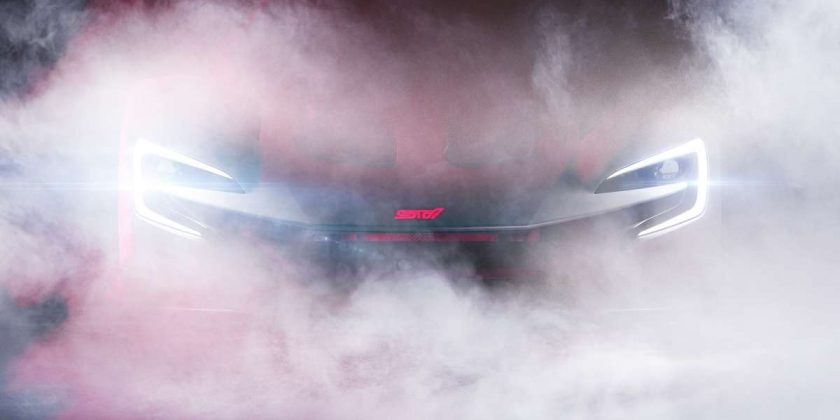 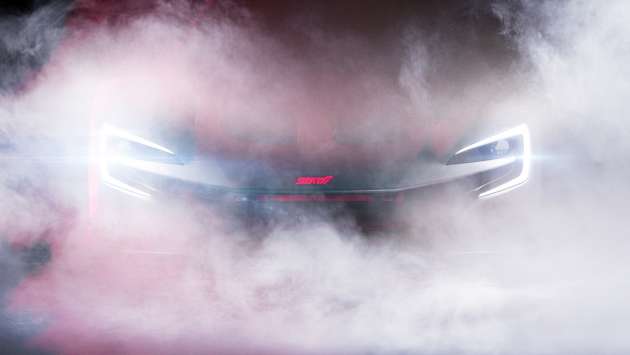 Subaru will be heading to the 2022 Tokyo Auto Salon with the STI E-RA Concept, an electrified study for carbon-neutral race cars, it said. The ‘E’ most likely refers to an electrified powertrain, while ‘RA’ stands for Record Attempt, a badge that has been affixed to past versions of track-focused, lightweight models.

The front grille is topped by an STI badge, and while there are hints of the badge’s signature pink hue on the fascia, the STI E-RA Concept appears to have traded the hexagonal grille of the Visiv Performance – which has been adapted for the latest WRX – and could wear a full-width aperture that extends into the headlamp assemblies. Interestingly, there is no Subaru badge visible here.

Also bound for the Subaru booth at the 2022 Tokyo Auto Salon will be the WRX S4 STI Performance concept, adding more visual flair to the latest generation WRX. The sedan gets kitted with front and rear bumper extensions, as well as side skirts, all finished in bright pink (cherry red, to STI) to enliven the otherwise drab grey-and-black scheme of this show car. An S204-esque carbon-fibre rear wing tops the bootlid.

The BRZ GT300 racer will also be showcased, with the two-door coupé to be presented as the automaker’s entry into the GT300 class for the 2021 season of the Super GT racing series. Other models to be displayed will be the BRZ STI Performance, which is based on the S grade trim variant and brings STI performance parts to the rear-wheel-drive coupé with the obligatory cherry red visual highlights.

This is joined by the Levorg STI Performance concept, which is based on the Levorg STI Sport R trim level and will be kitted with a cherry red splitter and performance muffler, along with “special items” to enhance the station wagon’s utility, says Subaru.