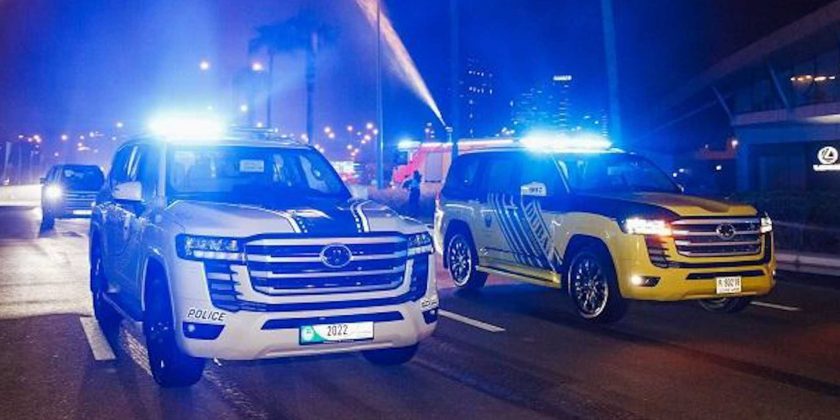 The off-roader debuted earlier this month.

Police cars today have branched out far beyond your typical Ford or Dodge. All around the world, law enforcement agencies have conscripted a variety of makes and models into their forces. However, there are few lineups as eclectic or expensive as those found in the United Arab Emirates, which recently added a new Toyota to the lineup – the 2022 Land Cruiser. It’s one of the lesser surprising vehicles to earn its badge.

The new Toyota off-roader joins the Dubai Police, the Abu Dhabi Police, and the Dubai Civil Defense forces. It joins a wide variety of supercars dressed in police uniforms. Other Land Cruiser comrades include several Porsches, Bentleys, McLarens, a Ferrari, and even a Bugatti Veyron. However, there are other, more mainstream models in the UAE on patrol, such as the Genesis GV80, though none are what you want to see in your rearview mirror. 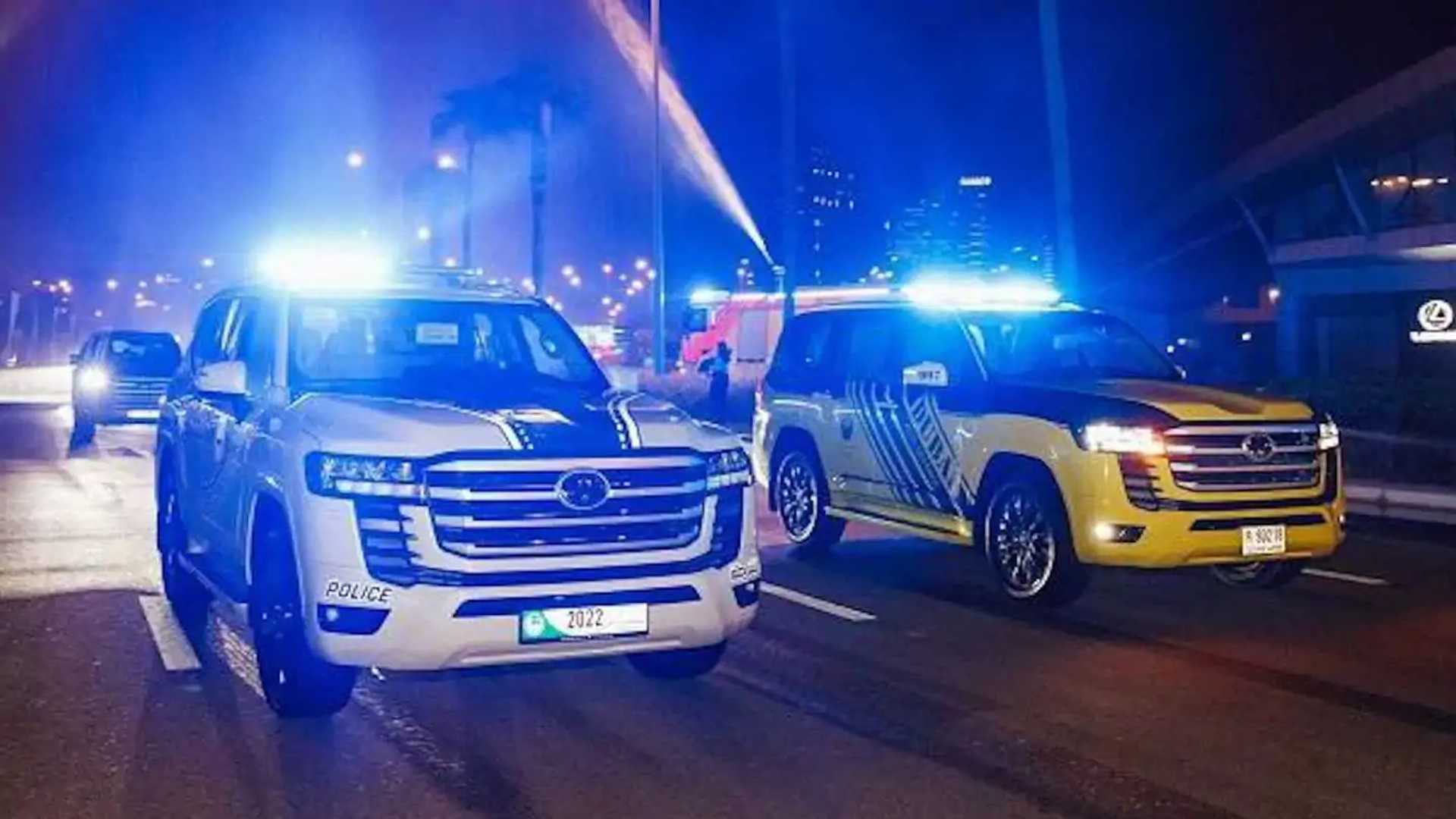 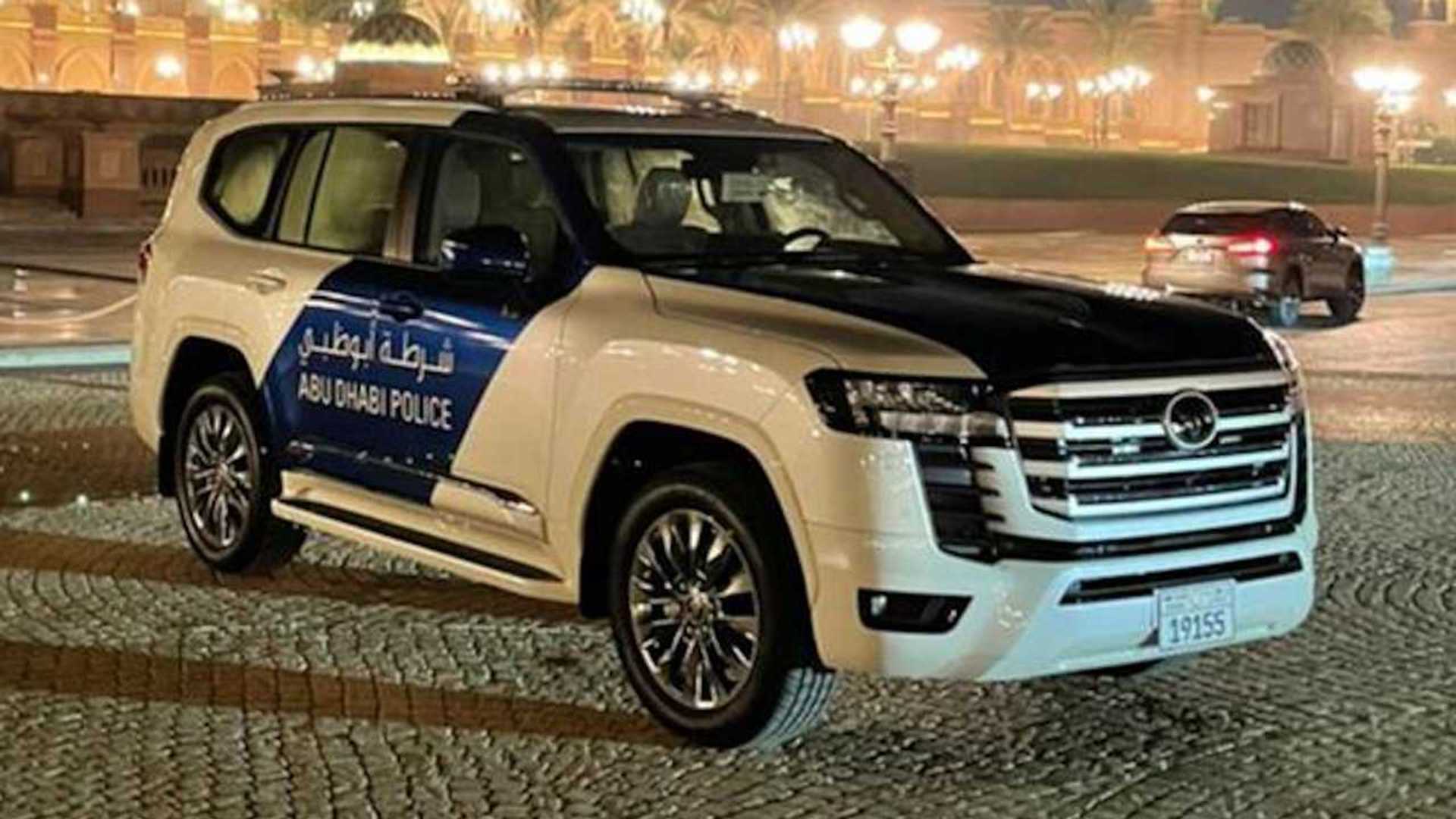 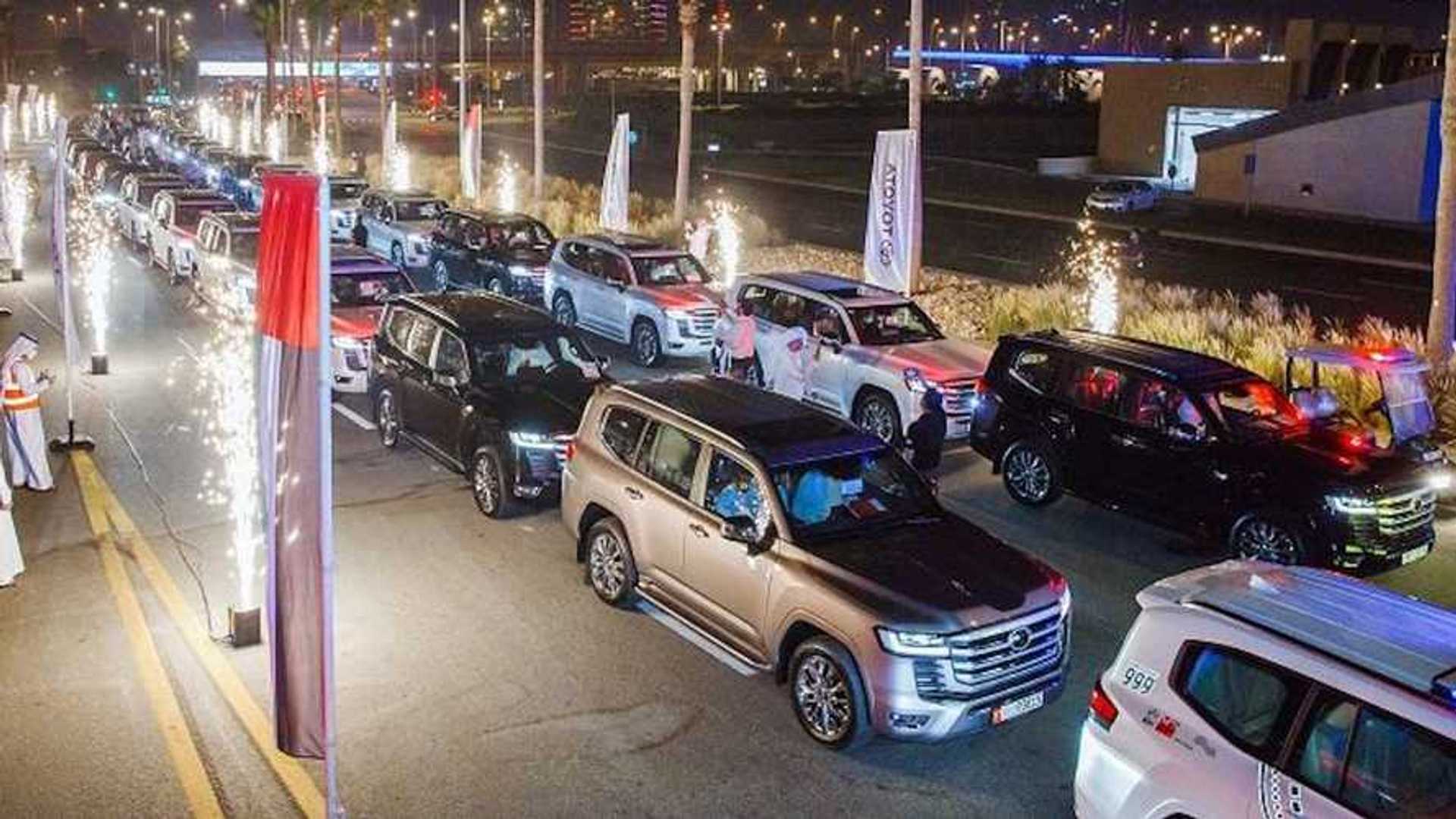 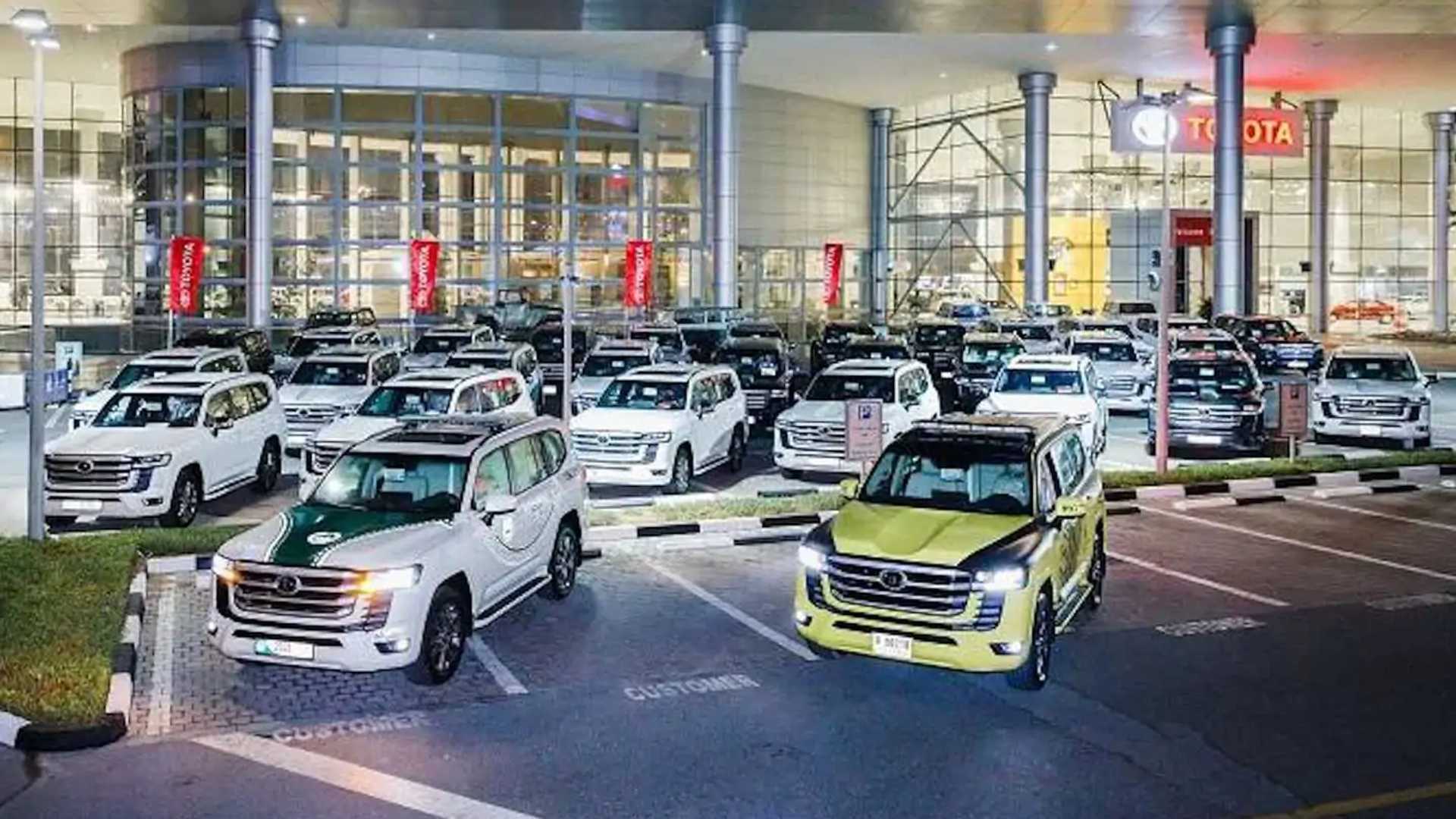 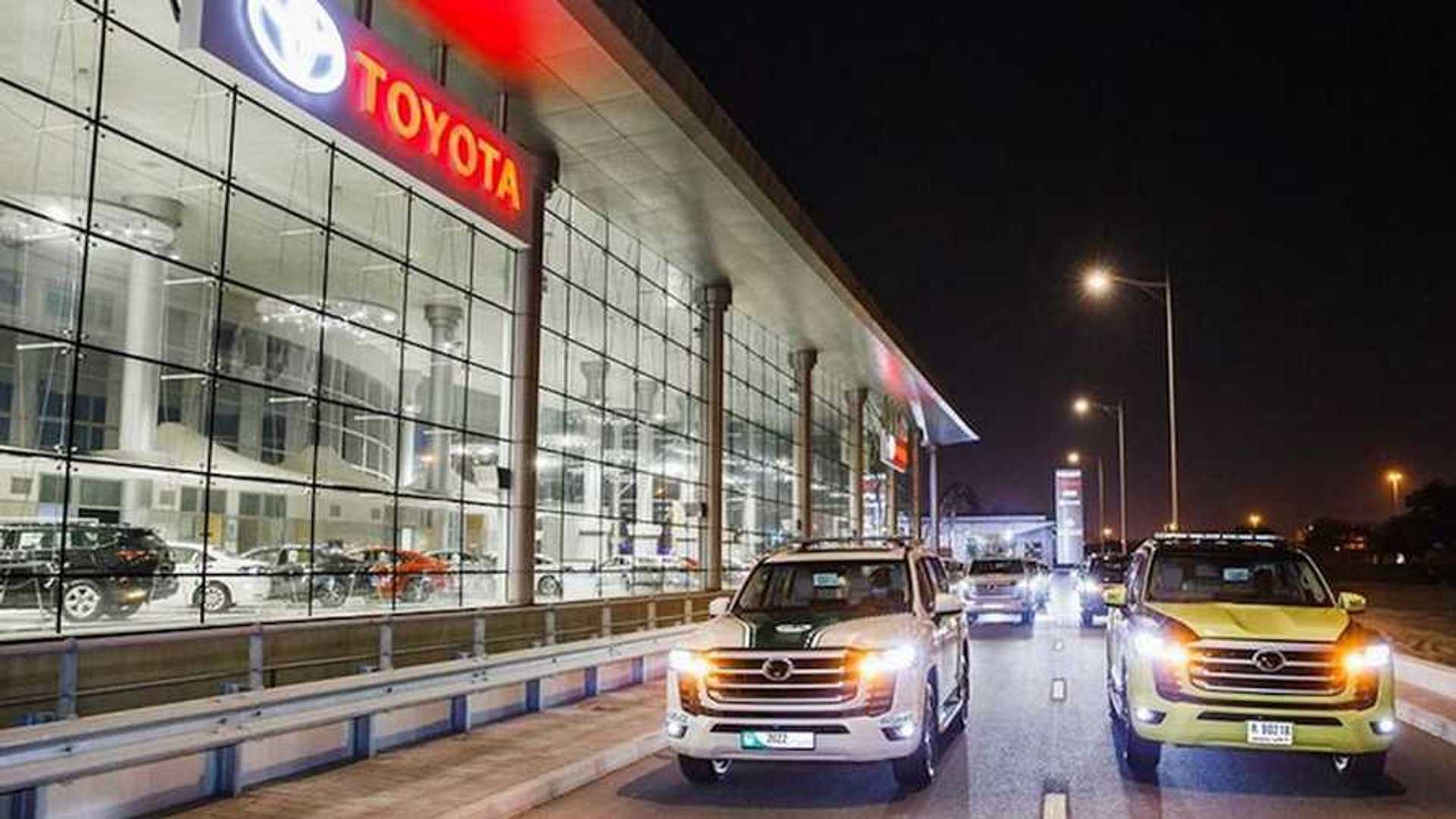 The LC300 has kept its rugged and chiseled design, though it underwent a radical redesign underneath the familiar shape. Toyota moved the model to its TNGA platform. There are even bigger changes under the hood where a twin-turbocharged 3.5-liter V6 replaces the naturally aspirated 5.7-liter V8, though the new engine makes more power – 409 horsepower (305 kilowatts) and 479 pound-feet (650 Newton-meters) of torque. That’s 30 hp and 80 lb-ft more than the V8.

That engine, along with the available diesel engine that will make 305 hp (227 kW) and 516 lb-ft (700 Nm) of torque, make the new Toyota more efficient and capable than the outgoing model, which is a boon for the UAE police. It’s 441 pounds (200 kilograms) lighter, too, which helps. The interior also received a significant reworking with new screens, new futures, and more comfort. Al Fittaim Toyota delivered 50 2022 Land Cruisers to police last Saturday. The new off-roader won’t be available in the US.