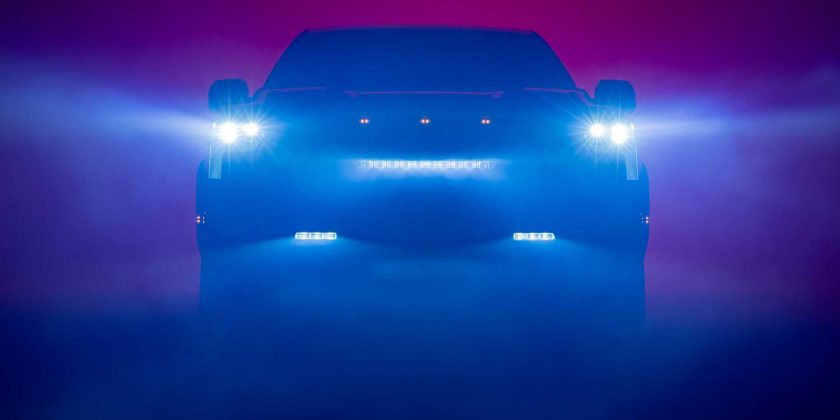 Can the next-gen Tundra take a bite out of Detroit’s pickup truck dominance?

A new Toyota Tundra is coming. We’ve caught glimpses of camouflaged prototypes from time to time, and we’ve even seen leaked shots revealing the headlights of the full-size truck. We expected Toyota to reveal its next-gen Tundra this year, and now that moment could be nigh thanks to an official teaser that just dropped today.

It’s the first such teaser we’ve had on the Tundra, and as the image above shows, Toyota is definitely pushing it as a mean machine. The three orange lights in the grille are straight from the Ford F-150 Raptor’s playbook, and there’s enough auxiliary lighting to illuminate a tick crossing a trail at midnight. The lights do appear to match up with the aforementioned leaked images, so it seems they were indeed legit. Renderings depict how the truck might look when revealed, and while it’s recognizable as a Tundra, it’s certainly an interesting look.

Leaked images aside, Toyota has done an admirable job of keeping details on the next-generation pickup under wraps. The only rumors we’ve heard are that a twin-turbocharged V6 will sit under the hood, and it will ride on the automaker’s TNGA-F body-on-frame platform. Toyota dealerships are apparently pretty excited about it, claiming it will be a world-beater with all kinds of best-in-class attributes but of course dealerships are going to say such things.

The final word will come in sales, and on that aspect, the current Tundra hasn’t been a champion. A little over 100,000 trucks were sold in 2020, and that was also the case in pre-COVID 2019. With the current Tundra’s bones dating back to 2007, an updated machine is sorely needed if Toyota hopes to even get close to the market share enjoyed by GM, Ram, and Ford. For now, Toyota simply tells us the new truck is coming soon but once the teasers start, it’s usually just a matter of weeks or even days until the covers are lifted.