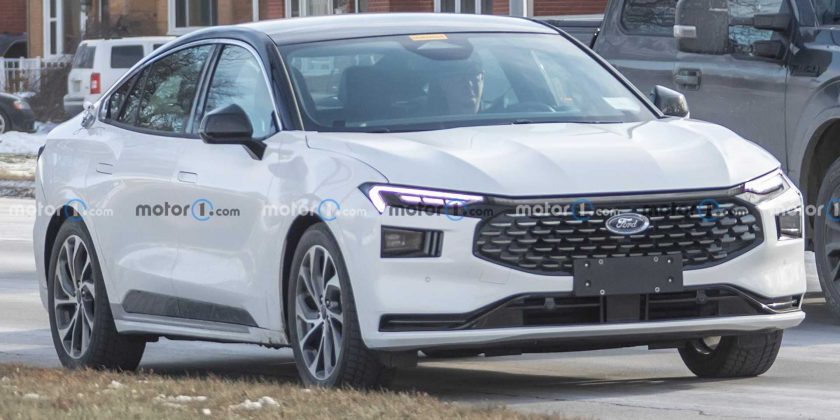 Ford is developing a Fusion and Mondeo sedan replacement, but it’s not much of a secret thanks to leaked photos. It’s not as if the spy shots left much to the imagination, but it seems Ford is apparently saying to hell with keeping it a secret because new spy shots captured the sedan completely uncovered out testing in Ford’s hometown of Dearborn, Michigan.

The car looks identical to the Chinese version we saw, as the leaked photos revealed several trims with subtle styling differences. The front bumper on the uncovered test car has a simple lower grille opening that doesn’t connect to the headlights, which we have already seen. There are also small variations to the side sills and the rear valance, but these appear to be minor trim differences. 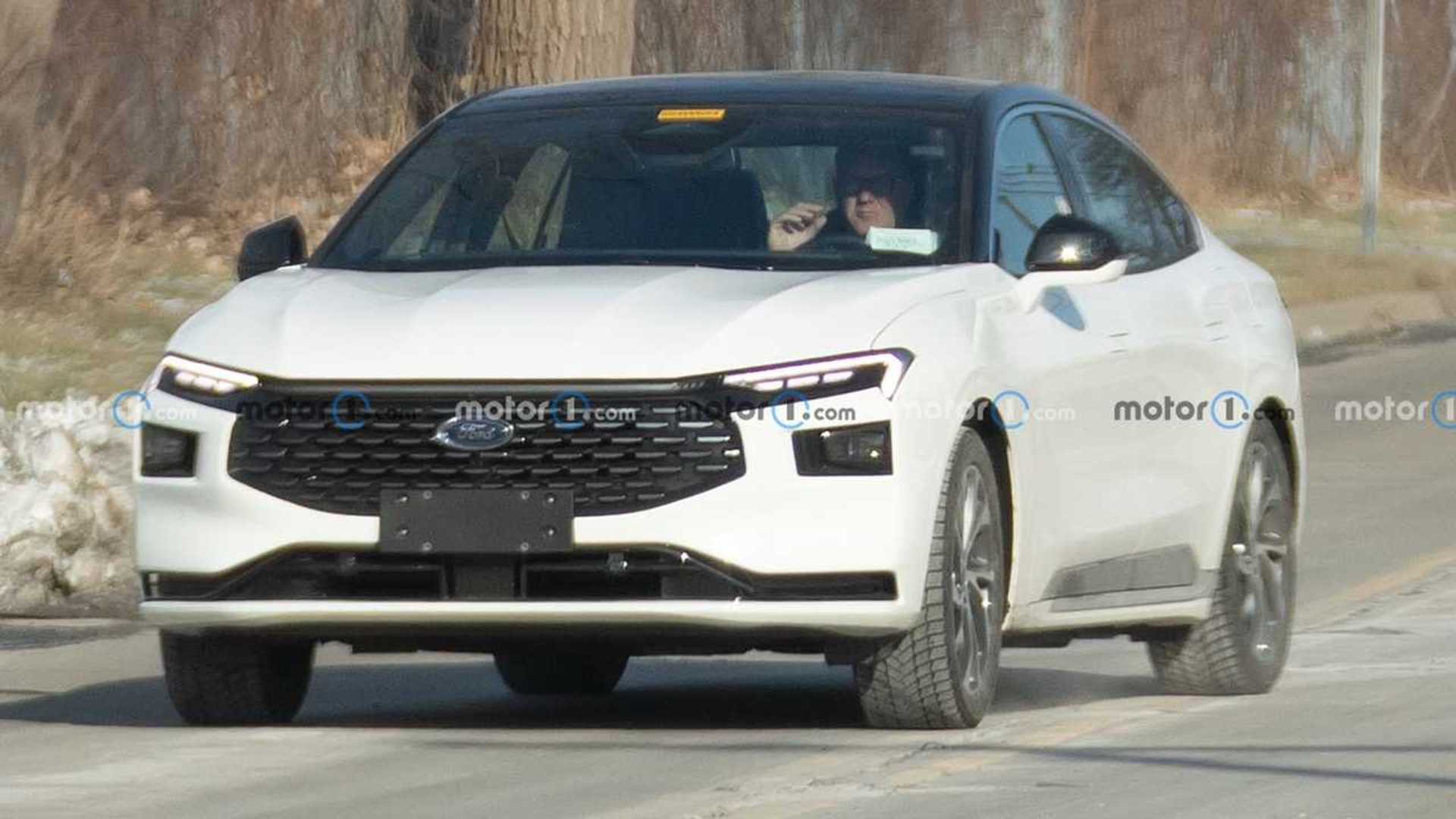 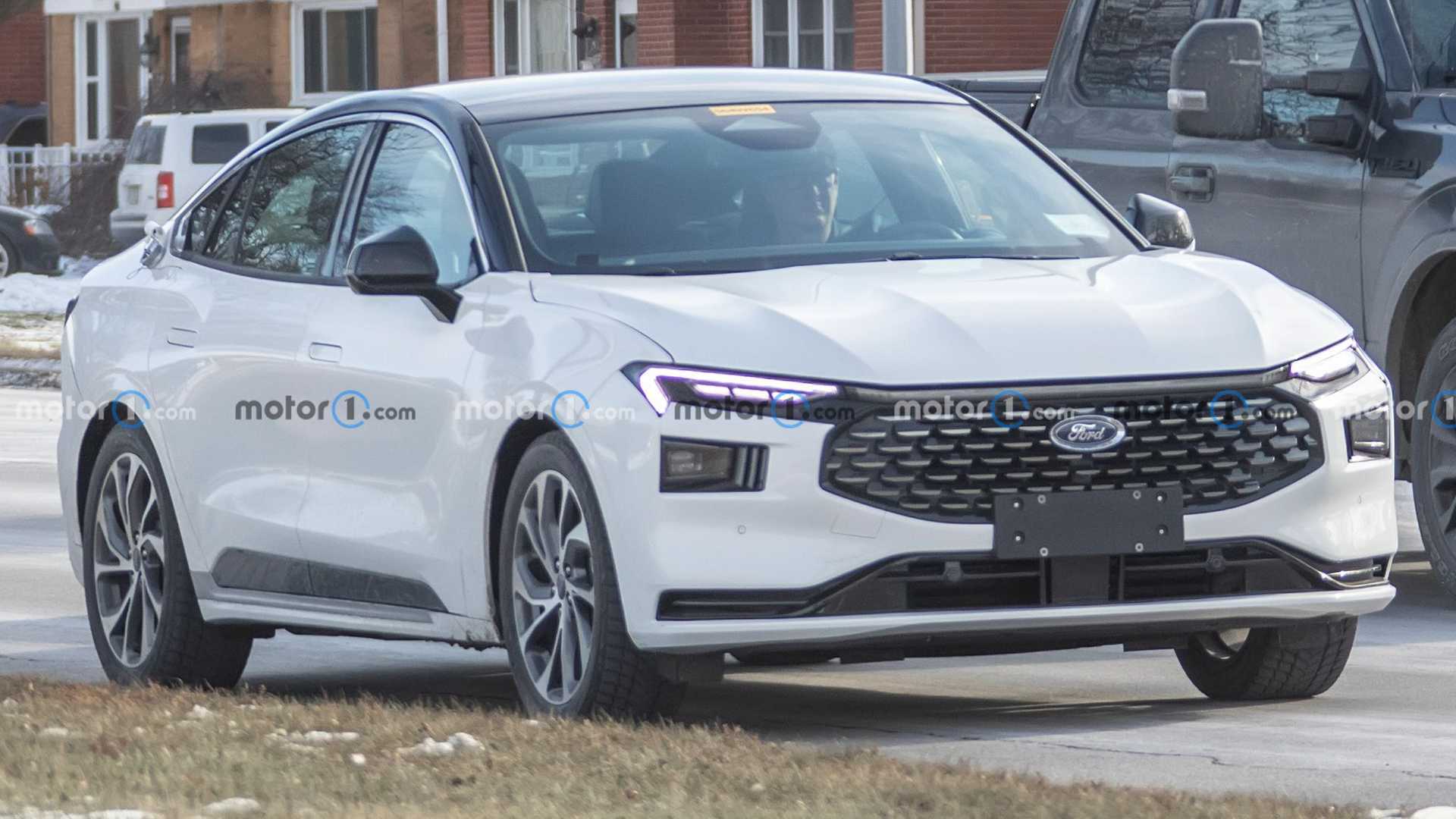 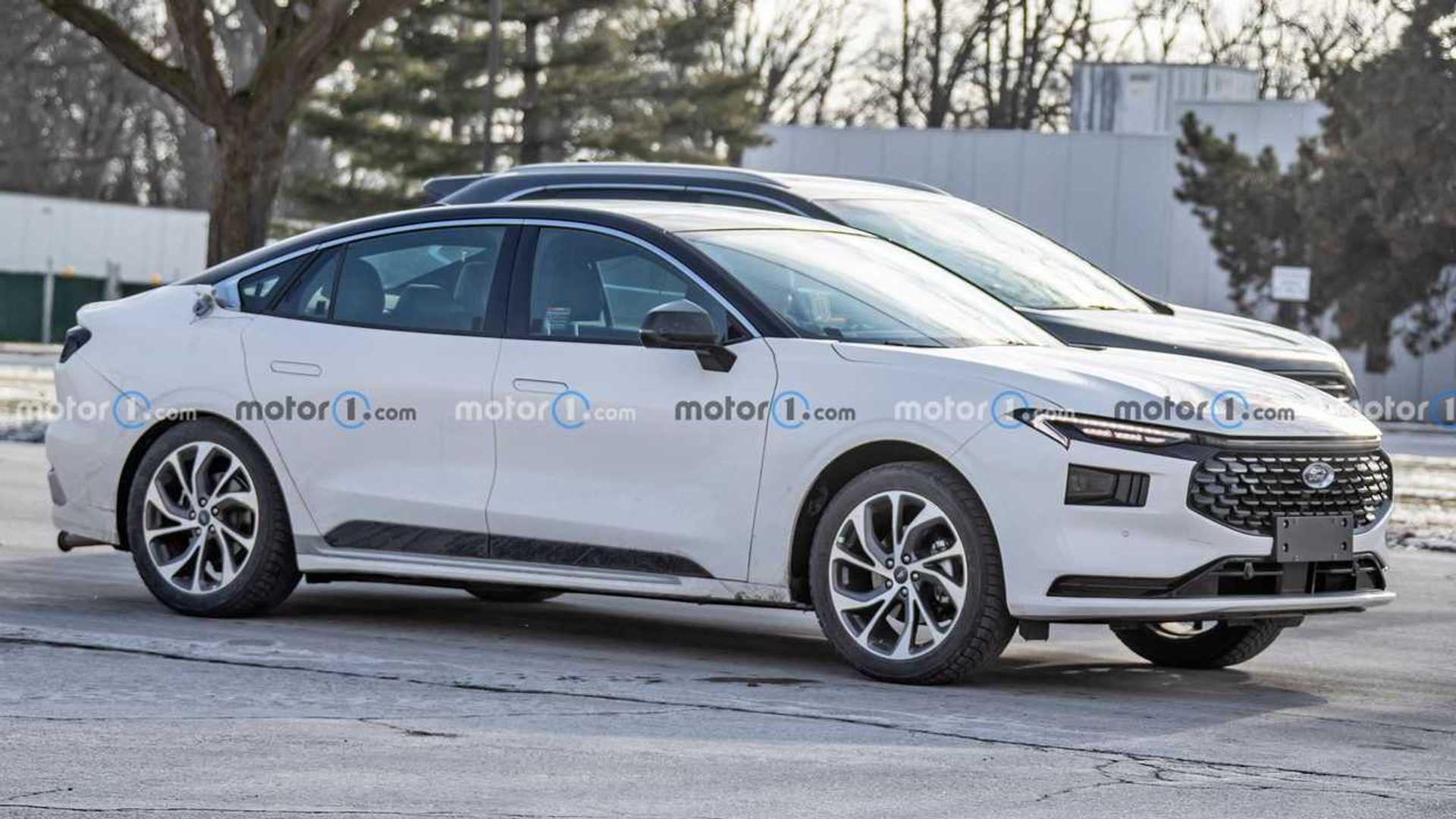 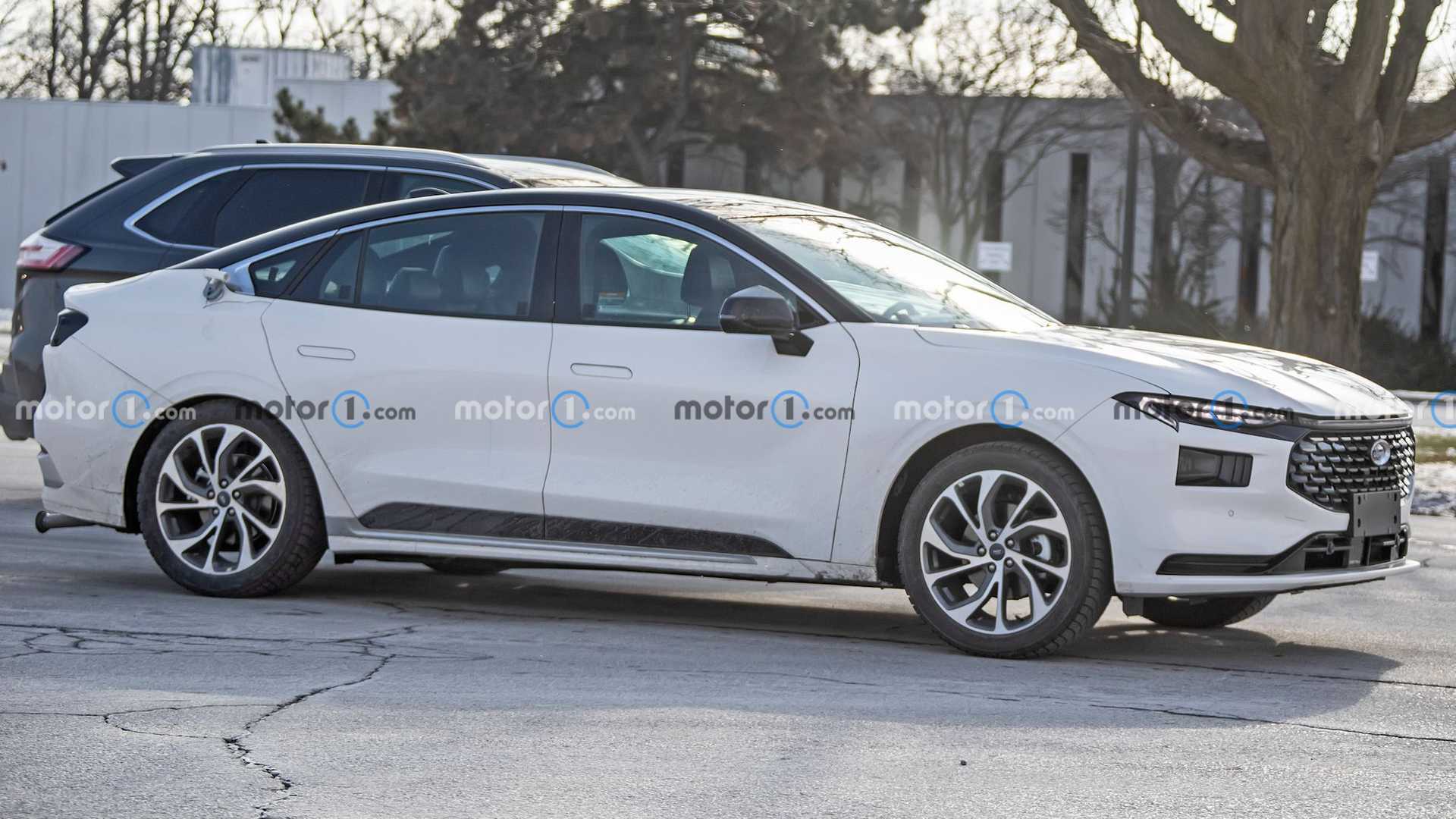 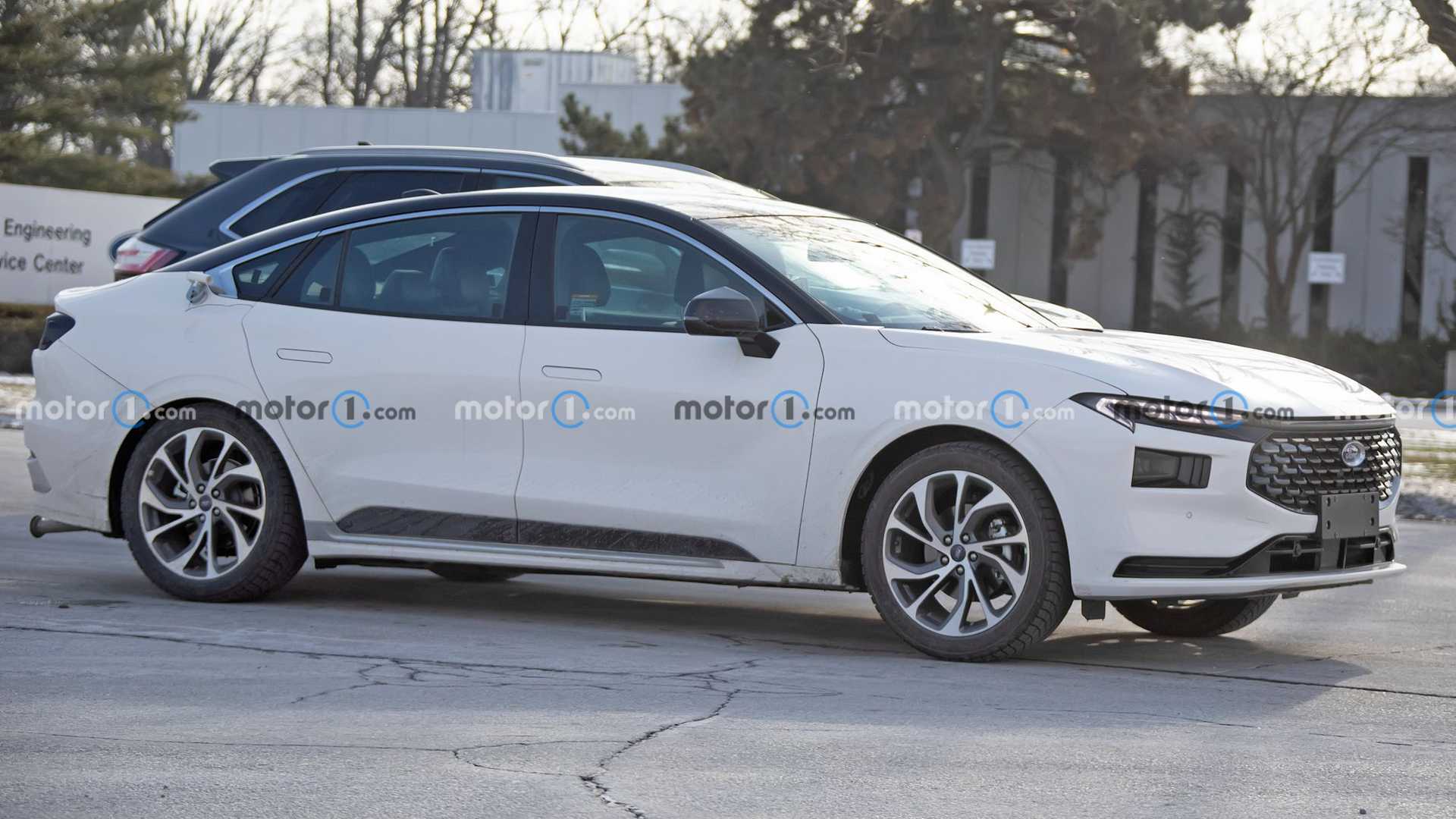 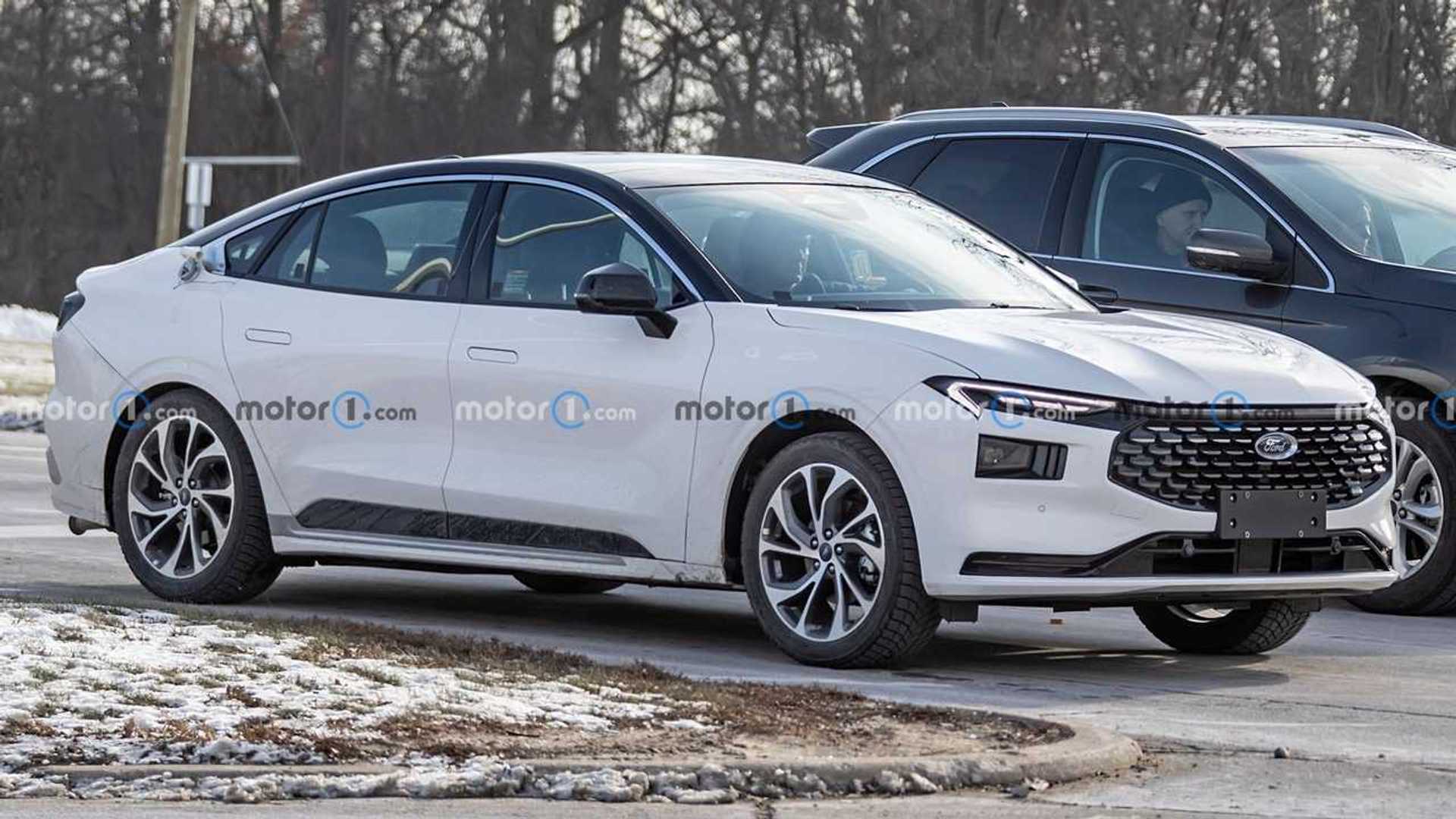 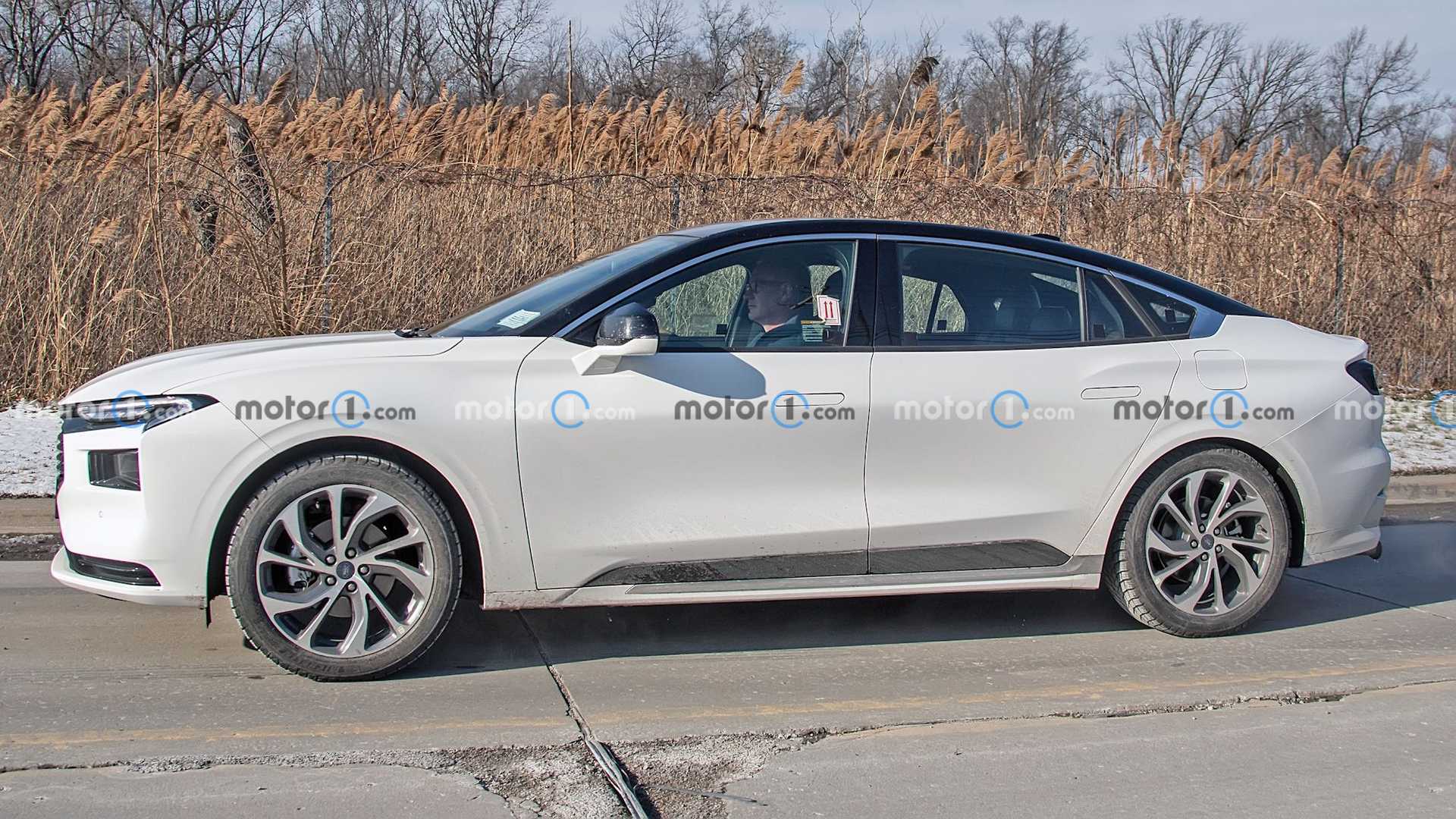 The new Mondeo/Fusion looks strikingly similar to the Ford Evos crossover that debuted last year, which turns the car into a wagon-like crossover. The Evos is expected to become Europe’s Mondeo and America’s new Fusion, which means the Chinese sedan version spied here is unlikely to arrive in the US. The Evos does have its own distinct front bumper and rear-end design, though the two share a lot, as well.

Powertrain details for the new Ford remain a mystery, but the Mondeo in the spy shots is wearing badging that suggests a 245-horsepower (182-kilowatt) 2.0-liter engine sits under the hood. Ford could cram a variety of powertrains into the model, including hybrid and all-electric, but there’s no concrete evidence for this just yet.

Ford may have abandoned the sedan market in the US by discontinuing the Fusion and the rest of its car lineup, but the company won’t altogether leave that game. Mondeo production is scheduled to end in Europe this March, so there will be a spot open for the new model in Ford’s European lineup, which might receive both the crossover and sedan variants. It’s unlikely we’ll get the Mondeo sedan here.