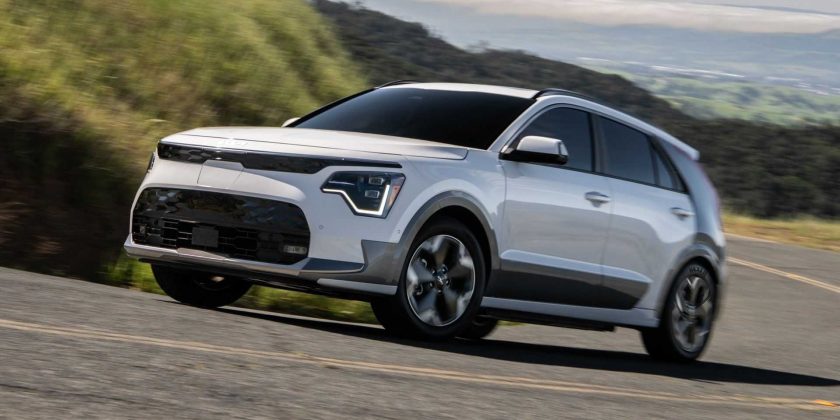 Complimentary charging is one way automakers are trying to spur on the sale of electric vehicle, like this new deal from Kia that grants new Niro EV buyers the ability to charge with up to 500 kWh in the Electrify America network of charging stations. According to the manufacturer, that should be good for around 1,950 miles (3,200 km) of free driving and it should help ease the concerns of people for whom it is their first EV and they are anxious to make the switch.

Furthermore, Electrify America offers fast charging at all of its stations, enabling the 2023 Kia Niro EV to charge at its maximum 85 kW. That’s a fairly low rate of charge by current standards, but it does bring the state of charge from 10 to 80 percent in around 45 minutes, enough for around 220 miles (the latest Niro EV has a slightly larger 64.8 kWh battery pack and marginally more range than the outgoing model, an EPA-rated 253 miles).

And while the new Niro EV may look radically different compared to the old model, they are basically the same car underneath, with the newer model featuring incremental improvements but no major technical changes. It has the same 201 horsepower as before, but a lot less torque, and thanks to 0.8 kWh more usable battery capacity, it has under 20 miles of extra range.

The Electrify America network is the largest of its kind in the United States and between its 800 locations, it has around 3,500 individual chargers, and it plans to double the number of stations and triple the number of chargers over the next three years. All stations offer at least 150 kW charging power, but some are rated as ultra-fast and go all the way up to 350 kW, catering to vehicles with an 800-volt electric architecture that enables that level rapid charging.