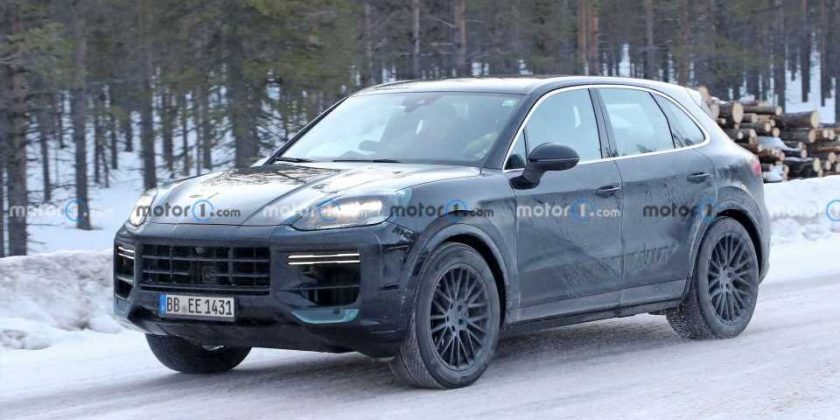 The Porsche Cayenne facelift is underway. To whet our appetite, here’s another set of spy shots while the updated SUV is undergoing some winter tests. Even better, our spy photographers were able to go near the refreshed model, giving us an up-close look.

As seen on the set of photos below, the concealments on the headlights are placed around the headlights and on the bottom bumper. They make the lamps look bigger, while we’re still guessing what Porsche is hiding on the corners of front corners. Beyond the concealments, though, we can already see what’s new at the front when compared to the outgoing model. 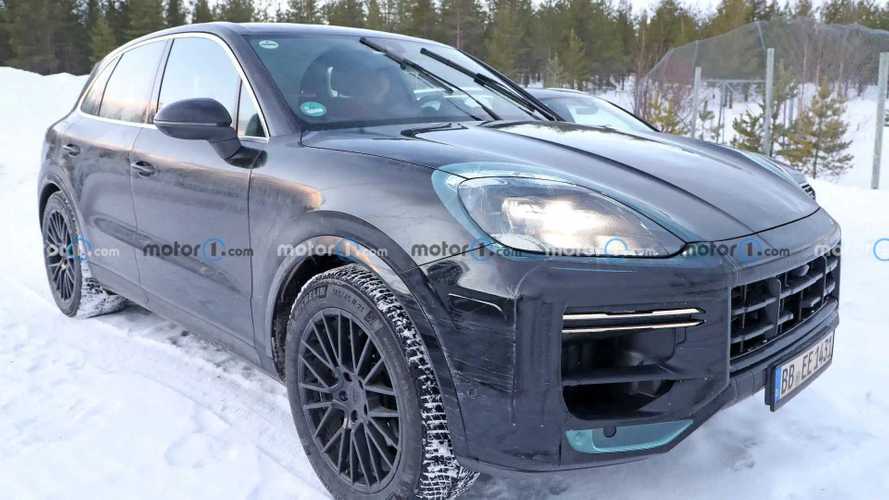 The rear is where it gets interesting. There’s a hefty amount of tape used to conceal the strip that cut across the tailgate, which means the German marque is employing an update on the taillight graphics. It also appears that the taillights are bigger than before, almost reaching up to the center of the tailgate. The turn signals at the rear are apparent, but as far as what the changes will be, it’s still a mystery at this point.

Inside, the updates aren’t seen with this batch of photos. Previous spy shots show a new infotainment system and fewer physical buttons, plus an updated gear shifter a la Porsche 911.

Updates on the powertrain are still undisclosed as of date, but you can expect Porsche to increase the power figures slightly for the facelifted Cayenne. There’s also an update coming for the swoopy Cayenne Coupe. The facelifted Porsche Cayenne is expected to debut this year. We’ll keep you posted when we hear about the exact schedule.

Meanwhile, the US gets a Platinum Edition for the Porsche Cayenne and Cayenne Coupe, for those who don’t want to wait for the updated version.