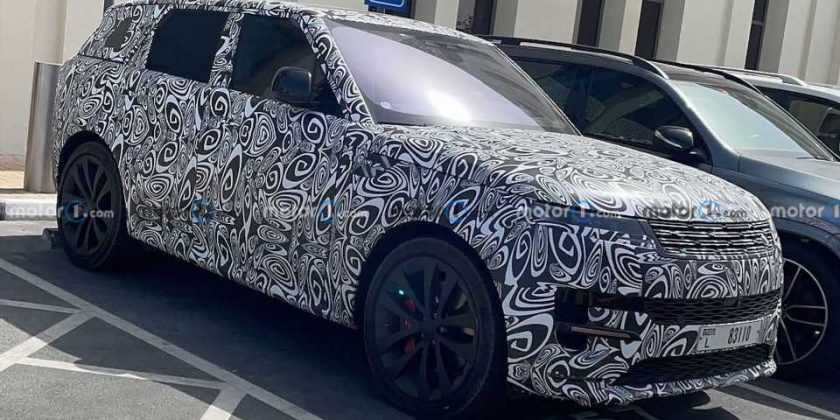 Land Rover is about to unveil the Range Rover Sport in May, but another prototype has been spotted in SVR guise. Based on the license plates seen on the prototype, it appears that this one was spotted in Dubai. More importantly, these are up-close spy shots showing some details under the thinning camouflage.

Unlike the previous Range Rover Sport sighting, this one is wearing its SVR skin. The squared-off quad exhaust pipes give that away. You can see the redesigned headlamps, taillights, and bumpers on both front and rear fascias, but if there’s any clue, you can turn your attention to the new Range Rover for a preview. 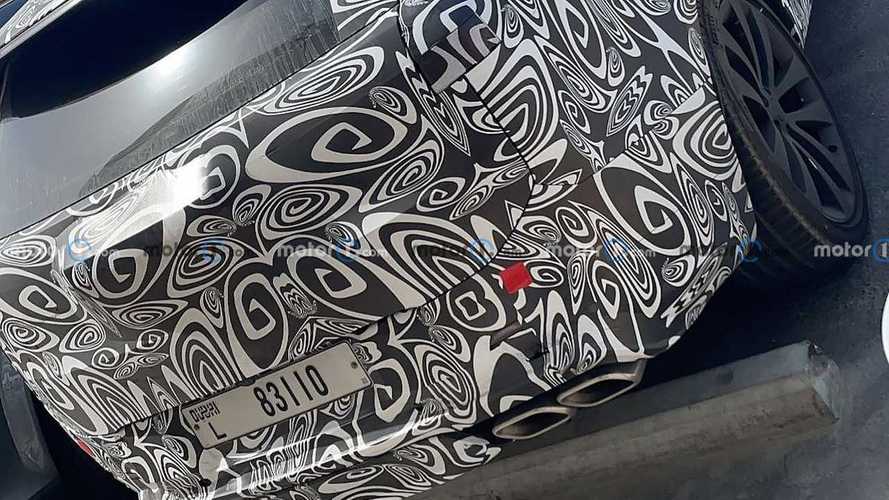 While the upcoming RR Sport line looks largely similar to the outgoing model because of the evolutionary approach to design, the underpinnings are completely different from before. The Range Rover Sport lineup is underpinned by the same MLA-Flex architecture as the new Land Rover Range Rover.

The top-spec and most powerful Range Rover Sport SVR trim that we see here will reportedly be using BMW’s 4.4-liter twin-turbo V8 engine from the X5 M. This mill is good for 615 horsepower (452 kilowatts) in the X5 M Competition. That said, we’re expecting the Range Rover Sport SVR to have a fighting chance against rivaling European SUVs.

Land Rover has already teased the Range Rover Sport in a shadowy image of the cabin. The company said that “the global reveal will include a dramatic debut”, which will “continue the daring exploits of its predecessor by undertaking a unique challenge for its launch.”

More importantly, the Range Rover Sport, including the top-spec SVR, will be fully revealed on May 10, 2022.