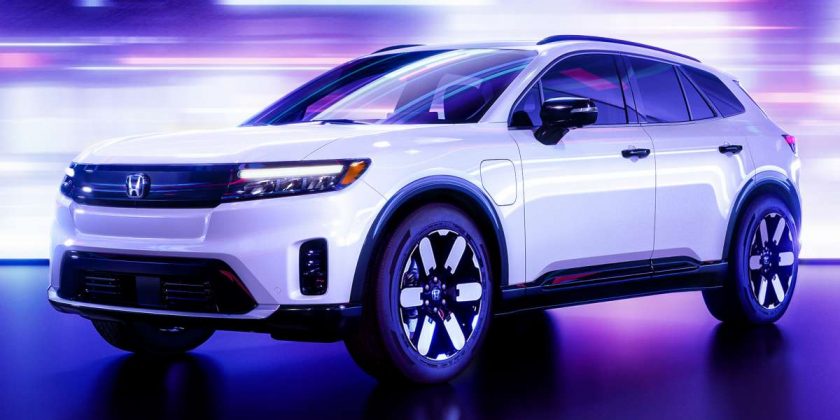 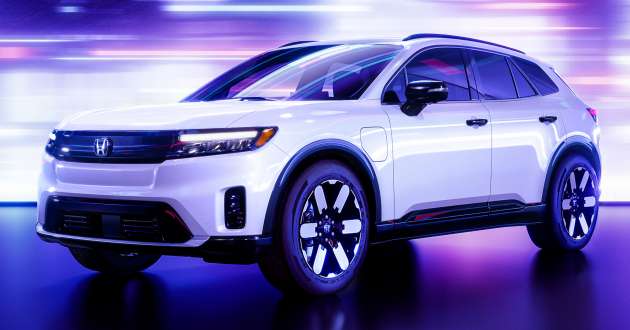 At long last, Honda has revealed the all-new Prologue, which is a fully electric SUV set to go in sale in the North America market in 2024. A result of Honda’s collaboration with General Motors (GM), the Prologue uses the American carmaker’s modular electric platform and Ultium battery technology that is also found in the Chevrolet Blazer EV.

For now, Honda isn’t providing specifications of its new EV, but reports claim it will match the Blazer EV. The Chevrolet model will be offered with a single electric motor mounted either at the front (FWD) or rear (RWD), with a third option being a dual-motor configuration for all-wheel drive.

While the Prologue’s powertrain remains a mystery for now, Honda is more than happy to share other details. As a start, the electric vehicle (EV) will be positioned above the latest CR-V and alongside the Passport in the line-up. 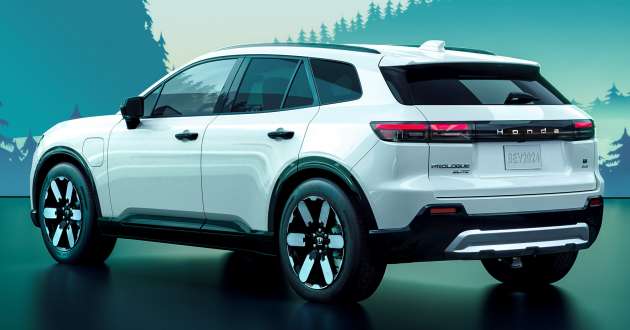 The Honda Design Studio in Los Angeles is responsible for how the Prologue looks, with the carmaker saying the SUV follows a clean and simple ‘Neo-Rugged’ design direction. The rounded front end features a black panel where a grille would traditionally be, flanked by compact headlamps with a thick light bar at the top of each cluster acting as daytime running lights.

A creased section under the Honda logo, which ties in with the creased bonnet, points towards the lower intake, which sports a thick frame and is where you’ll find two rows of slats sandwiching a panel for the sensors that support the car’s safety and driver assistance systems. There are also air curtains at the corners of the bumper that integrate the fog lamps.

Along the sides, the clean and simple surfacing is accompanied by relatively modest body cladding and unlike some EVs, the door handles do not retract to stay flush with the bodywork. Honda points out that the debut vehicle is equipped with 21-inch wheels in a six-spoke design as well as a panoramic sunroof. The paint finish you see here is called North Shore Pearl and is inspired by the natural beauty and colours near Lake Tahoe in California.

At first glance, there’s a hint of Range Rover Evoque at the rear, particularly when looking at the taillights. The slim, two-piece arrangement is linked by a trim piece on the tailgate that bears the Honda script, with the typeface appearing nearly identical to that on the e:NS1 and e:NP1 available in China. Other cues include a faux skid plate set among plenty of black trim in the lower apron, while the badges on the tailgate suggest this to be an Elite variant with an AWD powertrain.

Moving inside, Honda opted against tacking on the largest screen it can find onto the dashboard. Instead, there’s just an 11.3-inch touchscreen, although the thick bezels and inclusion of an easy-to-use volume dial do take up quite a bit of horizontal space.

Below the infotainment touchscreen are slim air vents followed by plenty of buttons and dials to control the climate system. The latter may seem archaic in a world where carmakers integrate such controls into a touchscreen, but there’s still a case to be made for not wanting tap multiple times on a screen just to turn on/off a function. 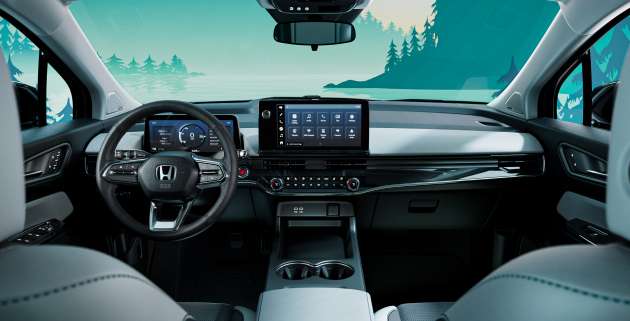 Elsewhere, another display measuring 11 inches acts as a digital instrument cluster, while the steering wheel features not many buttons. The two-tier centre console is without any buttons at all, with controls for the electronic parking brake (with auto hold), Sport mode and lane centring positioned to the left of the driver instead.

Honda says it will release more details of the Prologue in the coming months, so we’ll have to wait to find out more about it. The carmaker has set a global goal to achieve carbon neutrality for all products and corporate activities by 2050, with 30 new EVs set to be introduced globally by 2030.

In North America, the Prologue will lead the initiative before sales of Honda models based on its e:Architecture begin in 2026. The following year, the company plans to sell a new series of affordable EVs co-developed with GM. To support the rollout of EVs, a joint venture has already been established with LG Energy Solution to produce lithium-ion batteries in the United States to power Honda and Acura EV models.