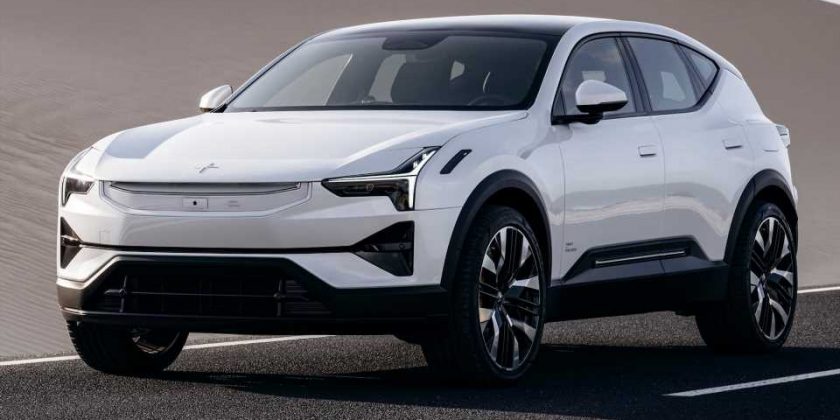 Up to this point, Polestar has been a niche manufacturer making smaller-segment luxury models—coupes and compact electric sedans—threatening little to no competition and achieving relatively low sales volumes. That should change with the introduction of the Polestar 3 electric SUV.

The all-EV company now heads for the mainstream with the 3. A skosh smaller than the BMW iX, a key competitor, the two-row 3 will launch with an all-wheel-drive powertrain and a feature-packed Long-Range Dual-Motor trim with only one available option package.

Energy is stored in a 111-kWh battery pack (107 kWh usable) stuffed with 204 prismatic cells that can be DC fast-charged at up to 250 kW. The EPA has yet to rate the 3, but Polestar estimates up to 300 miles on a full charge, or 270 with the optional Performance pack. A mechanical heat pump is standard.

The rear motor offers torque-vectoring capability via a pair of clutches, and it can also be decoupled from the drivetrain entirely to increase efficiency. Polestar cites a 0-60-mph time of 4.9 seconds for the basic version and 4.6 with the Performance upgrade, and it also says the 3 will be able to tow up to 3,500 pounds.

The Goods on the Goodies

The Performance pack is the sole add-on bundle available at launch, and it ups the 3’s output from an already healthy 489 horsepower and 620 lb-ft of torque to 517 hp and 671 lb-ft. Other Performance bits: sportier chassis tuning for the standard air suspension, steering, and other elements; 22-inch wheels (up from the base 21s) wrapped in Pirelli P Zero rubber; a range optimization mode; and gold highlights inside and out. Among the few standalone options are different 22-inch wheels, Nappa leather ventilated and massaging seats, and metallic paint colors.

For the first year, the Plus and Pilot packages will be included on every 3 (they become optional after that). The former combines a 25-speaker, 1,610-watt Bowers & Wilkins audio system; soft-close doors; a heated windshield; heated rear seats and steering wheel; a choice of recycled microsuede or sustainable wool upholstery; and more. The Pilot bundle brings Pilot Assist hands-free driving capability, a head-up display, and automated parking assistance.

Speaking of automation, every 3 packs five radar modules, five external cameras, two internal driver cameras, and 12 ultrasonic sensors. Later next year, buyers will be able to spec a Pilot Pack with Lidar that piles on three more external cameras and four more ultrasonic sensors, as well as lidar capability, front and rear camera cleaning, and more processing power. The idea is that 3s with this bundle will help prep the car for full autonomous driving.

A nice inclusion is a child- and pet-safety mode that uses radar inside of the car to detect micro movements to avoid leaving a loved one behind; it’s also linked to the climate control to make sure things don’t get too hot or cold. Powering all the tech is a centralized computing architecture with Nvidia Drive processing hardware at its core.

The hood is itself a showpiece, incorporating an efficiency-enhancing wing on its front edge that will become a stylistic signature for Polestar vehicles moving forward, alongside the dual-blade headlamps and what’s called the SmartZone, the area on the front fascia that hides all the various forward-facing sensors. Also of note: The 3 debuts an all-new, electric-vehicle-only platform shared with Volvo.

Pricing for the well-equipped first-year Polestar 3 rings in at $85,300, just a couple hundred bucks above the base 2023 BMW iX. Deliveries of the 3 are scheduled to start in the fourth quarter of 2023, with initial examples rolling off assembly lines in Chengdu, China, for markets in North America, China, and Europe. By mid-2024, Polestar will begin assembling 3s destined for North America at a new factory in Ridgeville, South Carolina, which it will share with Volvo.

Expect models with less standard kit, single motors and smaller battery packs to eventually join the lineup to broaden the 3’s appeal for shoppers at different (read: lower) price points. One new EV is planned per year through 2025, with the 3 leading the way in 2023 for the 2024 introduction of the sporty 4—a compact SUV-coupe-thing—and the halo 5 sedan, which will bring the stunning, rear-window-less Precept concept to life in 2025.