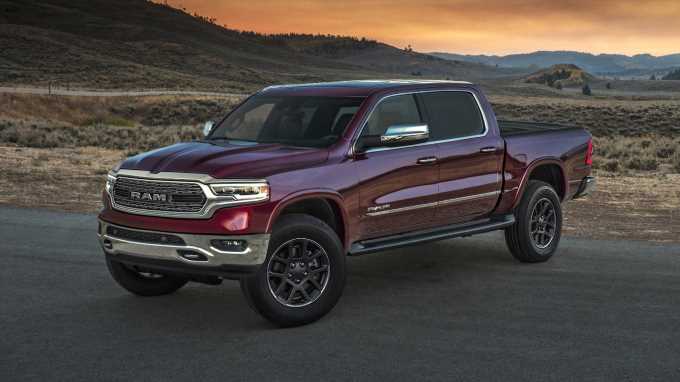 WHAT IT IS: Ram’s new midsize pickup—if it happens, that is. Ram has made statements committing to the Dakota’s return, but we haven’t heard much since the FCA-PSA merger that formed Stellantis. Pre-merger, Ram chief Mike Koval Jr. told MotorTrend the midsize segment was “the biggest opportunity” for the Ram brand.

WHY IT MATTERS: Dodge, the brand from which Ram was spun off, dropped out of the midsize pickup market some time ago. In fact, it was in 2010 that the slow-selling Dodge Dakota got the chop. Ram’s domestic rivals are seeing strong sales success with the reborn Chevrolet Colorado, GMC Canyon, and Ford Ranger, so Stellantis wants back in this once again lucrative segment. But what form might a new Dakota take? So far, Stellantis isn’t saying.

PLATFORM AND POWERTRAIN: The most obvious way a new Ram Dakota could materialize is as a small body-on-frame truck. It might share bones with the Jeep Gladiator, which would make its powertrain choices competitive with its crosstown rivals, or it could be based on a downsized Ram 1500 (above) platform, which would enable class-exclusive fitment of a V-8 (which seems like a Mopar sort of thing to do). It’s also possible the Dakota could be reborn as a lifestyle pickup along the lines of the 2022 Hyundai Santa Cruz. Stellantis already sells such a pickup in Central and South America; it’s known as the Fiat Toro in Brazil, but in other Latin American countries it’s sold as the Ram 1000.

ESTIMATED PRICE: A body-on-frame Ram Dakota pickup would have to be price competitive with the Colorado and Ranger, which today start at around $26,000. Jeep sells Gladiators for $60,000 or more. Considering the array of comfort and convenience features available on Ram’s full-size pickups and the potential option of diesel power, it’s also easy to believe a high-end Ram Dakota with all the trimmings could easily exceed $50,000.