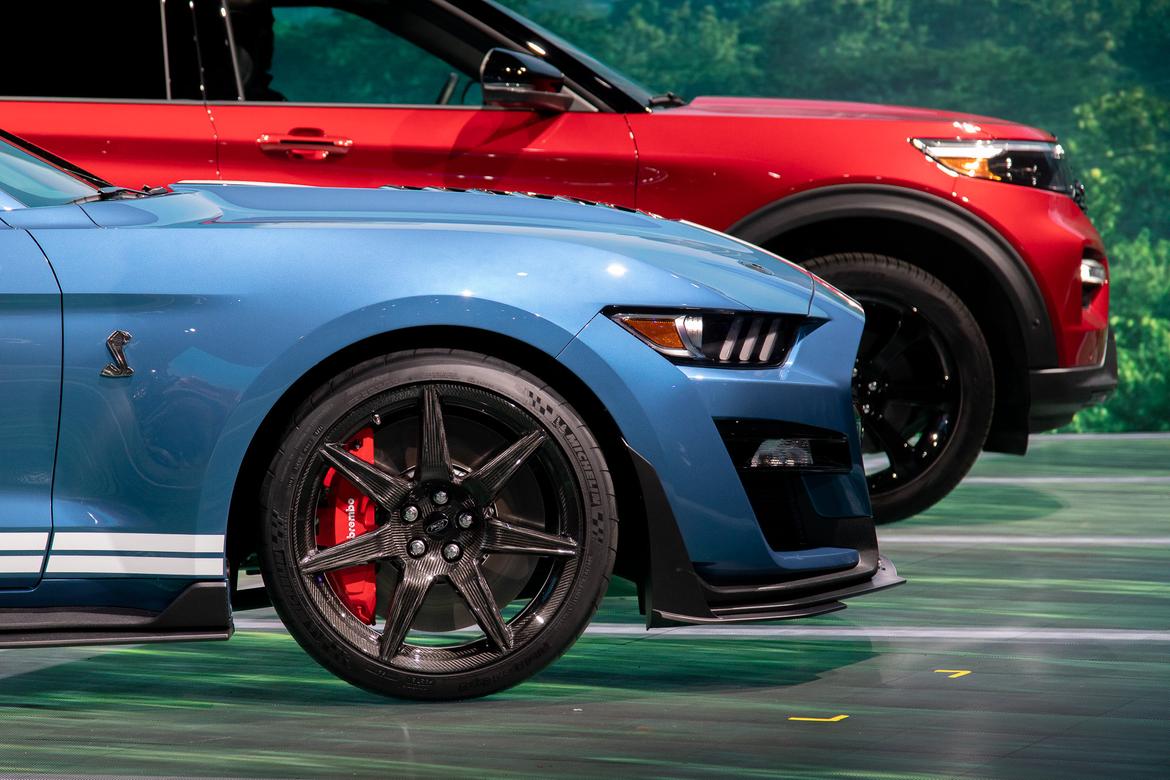 Not every vehicle at the 2019 North American International Auto Show in Detroit is electric or an SUV — or both. We may have named an SUV our Best in Show — and deservedly so — but there's still plenty out there for people who still think cars are more than just appliances or mobile storage units for themselves and their family.

You won't find any self-driving cars on this list. Fuel efficiency wasn't a chief concern when these cars were designed. These are cars designed by and for drivers — one even offers only a manual transmission! In 2019! So, if you're the type of person who grew up with posters of supercars on your wall, who fell in love with cars before you hit puberty, these are the vehicles you should check out in Detroit.

This one goes out exclusively to the enthusiasts. Here are four cars for fanboys now on display at the Detroit auto show:

It's been 20 years since the Toyota Supra was last sold in the U.S., but it's coming back this summer. The result of a collaboration with BMW, the new Supra has two seats, a 335-horsepower, turbocharged 3.0-liter inline-six engine sourced from BMW and an eight-speed automatic transmission. (Toyota hasn't closed the door on a manual transmission, but a stick shift won't be offered at launch.) Toyota claims the Supra can hit 60 mph in 4.1 seconds on its way to an electronically limited top speed of 155 mph. What's it cost? The base 3.0 version starts at $50,920, including destination. — Mike Hanley, senior research editor

Is the Ford Mustang Shelby GT350's 5.2-liter V-8 not enough muscle for you? Are you jealous of your neighbor's 2019 Dodge Challenger SRT Hellcat Redeye's ability to run the quarter-mile in the high 10s right from the showroom floor? Then go for the new 2020 Mustang Shelby GT500. With a supercharger planted deep into the vee of its 5.2-liter V-8 and the promise of "more than 700 hp" according to Ford, the new Shelby will be the most powerful Mustang Ford has ever produced. And with a race-ready electronic suspension, robust seven-speed dual-clutch transmission, absolutely massive brakes and adjustable aerodynamics, it should be able to destroy that Hellcat Redeye on a road course.  — Aaron Bragman, Detroit bureau chief

The U.S. is getting its first taste of the S models of its WRX STI sedans that have been forbidden fruit. These most powerful and capable versions of the WRX STI had been available only in Japan starting with the S201 in 2000; Subaru says it now will build for the U.S. a limited run of "around" 200 of the 341-hp 2019 S209 that made its debut at the Detroit show and will be on sale late this year.

Lexus has updated its performance-oriented RC F coupe for 2020 with added power and edgier styling, while also injecting even more excitement into the lineup with a new Track Edition. The RC F's face gets more attitude for 2020 thanks to a more pinched grille, crisper lines and more dramatic, stacked headlights. In the back, revised taillights nestle into a more chiseled-looking bumper.

The limited-production Track Edition, meanwhile, is hard to miss. It wears a specific lower spoiler made from carbon fiber. Lexus says it was designed to reduce the vehicle's weight and increase front-end downforce for better handling. The rear end sports a fixed carbon-fiber wing, which replaces the RC F's standard active spoiler. The wing is lighter than the regular spoiler, but it also reduces drag and adds downforce.

The previous model's 5.0-liter V-8 and eight-speed automatic transmission pairing carries over, but the engine now makes 472 hp, up 5 hp; torque is also up slightly to 395 pounds-feet. The Track Edition uses the same 5.0-liter V-8, but Lexus says the car's weight savings help it sprint from zero-to-60 mph in 3.96 seconds, 0.24 second faster than the regular RC F. Bonus: it should sound more aggressive, too, thanks to its titanium exhaust tips. — Jennifer Geiger, news editor