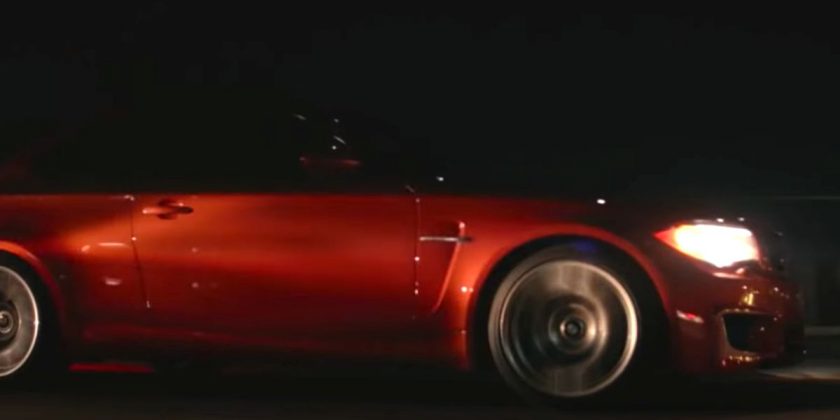 James Bond films tend to be pretty good at keeping petrolheads interested. The latest film in the franchise, No Time To Die, keeps this up with a bevvy of gorgeous Aston Martins for 007 and a fleet of leaping Land Rover Defenders for the bad guys.

The car you see first in the newest trailer for the film, however, and the one that stands out the most, isn’t any of those – it’s the surprise appearance of a Maserati Quattroporte IV.

Normally when there’s an odd car choice in a film, it can be put down to product placement – see also Ben Affleck’s Bruce Wayne driving a Jeep Renegade, or Black Widow and Hawkeye managing to find a brand-new Audi A3 convertible in war-torn, poverty-stricken Sokovia.

The use of an older car like the Quattroporte IV, however, clearly isn’t something done on at the behest of someone in a marketing or PR office. And as such a rare and unusual car, it sticks out like a sore thumb when seen by a car geek, making us ponder the rationale behind the niche choice. This got us thinking – what other inexplicable car choices have there been in cinema lately? Here are some of our picks.

There’s nothing odd about seeing an M car in film, but normally – as in a few of the recent Mission Impossible flicks – this involves rubbing shiny new products like M3s and M5s in your faces. The 2014 remake of 70s film The Gambler, however, had a BMW 1M as the lead character’s daily, two years after the car went out of production.

Sure enough, this wasn’t a car lent to the production team by BMW itself to bag some screen time. According to BMW Blog, the car was seen by the filmmakers on eBay, but rather than purchase outright, the owner was paid $15,000 for a three-month rental. We’ve no idea if it was a 1M that was specifically sought, although this seems unlikely given the car’s rarity.

Whatever the reason for it being chosen (perhaps they just thought Mark Wahlberg would look good in it, and sure enough, he does), it’s a cool car to see on screen. It’s just a shame one character refers to it as an ‘M1’. Sigh.

Many of the posters and even the DVD cover art for Baby Driver prominently feature a Dodge Challenger Hellcat, but in the film, the muscle car appears for less than a minute. The movie’s biggest automotive star is instead a second-generation Subaru WRX. A WRX which at one point sounds like it uses an RB26, but it’s in a great scene, so we’ll let that slide.

Speaking to Car Buzz a few years ago, Jeremy Fry, one of the film’s stunt drivers, explained the reason for the choice. “Edgar [Wright, the director] wanted a pedestrian kind of car that would blend in but something that would also be cool…Robert Nagel [stunt coordinator] had figured the WRX as a pretty cool car that we don’t see much that might give us some options to do some cool driving with”.

As is usually the way for a vehicular member of the cast used in action sequences, there were several WRXs used for the job with varying modifications, including a rear-wheel drive conversion on one example. A few have since up for sale, and one was gifted to Ansel Engort, who plays the titular Baby Driver.

Michael Bay’s 6 Underground includes some of the most ludicrously overt product placements ever seen in film. The moment where star Ryan Reynolds gets to plug his own gin is perhaps the most egregious instance, but the use of an Alfa Giulia Quadrifoglio in the film’s opening chase sequence is also pretty in-yer-face – it’s like watching an advert for the car. If car adverts were allowed to be exciting.

Avert your gaze from the Alfa (which was stunt driven by Fredric Aasbo in some scenes), though, and you’ll spot an eclectic mix of older cars. There’s a Maserati Quattroporte V, a W204 Mercedes C63 AMG estate and – our favourite – an E60 BMW M5. The film’s so-so overall, but whoever was behind choosing those cars deserves a doff of the cap.

For The Hitman’s Bodyguard, another kinda OK Ryan Reynolds film, it’s almost like the producers bought a job lot of early-to-mid noughties cars. Early BMW X5s and Porsche Cayennes, E39 and E60 5-series – they’re all in there. And then we have not one but two early examples of the Ford C-Max, both of which get more screen time than any other vehicle in the film. Who knew this humble MPV would make such a good vehicle for a car chase?

Although the original focus of the Fast and Furious franchise was luridly modified Japanese stuff with the odd dash of American muscle, these days there’s a more ‘anything goes’ approach to the vehicles that star in the films. It just can’t be anything run-of-the-mill.

Regardless, the Mk1 Ford Escort RS1600 driven by Paul Walker/Brian O’Connor in the sixth instalment does feel like an unusual choice. Before that, it felt like the only way we’d see a Ford Escort in F&F would be if Dom travelled back in time to Essex in the 1990s and bought an RS Cosworth.

The production team purchased five Mk1 Escorts for the film, each of which was comprehensively rebuilt and given a roll cage to make them ready for stunt work. The two that were used for the famous jump part of that tank scene didn’t survive the ordeal – according to Edmunds, one landed on its roof, and although the other completed the stunt the right way up, it landed heavily enough to twist the chassis.

Darren Bettencourt, one of the antagonists in The Transporter, is clearly doing well for himself. But perhaps not as well as he’d like – sure, he has a fleet of Mercedes S-Classes, but they’re all of the then-previous-generation (W140) variety. And the one our hero Frank Martin pinches is – weirdly – rolling on some dubious-looking aftermarket wheels, much like his beloved E38 7-series which is blown up earlier in the film and other cars from later in the series. I first saw this film 17 years ago and I still wonder why.

What other inexplicable film car choices can you think of?