You know the saying “to each its own”, well, it’s kind of like a non-acceptance statement when it comes to folks not understanding or agreeing with a particular style (or even make) of vehicle. That’s quite all right—it’s why they make chocolate and vanilla … or something like that. But occasionally, it goes beyond the vehicles themselves. For me, there’s a fine line between customs and lowriders, which I know some don’t agree with wholeheartedly—but I believe that opinion stems from a misperceived cultural stigma rather than being based solely on the similarities between the two. Put the two together inside Cal Expo for the Annual Sacramento Autorama, however, and you can forget about any stigmas, as it’s all about “to each a good time.” 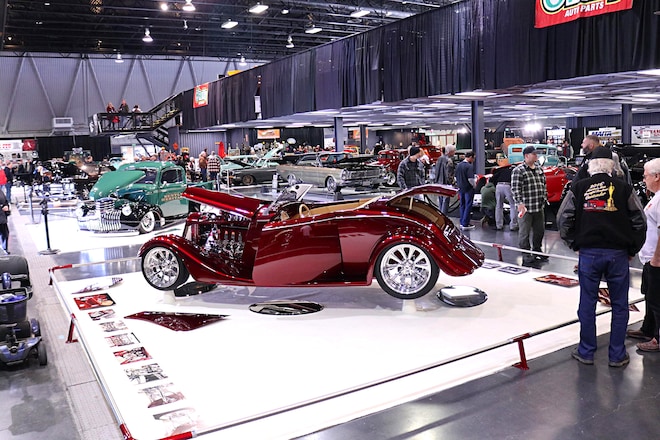 Whether vying for The Baggy—the Harold Bagdasarian Memorial World’s Most Beautiful Custom—or the Custom D’Elegance awards, or just showing off what their club has devoted untold hours and as much hard-earned money into, the customs and lowriders on display were worth the price of admission alone at O’Reilly Auto Parts’ 69th Annual Sacramento Autorama. And for anyone into early NorCal customs, off in the far corner of the main building was the unearthed treasure better known as the Willis Horn 1936 Ford coupe—a real-deal barn find that was never lost, just kept safe in a barn by its owner’s grandson, Jeff Boone (who was given the Ford as a pre-teen), since the mid ’70s. Currently under reconstruction, Boone’s doing his best to bring the coupe back to exactly the way his grandfather had it back in 1941. 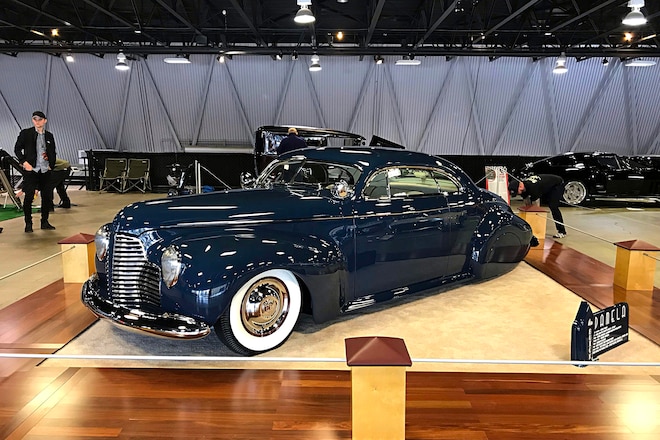 Additionally, this year’s show featured what they’ve dubbed the “Club House,” the Expo’s Pavilion building devoted to many of the local car clubs—including special Corvair and early Ford four-cylinder club displays. Without car clubs, it’s relatively safe to say we wouldn’t be doing what we do today. Our hobby is based on the organization of those who partake in it—grassroots clubs are responsible for everything from the aftermarket that feeds our addiction to modern professional motorsports from drag racing to NASCAR. The Autorama’s Clubhouse was definitely a must-see highlight of the show. 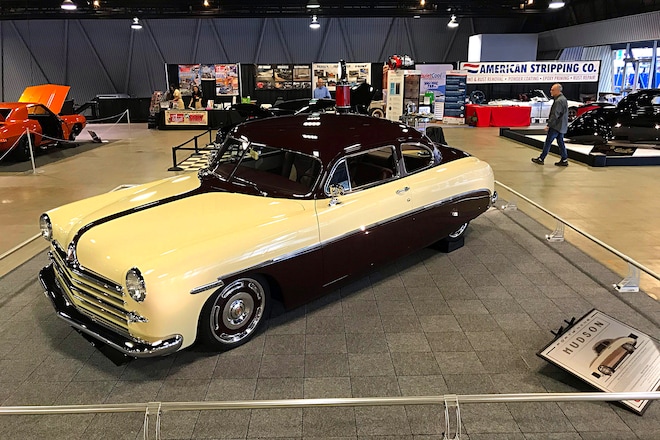 This year’s recipient of the cream of the custom awards crop, the Harold A. Bagdasarian Award for World’s Most Beautiful Custom—aka The Baggy—is owner/builder Steve Pierce’s 1940 Buick Super, aka “Pamela.” The Napa, California-based beauty (the Super, but Pierce’s a handsome fellow nonetheless) was also named the King of Kustoms. The 2019 Custom D’Elegance as well as the Sam Barris Memorial award went to David Eckert’s (Eckert’s Rod & Custom) more contemporary styled yet full custom 1949 Hudson. Going back to the earliest of early custom styling, East Bay Speed & Custom hit the bull’s eye with Brian Rusk’s 1936 Ford three-window coupe—and as one of the results, was honored with the Dick Bertolucci Automotive Excellence Award. True custom enthusiasts will appreciate the attention to detail Brandon Flaner and his crew put into Brian’s Ford—including the blackwalls! And rounding out the top custom awards with a not-so-much custom (but a good friend of ours nonetheless), Tim Kerrigan’s appropriately colored 1933 Ford roadster built by Leonard Lopez/Dominator Street Rods was bestowed with Joe “Candy Apple” Bailon award. Congratulations to all of this year’s winners! 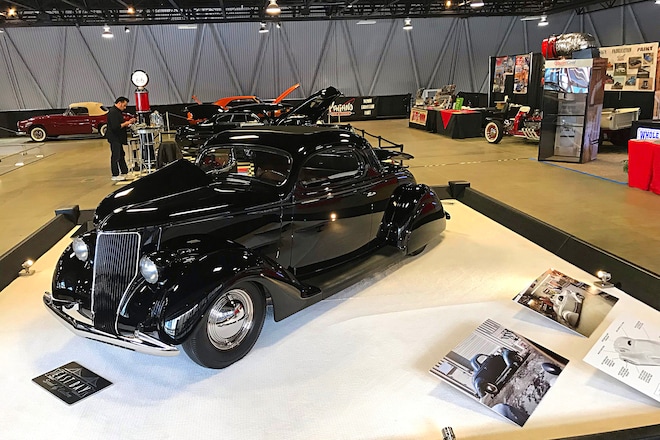