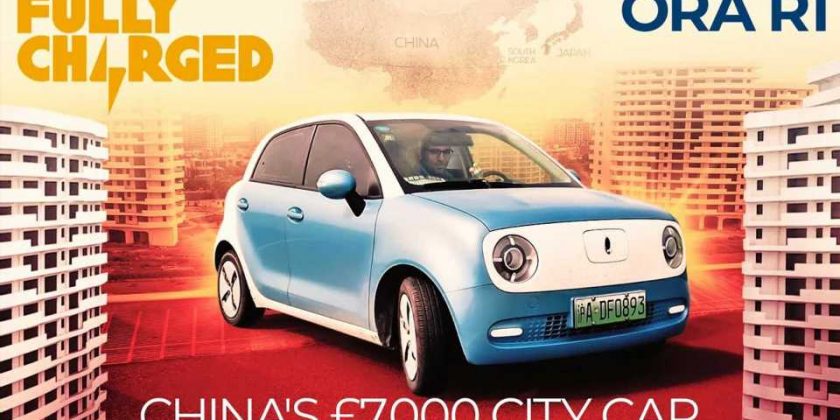 It’s called the ORA R1, made by Great Wall Motors, and it’s nowhere near as bad as you might think.

Chinese automakers used to be famous for blatantly copying established automakers’ designs and then taking advantage of the country’s strange legal system to keep selling these cars locally with no penalty. Things have moved on and nowadays there is far less copycatting going on in the People’s Republic, but it’s a phenomenon that has not yet been eradicated.

One example of it still going on is the ORA R1, a car whose design owes everything to the Smart EQ ForFour. Sure, its designers may have changed its front fascia slightly, and if you compare the two side by side, you will spot more differences, but from a distance you could easily confuse the two.

Design aside, the R1 is not actually as bad as you might think, given its background. It was recently tested by Fully Charged’s new Chinese correspondent who found plenty of positives while to point out too.

Firstly, it’s worth noting that with a 33 kWh battery pack, the R1 actually trumps the Smart EQ ForFour’s 17.6 kWh pack and it offers way better range. It’s quoted as being able to achieve 301 km (186 miles) on one charge, according to the NEDC test cycle; adjusted to the more accurate WLTP test cycle, it should still have a claimed range of over 220 km (136 miles).

And to put all of the above into context, the R1 can be had for the equivalent of $7,000 in China, which for what you’re getting seems like a steal.