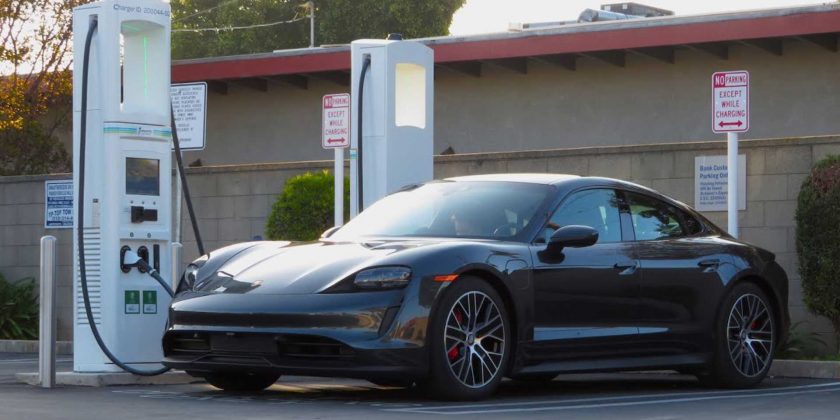 Is this the breakthrough that has kept EVs from exploding in popularity?

Modern electric vehicles are better than we could have anticipated a little over a decade ago. They are fast, highly advanced, long range machines that are a far cry from what was thought possible before Tesla came onto the scene and gave the automotive establishment a kick in the range meter.

But now that longer range EVs are becoming the norm and they have increasingly large batteries, the problem of long charging times is become ever more present. Let’s take a Tesla Model S P100D with its 100 kWh battery as an example – if you plugged it into a typical 110V wall socket, it would take over two days of non-stop charging to fully top up, whereas at the other end of the scales, you have the latest V3 Superchargers that can do the same in around 30 minutes.

Fast chargers are what make modern electric cars practical. Sure, you still wait around for it to charge more than you would have done when filling up an ICE car, but then you have plenty of range and you’re not spewing noxious fumes into the atmosphere while driving – it’s a tradeoff more and more people are willing to make.

Batteries are going to keep increasing in capacity, though, and even at our current rates of very fast charging, we will end up having to wait an hour or more for a big battery EV to be full. Porsche has an answer to that, a technical aspect that makes its Taycan EV unique – whereas most EVs have a 400V electric system, the Taycan runs on 800V.

If you don’t know what that entails, well, it basically means you can charge it at way higher rates. For example, 400V EVs can be charged at around 150 kW, but there are already even faster 800V chargers out there that can pump juice back into a battery pack at a rate of 350 kW.

So once you will be able to charge your EV at 350 kW, that should put range back into the car at a rate of 125 miles (200 km) in under 10 minutes. That means a lot less waiting around, and more time spent on the road, instead of at a charging station.

Once EVs are able to charge at this rate easily and without doing damage to the battery pack, they will pose a serious threat to ICE vehicles. Right now, only the Taycan runs an 800V architecture, and 350 kW chargers are still quite rare (from companies like Ionity, Tritium, Electrify America) in the grand scheme of things, so we’re not quite there yet.

But more and more ultra-rapid chargers are expected to be installed in the next few years, and more EVs are expected to come with 800V electrics. Kia, for instance, will launch a ground-up new electric crossover next year, and even though it has not officially confirmed it, it is believed this new vehicle will be an 800V vehicle.

What Kia did confirm is the charge time for its upcoming battery powered model is going to be 20 minutes, as well as the fact that it will offer a range of around 480 km (300 miles). The Korean automaker also said this new EV will be performance oriented, so it could prove a real contender in the long range luxury segment.

General Motors is also going to deploy 800V vehicles in the near future, although they probably won’t be passenger cars but trucks instead. These vehicles are expected to have battery capacities of up to 200 kWh (so they will have long range) and if they also charge in a matter of minutes, they could be genuinely viable for all manner of commercial applications.

The next five or so years will mark a major turning point in EV history as more ultra-rapid charging infrastructure becomes available and manufacturers launch more vehicles capable of taking advantage of it. However, it seems the shift to ultra-rapid won’t be plain sailing, as is often the case with new tech – last year many 350 kW chargers were shut down over safety concerns.