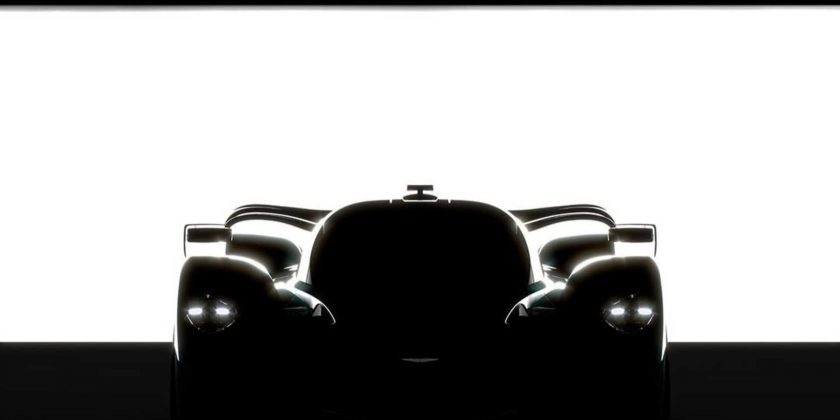 Just earlier this week, a new hardcore version of the Aston Martin Valkyrie made a surprise unofficial appearance at one of the company’s sites. Thankfully, Jalopnik was quick to grab the leaked image before it disappeared from the web, providing us with a very good look at a new variant of the hypercar with crazy aerodynamic upgrades. Now, it seems the British automaker is preparing us for the official debut of the vehicle.

Two Instagram posts point to a full unveiling of the new Valkyrie variant on June 28. One of the teasers shows the wild Valkyrie from the front, suggesting this is indeed the same car that leaked just a few days ago. Most of the machine remains hidden, though at least the new massive rear wing is visible, matching what we saw earlier this week.

Most of the front fascia is in the dark section of the image with basically no visible details but the leaked image showed there will be modifications to the front. These will include a new splitter with a narrower set of attachment points sticking down from the Valkyrie’s leading edge, which corresponds with the new rear wing. From what we are able to see, the massive spoiler flows like a pair of wings out from the central mounting stalks. There might be other modifications, including possibly a taller windscreen, but at this point, we can’t confirm that.

With these new aerodynamic tweaks, the Aston Martin Valkyrie now looks like a racecar more than ever before. We are eager to learn more – especially whether the aero modifications will be supplemented by powertrain and chassis improvements – and the best news is that we won’t have to wait too long until we learn all the official information. Stay tuned for our coverage of the full debut this coming Monday.