With all-wheel drive and as much as 650 hp on tap, it’s a lot faster than a one-horse, open sleigh.

During the summer, Audi tested the next-gen RS7 at the Nürburgring in light camouflage that only covered the revised front bumper. Now that cold-weather evaluations are underway, the engineers were apparently afraid the sport sedan might get chilly because they have covered the body in swirly camouflage from stem to stern. 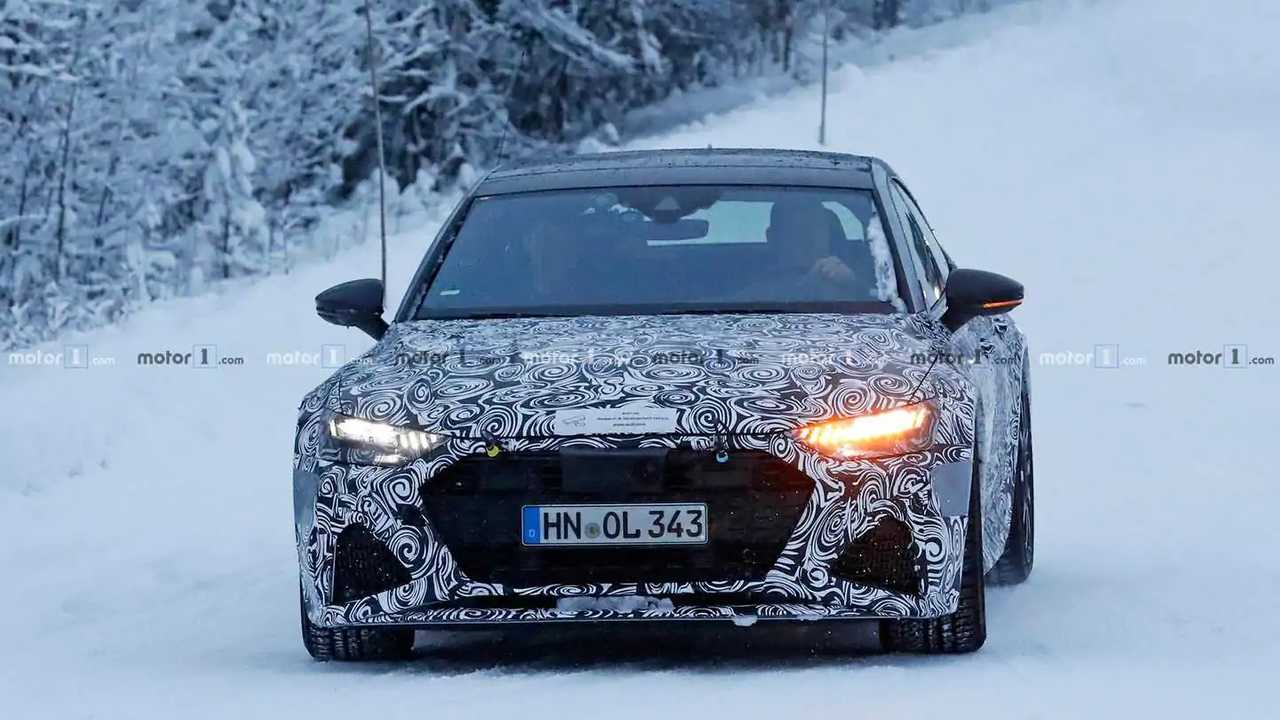 This RS7 test mule has the revised body panels evident in previous spy shots. The sport sedan wears a front fascia with big, triangular inlets in the corners. A huge hexagonal grille with black mesh on the inside dominates the vehicle’s face. Looking closely, there are an array of sensors along its top edge to allow for cutting-edge driver assistance tech.

Snow conceals the back of this vehicle, but we know that there’s a revised rear bumper with metallic trim. Oval exhaust pipes emerge from each corner.

The RS7 rides on a big set of V-spoke wheels. The brake discs and calipers are also properly massive for slowing down the high-performance vehicle.

Power for the new RS7 reportedly comes from a new twin-turbo 4.0-liter V8 that could produce as much as 650 horsepower (485 kilowatts). Naturally for a range-topping Audi, all-wheel drive would be standard, and an eight-speed automatic would likely handling gearbox duties. For comparison, the existing RS7 with the Performance Package offers 605 hp (451 kW), and it’s plenty quick by reaching 62 miles per hour (100 kilometers per hour) in 3.6 seconds.

An even more powerful could arrive later using the electrified powertrain from the Porsche Panamera Turbo S E-Hybrid with at least 680 horsepower (507 kilowatts) on tap.

Look for the new RS7 to go on sale in 2019. We expect a debut in the first half of the year, and March’s Geneva Motor Show seems like a probable spot for the unveiling.