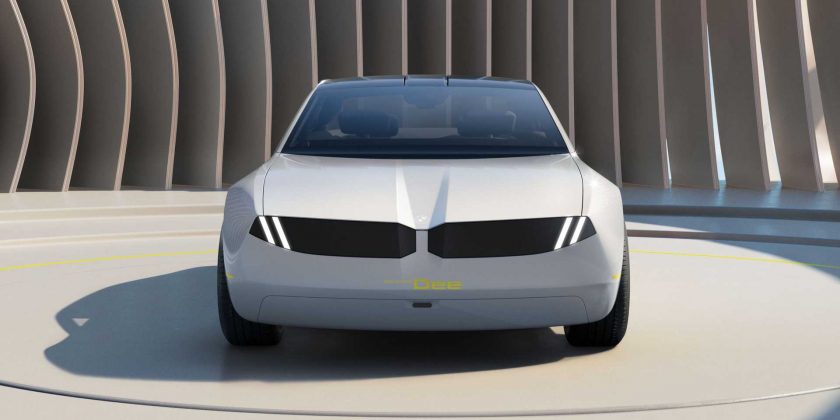 BMW Group CEO Oliver Zipse believes the automaker’s Neue Klasse line of electric vehicles scheduled to debut in 2025 will be the industry’s benchmark when it comes to range, charging speed and pricing.

That’s a bold claim from any legacy carmaker, including one that has BMW’s history, technology and industrial capacity. But we should not forget that BMW launched the i3 EV ten years ago, not long after Tesla debuted the Model S, its first mainstream model.

The Bavarian automaker can therefore be considered an EV pioneer among legacy car manufacturers, and one of the most advanced EV makers today, with a range of products that includes the Mini Cooper SE, BMW iX1, BMW iX3, BMW i4, BMW i7, BMW iX, and Rolls-Royce Spectre, plus many more models to come in the near future.

Those include the next-generation Mini Cooper SE, Mini Aceman, Mini Countryman EV, BMW iX2 and BMW i5 – and that’s before the rollout of Neue Klasse models. BMW Group certainly has the means and know-how to make the Neue Klasse (New Class) EV family an industry benchmark. It also has the will to accomplish that.

Speaking to media at CES 2023 in Las Vegas, where BMW unveiled the i Vision Dee concept that previews elements of the technology for Neue Klasse, Oliver Zipse was adamant that the brand’s new EVs will be class-leading.

“We will be the benchmark in terms of range, charging speed and pricing. Don’t forget pricing,” he told journalists at the sidelines of CES according to Automotive News Europe, without providing any figures. The stress on pricing is interesting given BMW’s luxury brand status; we can only assume the prices will be the lowest in the premium segment.

BMW has already said that Neue Klasse EVs will use newly developed Gen 6 cylindrical cells that are expected to improve energy density by more than 20 percent, charging speed by more than 30 percent and range by 30 percent compared to the carmaker’s current battery technology.

The cells will also be 50 percent cheaper to build and installed straight into the battery pack, eliminating the module layer. BMW said the cells will use a nickel-based chemistry with reduced cobalt content, but Zipse also promised additional battery technologies.

However, he declined to say whether BMW is considering higher-density solid-state batteries or cheaper lithium-iron-phosphate (LFP) batteries like those used by Tesla.

In November 2022, BMW revealed some key specs of the 800-volt Neue Klasse platform to Car Magazine, including outputs ranging from 268 horsepower to 1,341 horsepower, RWD and AWD configurations with up to four electric motors, batteries ranging from 75 kWh to 150 kWh, and a driving range of up to 621 miles (1,000 kilometers).

The Neue Klasse will debut in late 2025 with a 3 Series-sized sedan built at BMW’s new Hungary plant, followed by a sporty SUV made in USA. Zipse said the BMW i Vision Dee concept doesn’t preview the upcoming Neue Klasse sedan, although it does include features that will be found on the production model, such as a windshield-wide head-up display.