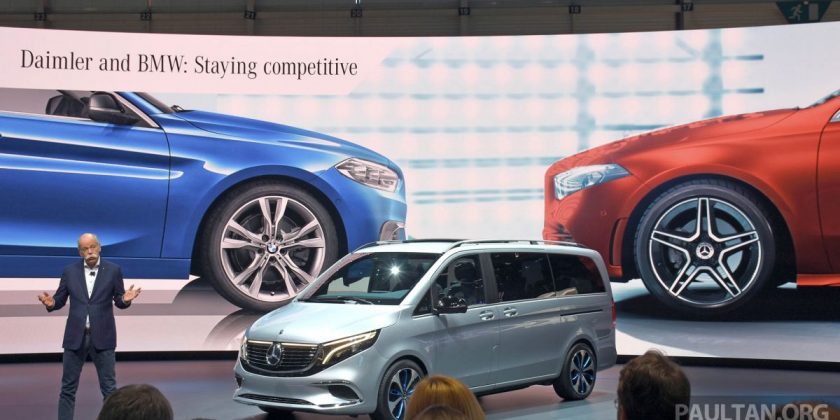 BMW and Mercedes-Benz have put on hold an alliance to jointly develop autonomous driving tech. “Following extensive review, the two companies have arrived at a mutual and amicable agreement to concentrate on their existing development paths, which may also include working with new partners,” the companies said in a joint statement.

“Both explicitly wished to emphasise that cooperation may be resumed at a later date and that the two organisations’ underlying approach to matters such as safety and customer benefits in the field of automated driving remains highly compatible,” they added.

BMW and Mercedes-Benz have been working separately on automated driving but both parties were unable to hold detailed expert discussions and talk to suppliers about technology roadmaps until the contract was signed in July last year. In the talks – and after extensive review – both sides concluded that, in view of the expense involved in creating a shared technology platform, as well as current business and economic conditions, the timing is not right for successful implementation of the cooperation, the companies said.

Announced in July 2019, the agreement was to cooperate on developing next-generation technologies for driver assistance systems, automated highway driving and automated parking to Level 4 standards. The aim was to shorten the time to market and get these into passenger car systems from 2024, with each of the partners implementing these technologies independently in their respective vehicles.

The collaboration would have seen more than 1,200 specialists from both companies working together in mixed teams across Germany. Back then, the two premium brands said that the main thrust of research will focus on developing a scalable architecture for driver assistance systems, including sensors, as well as a joint data centre for data storage, administration and processing, and also the development of functions and software.