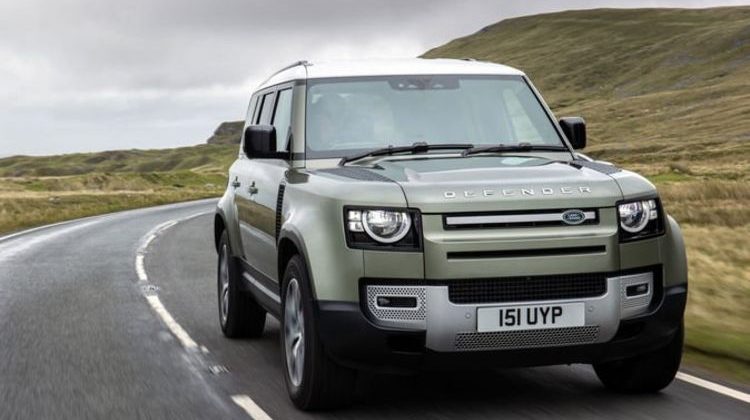 The manufacturer’s new Hydrogen fuel cell electric vehicle prototype will begin testing later this year. The new powertrain is part of the manufacturers plan to reach zero tailpipe emissions by 2036.

Hydrogen models are not as popular on UK roads compared to traditional electric vehicles due to a lack of infrastructure.

However, since 2018, the global number of FCEV’s on the road has almost doubled. 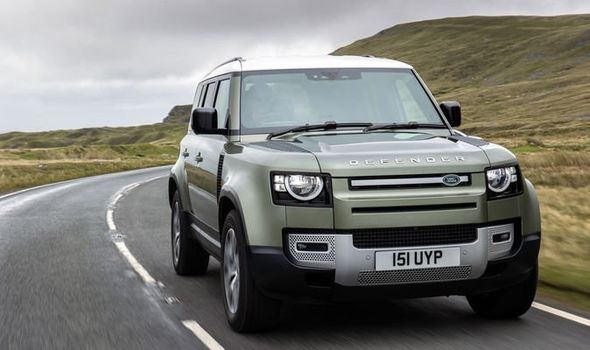 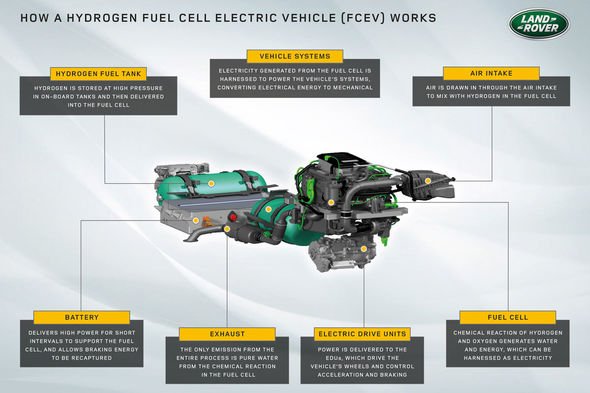 Numbers of hydrogen refuelling stations have slowly increased by more than 20 percent over the past few years.

By 2030, forecasters predict there could be over 10million hydrogen cars on the road.

Jaguar’s new hydrogen model will be based off a New Defender to test how the new technology will work with off-road motoring.

They said the new technology would be key to prepare for the “next generation” of vehicles on the roads.

He said: “We know hydrogen has a role to play in the future powertrain mix across the whole transport industry.

“Alongside battery electric vehicles, it offers another zero tailpipe emission solution for the specific capabilities and requirements of Jaguar Land Rover’s world-class line-up of vehicles.

“The work done alongside our partners in Project Zeus will help us on our journey to become a net-zero carbon business by 2039, as we prepare for the next generation of zero tailpipe emissions vehicles.”

But more needs to be done to boost the numbers of hydrogen models on the road with sales figured down at minimal rates.

According to Autocar, hydrogen sales are so low they account for less than 0.01 percent of the market share.

In 2019, just 68 FCEV’s were sold compared to thousands of traditional electric car models.

Former Top gear host James May recently attacked his Toyota Mirai hydrogen model, claiming the machine was too complicated to use.

He said the model was one of the “nicest” cars he had ever owned, but admitted it was time to “move on”.

He said: “There are other problems with it, to be honest. When I first had this car there were eight hydrogen stations in the whole of the UK.”

He added: “Even today there are only 11 hydrogen stations making it very difficult to use this as your only everyday car.

“It would be fine in Germany they’ve got hundreds of hydrogen stations, so have the Japanese. We haven’t, we are behind.

“Frankly I’m getting a bit old for that sort of thing so I have decided this will go.”