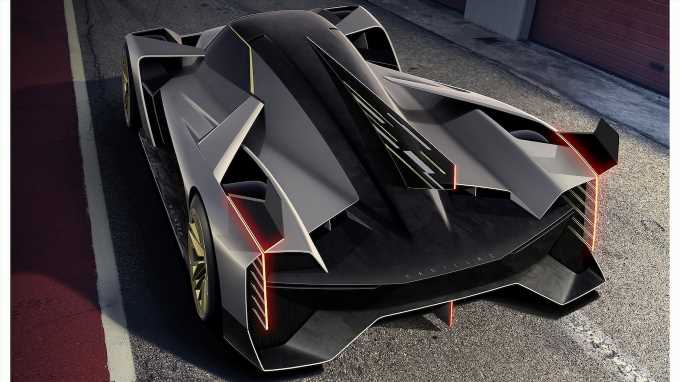 Cadillac will field a new race car in 2023 that will run in both the IMSA and FIA World Endurance Championship series, part of a new class of Prototypes that can be raced in both. While Cadillac has had a very successful IMSA program of late, it hasn’t raced at Le Mans since a lackluster effort in the early 2000s, and before that in 1950 with a famous pair of Cadillacs fielded by Briggs Cunningham, including the fascinating “Le Monstre.”

The brand new Cadillac LMDh-V.R car will replace the current Cadillac DPi-V.R, as the latter’s class will be phased out in favor of the Le Mans Daytona h (LMDh) class. It’s going to be an exciting field, with the Cadillac and LMDh entries from the likes of Porsche and Audi (and perhaps Lamborghini, later on) set to compete alongside the Le Mans Hypercar (LMH) entries like the Toyota GR010 Hybrid that just won the 89th running of the 24 Hours of Le Mans a few days ago, and the Glickenhaus entry. Alpine may compete at Le Mans in either the LMDh or LMH category in the future; the idea is LMDh and LMH cars will both have a shot at an overall win.

Dallara will provide the chassis to Cadillac to form the basis of its LMDh car, as it had for the DPi-V.R. Power will be greater than 670 horsepower total output from both the internal combustion and electric motors. The LMDh cars are cost-capped, and constructors are limited to approved makers like Dallara, Ligier, Multimatic, and ORECA. The powertrain itself is a spec unit provided by a consortium including Bosch, Williams, and Xtrac.

While the idea of Cadillac returning to France is thrilling, it’s worth remembering the LMDh cars will continue to compete in the IMSA WeatherTech Sports Car Championship series. In fact, the Cadillac LMDh-V.R will debut in the January 2023 Rolex 24 at Daytona International Speedway, and will face a broader array of competitors in the IMSA LMDh series, including BMW and Acura. Cadillac’s IMSA partners, Chip Ganassi Racing and Action Express Racing, will continue racing the full IMSA-season schedule (and, we presume, subsequent seasons) with the LMDh cars.

It’s going to be an exciting few years in the top-tier of endurance racing, and we’ll keep a close eye on Cadillac’s LMDh-V.R car as it continues its development and eventually debuts at Daytona in about a year and a half from now.