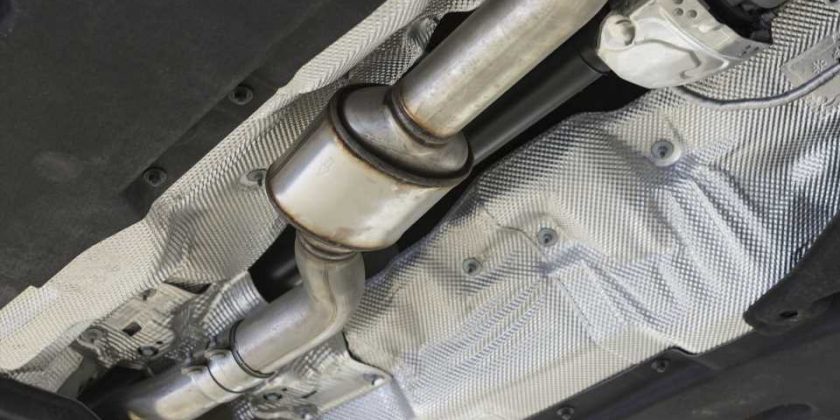 Until we live in a world of self-sustaining solar hydrogen vehicles with zero emissions (we can dream, yeah?), we’re stuck with a bunch of band-aids over the environmentally unfriendly problems we’ve created. A catalytic converter, which cleans up some of the toxic emissions created by internal combustion engines, is one such “fix.”

A catalytic converter is the part of your exhaust system that gulps in bad fumes from the engine and spits out less bad fumes. Their functionality is crucial not only to keep the vehicle running smoothly but also for passing emissions tests and keeping the air clean for consumption.

Modern OEM catalytic converters are designed to last roughly 10 years, give or take a few, or approximately 100,000 miles. However, some could last years beyond their expectancy, and their longevity might have some owners wondering if these devices require maintenance or cleaning. The short answer is no, but it’s more complicated than that. The Drive’s seasoned informational team answers all of your questions about catalytic converters below. Let’s get to it.

What Is a Catalytic Converter and What Does It Do?

As an integral piece of a vehicle’s exhaust system, a catalytic converter controls and reduces emissions as they travel out of the engine and into the open air. Located between the exhaust manifold and the back pipe, a catalytic converter uses built-in catalysts to convert hydrocarbons, carbon monoxide, and nitrous oxides into less harmful byproducts such as water vapor, carbon dioxide, and nitrogen.

How Does a Catalytic Converter Work?

The inside of a catalytic converter contains a metal or ceramic substrate, or a surface on which chemical reactions occur. The substrate is covered in precious metals such as platinum, palladium. and rhodium. With the correct level of heat, the hydrocarbons, carbon monoxide, and nitrous oxides pass over and through the substrate, react with the precious metals, and are converted into less harmful gasses that exit through the muffler and exhaust pipe. 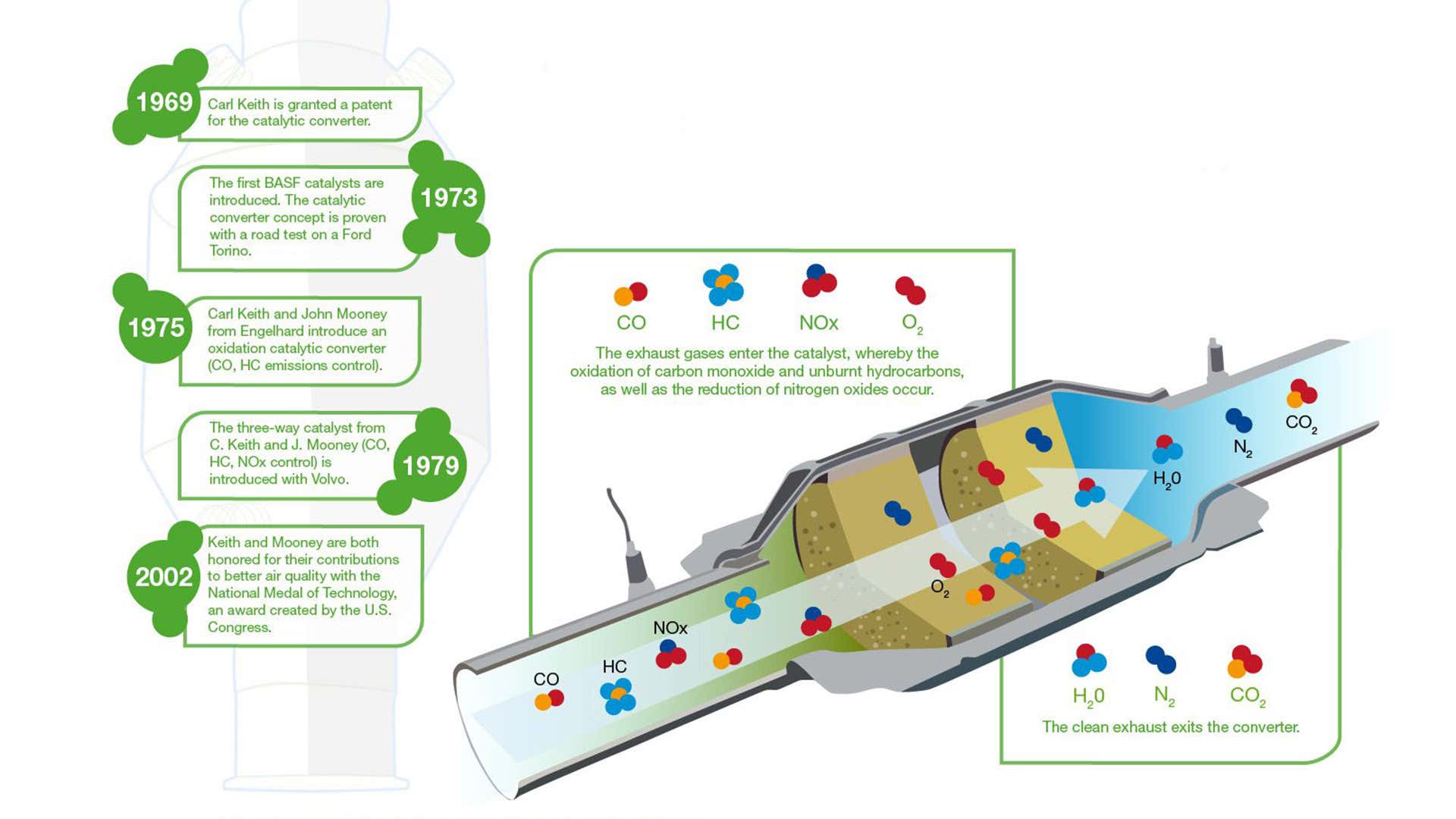 Symptoms of a Bad Catalytic Converter

Modern catalytic converters are tied into a vehicle’s on-board diagnostic (OBD) system with sensors. If the catalytic converter is not working at peak efficiency, the sensor will throw an error code, which will alert the driver with a notification or warning light. The most common code, P0420, reads, “Catalyst System Efficiency Below Threshold.” Although the name suggests an issue with the converter, it’s most likely the result of a problem upstream that is causing the converter to lose efficiency. Other symptoms include:

Possible Causes of a Damaged or Clogged Catalytic Converter

Catalytic converters do not fail on their own, so it’s crucial to fix the problematic issue before determining the converter needs replacing. Numerous things could cause issues with the catalytic converter, as it’s directly related to the combustion process. Here are the most common:

When the fuel-to-air mixture is not tuned to its proper ratio, the results could affect and/or damage a number of related car parts. As the catalytic converter is downstream from the combustion chamber, lean or rich conditions can create an excess of fuel or carbon build-up. If fuel enters the catalytic converter, it could burn and melt the device’s guts.

Sensors are located throughout an engine and its connected exhaust system. These sensors test oxygen levels to ensure the automobile is functioning at normal peak conditions. If one of these sensors has a bad connection, bad wiring, or has gone bad itself, it will not make the necessary readings to keep things in check. Without the watchdogs, levels could be off, which could lead to overheating that damages the converter.

The converter can be physically damaged by things such as speed bumps, off-roading, driving over branches, rogue highway tires, or a variety of other impediments. Damage to the external shell and/or the internal components could result in insufficient operation or literally falling off. 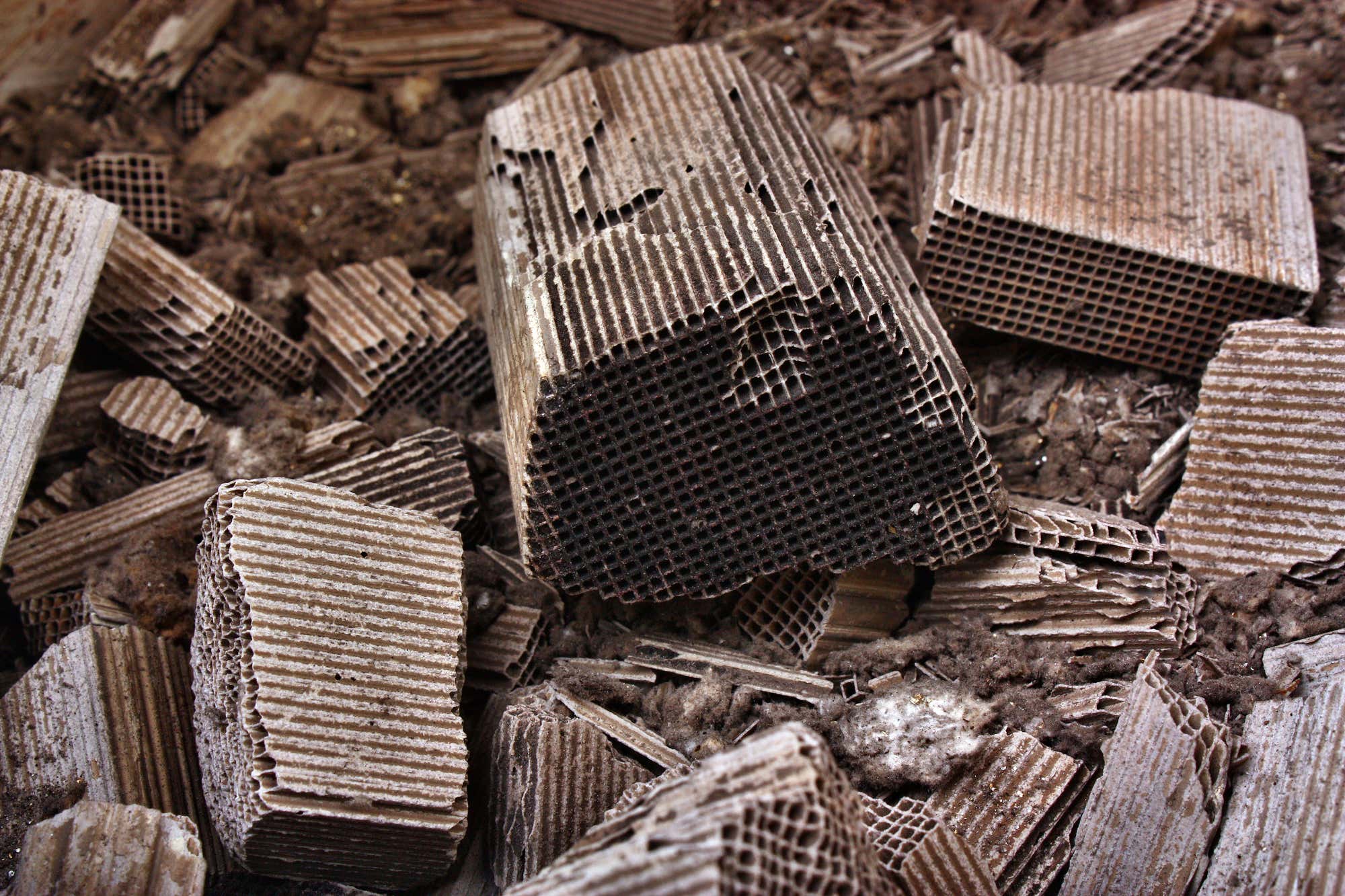 The core of a catalytic converter looks similar to a honeycomb.

Additive and cleaning products such as Cataclean claim to clean a vehicle’s catalytic converter, oxygen sensors, fuel injectors, and cylinder heads. Customer reviews tout different results, but we’ve yet to see substantial evidence that these sprays are anything more than marketing-heavy stop-gaps at best, snake-oil at worst.

Yes, Cataclean is EPA approved, but it’s better to find the real problems and fix them the right way.

Can I Clean My Catalytic Converter With Soap and Water?

No. Knowing Dawn dish soap is safe enough for washing little baby ducks might lead you to believe it’s safe to use on your catalytic converter. To that I respond: Does a cat look like a duck?

Can I Clean My Catalytic Converter With Lacquer Thinner?

Don’t do it. Regardless of how many YouTubers talk about how they tried it, no manufacturer we’ve spoken to has ever approved of using this method.

The Drive recognizes that, even with the help of our step-by-step how-to guides, a rusty bolt, a twisted engine component, an oil leak, or a multitude of other issues can quickly derail a project. That’s why we’ve partnered with JustAnswer, which connects you to certified mechanics around the globe, to get you through even the toughest jobs.

So if you have a question or are stuck, click here and talk to a mechanic near you.